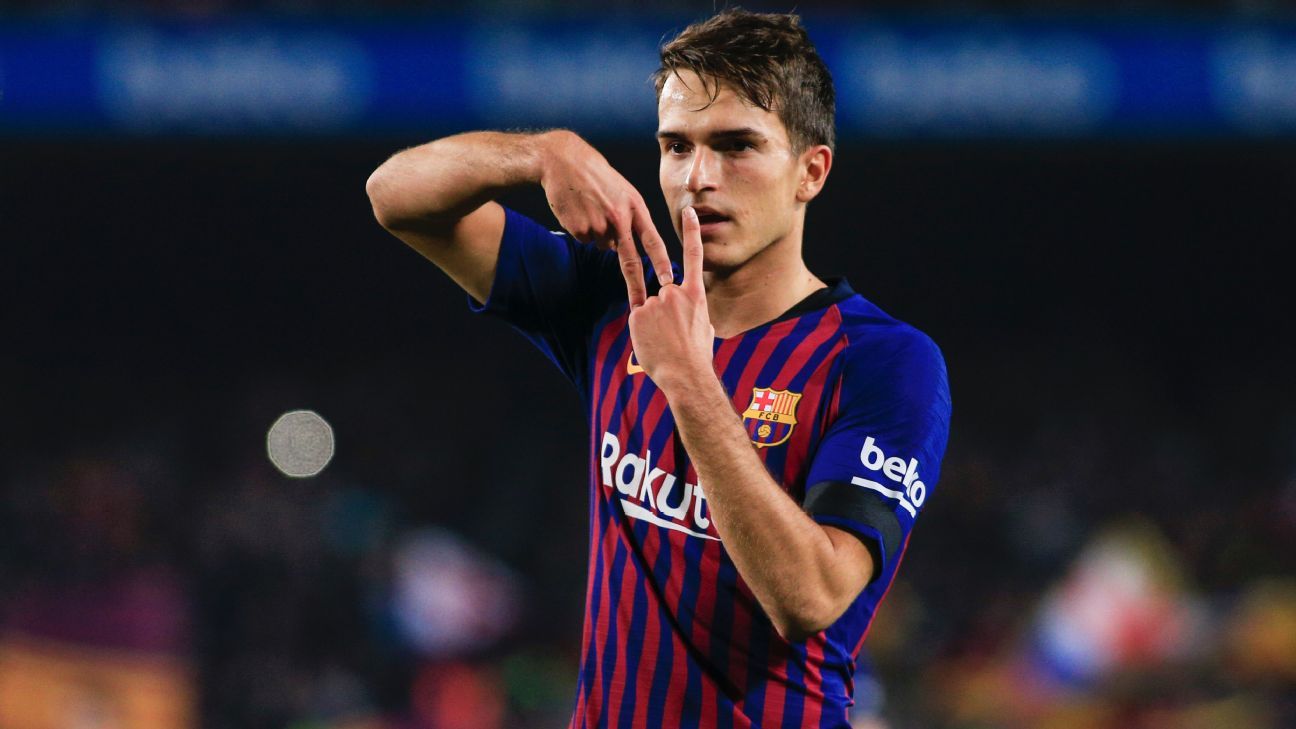 It’s no secret that Arsenal are looking for a new midfielder in the coming months after the club decided not to offer Aaron Ramsey a new contract. With the Welshman set to depart in the summer for free, the Gunners might be tempted to cash in during the January transfer window and the Independent claims that Barcelona’s Denis Suarez is top of the list.

Suarez, 24, is sick of being known as ‘the second Suarez’ at Camp Nou, but even sicker of not actually playing any games.

Whether that would change at the Emirates is up for debate, but the Spain international would certainly cost a lot less than some of the other options around.

Away from the Bridge

Bournemouth and West Ham are looking to make a move for Ruben Loftus-Cheek, according to The Sun. Both clubs will make bids in January to bring Loftus-Cheek in on loan before making the move permanent in the summer.

The 22-year-old has appeared sporadically under Maurizio Sarri, scoring three goals in both the Premier League and Europa League so far, but hasn’t seen the regular time that he got on loan at Crystal Palace last season.

Sarri said a few weeks back that he wanted to keep the England international at Stamford Bridge, but renewed pursuit from Premier League rivals could lead to a winter move away.

The 20-year-old midfielder has played fewer than 500 minutes of Premier League football this season, after being bumped to the bench by Andre Gomes.

Davies’ emergence was one of the bright points of a couple of frustrating seasons under Ronald Koeman and Sam Allardyce, but he has seen precious little game time since Gomes’ arrival on loan from Barcelona.

No transfers for Tottenham

It’s better to keep the powder dry and money in the bank, rather than spending on something that isn’t quite right. That’s Tottenham manager Mauricio Pochettino’s opinion anyway.

After Danny Rose said earlier in the week that he wasn’t sure if any reinforcements would be arriving in January, Pochettino has seemed to reinforce this message. No signings is not always a bad thing, and it can be better for team spirit not to sign the wrong player.

Spurs fans, aching from no new signings in the summer and seeing the injury problems the squad has had — with both Serge Aurier and Kieran Trippier out injured — may not be totally appeased by their manager’s message, though.

However, Pochettino has stressed his faith in academy graduate Kyle Walker-Peters, who has started only one match this season but signed a new contract on Monday which will run until 2023.

“I think Kyle Walker-Peters has the option to play,” Pochettino told a news conference in Barcelona. “I want to remind you that 18 months ago he won the Under-20 World Cup in Korea, and the quality is unbelievable.”

Is Rangers journey over for Ovie?

Steven Gerrard won’t block an early return to Liverpool for Ovie Ejaria, who’s on loan at Rangers, so the Daily Mail reports.

The 21-year-old midfielder has been a fairly familiar face at the Scottish club with regular appearances, but his form has dipped of late.

In a turn of events that’s raised eyebrows and helped spark rumours, Ejaria has deleted his Twitter account and removed all traces of his time at Rangers from Instagram.

The Foxes have been keeping an eye on Jardim for a few weeks, with current manager Claude Puel’s position looking shaky.

Results have since improved, but Leicester are still considering Jardim — possibly for the longer term, or end of the season at least, rather than an immediate replacement.

For Jardim’s part, he’d like to manage in the Premier League, and was recently one of the names in the frame for the vacant Southampton job after Mark Hughes was sacked.

Neil Warnock has confirmed that Cardiff are one of the teams on the list of potential Clyne suitors. The right-back has slipped behind Trent Alexander-Arnold, Joe Gomez and seemingly James Milner in the pecking order at Liverpool, and Warnock admitted in his news conference on Friday that Clyne is one of the players Cardiff are looking to sign in January.

Manchester United may break the defensive transfer record to bring in Koulibaly, according to the Evening Standard. Jose Mourinho has long wanted a new central defender, although a deal for the Napoli centre-back could set the Red Devils back £100 million. Possibly because of this price tag, Mourinho has also identified three non-Koulibaly options, according to the Manchester Evening News.

In other central defensive news, Cahill — not in contention at Chelsea — could be on his way across London to the Gunners, as ESPN has reported. With Rob Holding out and other Arsenal centre-backs having struggled with injuries, Cahill could be a short-term option, according to Unai Emery.

Rumours of a move for Morata to the Catalan club were strengthened by comments from Barca full-back Jordi Alba, reported by Spanish outlet AS. The left-back said that Morata would be welcome at the La Liga side, who are currently leading the league. It would be a welcome change of scenery for the Spaniard, whose time at Chelsea hasn’t always been happy.

Rumours have emerged that the Premier League holders could make a £50m move for the Leicester left-back, according to the Mirror. The 21-year-old recently signed a £110,000-a-week contract that lasts until 2024, but has broken into the Foxes first team and has impressed this season. However, Pep Guardiola said in his prematch news conference on Friday that City won’t make any moves in January.