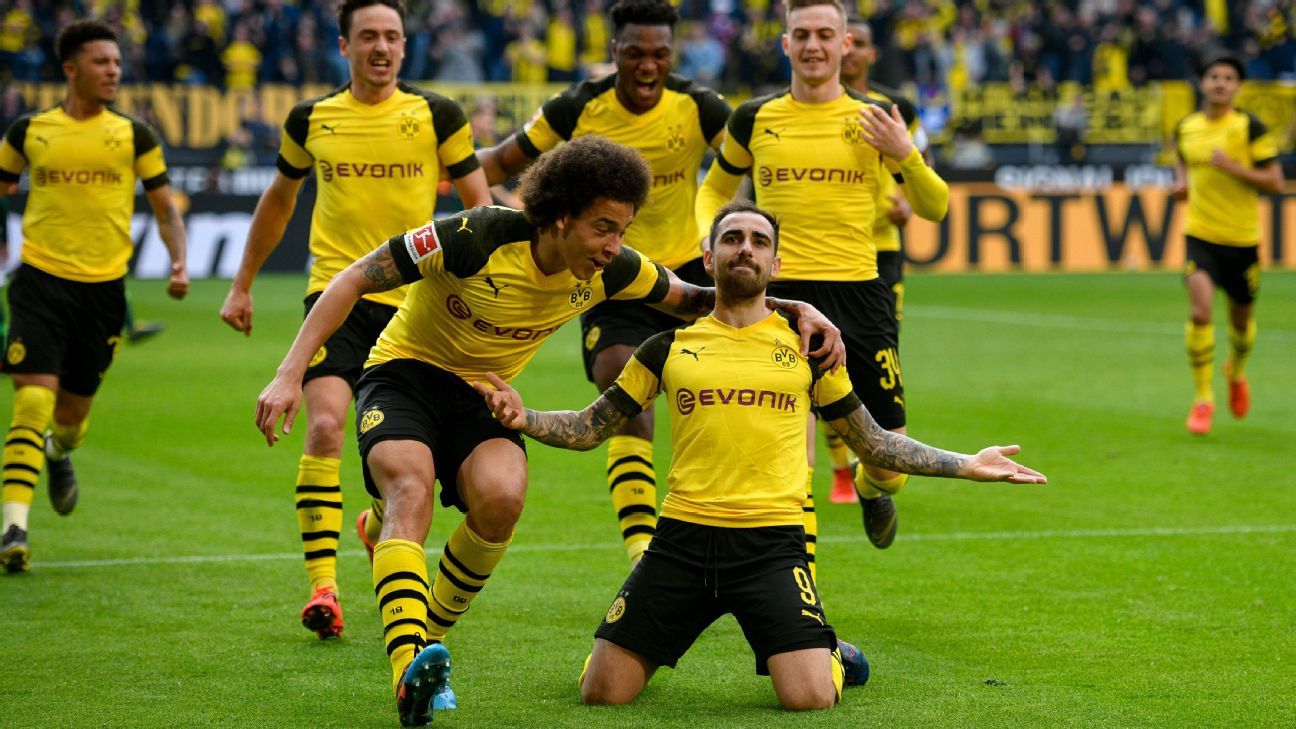 Paco Alcacer scored twice late in the game to gave Borussia Dortmund a 2-0 victory over Wolfsburg and put them two points clear at the top of the Bundesliga.

Alcacer fired a 90th minute free kick from the edge of the box and added another in stoppage time to lift Dortmund to 63 points, with Bayern, whom they face next week, on 61 after their 1-1 draw at Freiburg.

With captain Marco Reus a last-minute absence due to the imminent birth of his first child, Dortmund rarely had a chance in a lacklustre first half.

A pigeon that had camped in the Dortmund box and stubbornly refusing to leave was by far the most interesting incident until the break.

Dortmund picked up the pace after the break but neither Jadon Sancho nor Raphael Guerreiro could beat Wolfsburg keeper Koen Casteels until Alcacer struck twice to take his tally to 16 this season and put Dortmund back on top.