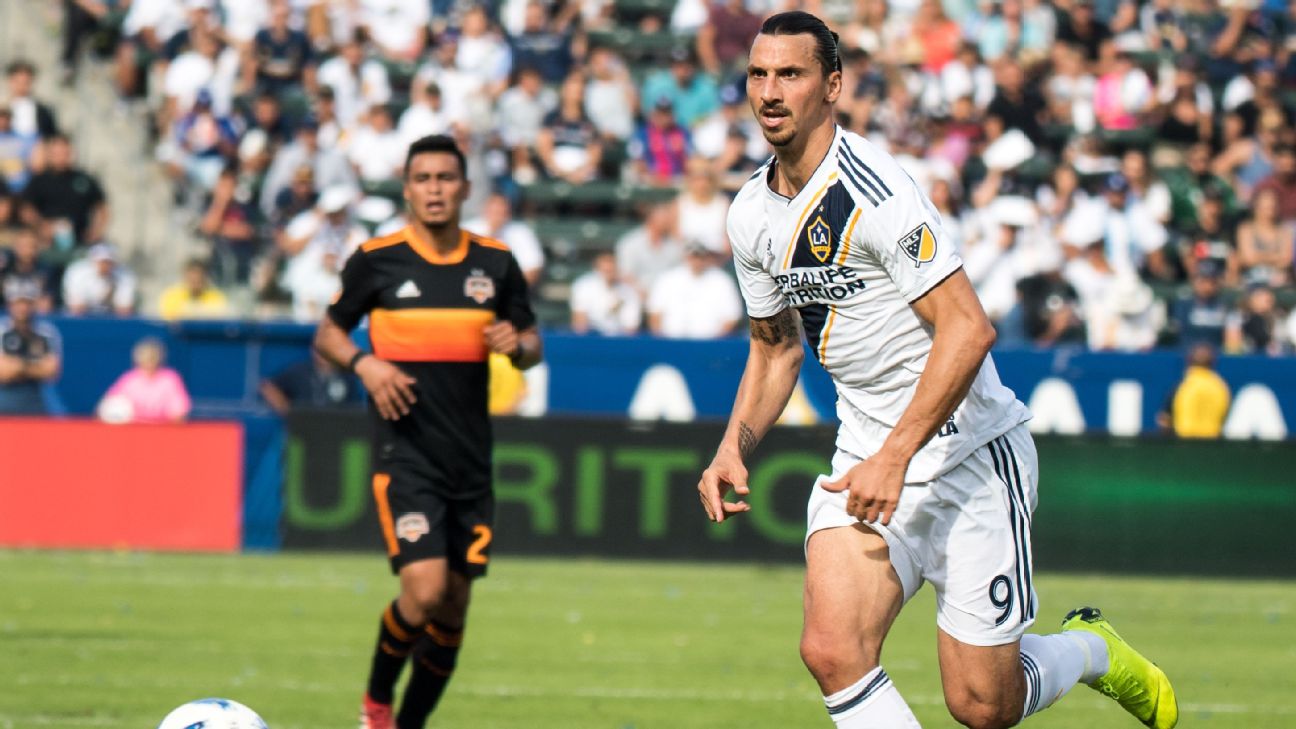 LA Galaxy forward Zlatan Ibrahimovic has said he is looking to “break every single record” in Major League Soccer.

The former Manchester United man was speaking at the launch of his club’s new kit and made one his boldest predictions yet.

“This season I will bring something for you,” the 37-year-old told reporters. “Because they say I’m old, I am looking to break every record in MLS this season.”

In Ibrahimovic’s first campaign with the Galaxy, he amassed 22 goals and 10 assists in 27 appearances and he said his experience of the league will help him improve.

“After one season in MLS, I know it more now, I know things better,” he told CNN. “And I’m excited, I look forward just to start playing again.

“Because I like MLS after playing one year there, and the first season was like what is waiting, what will happen, how is it, which level it is, and all these things.

“But now I have everything in my head, so now I just go out on the field and I dominate.”

The former Sweden international, who started his career in his homeland with Malmo, has played for Ajax, Juventus, Inter Milan, Barcelona, AC Milan, Paris Saint-Germain and United.

He has won 31 major trophies in his career — including 13 league titles.