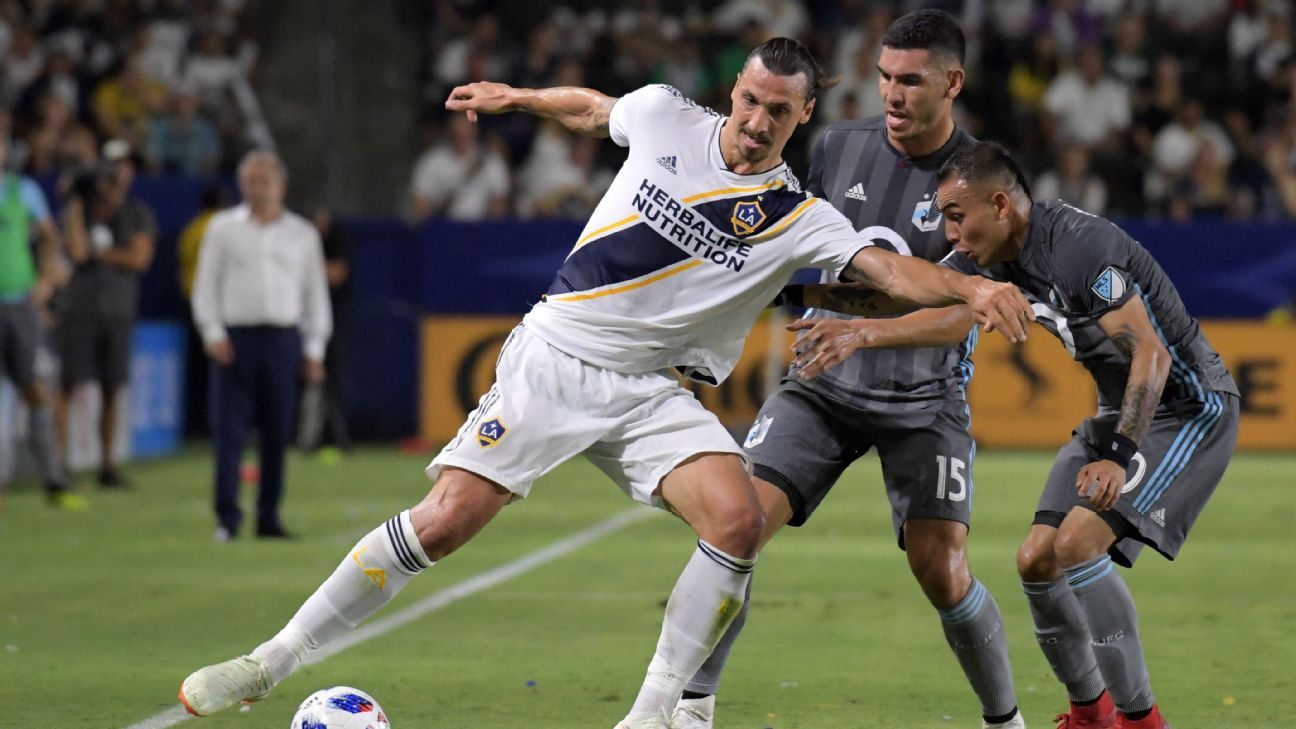 Los Angeles Galaxy star Zlatan Ibrahimovic resumed training on Tuesday, moving closer to his return from an Achilles injury and practicing with the main squad.

The leader of the pack is back.

Ibrahimovic, 37, has not played since the MLS season opener on March 2 when he scored the winning goal on a late header in a 2-1 victory against the Chicago Fire.

He left that match complaining of pain in his Achilles and has missed the Galaxy’s last two games.

There was no immediate word whether Ibrahimovic will be available Sunday night when the Galaxy host the Portland Timbers.