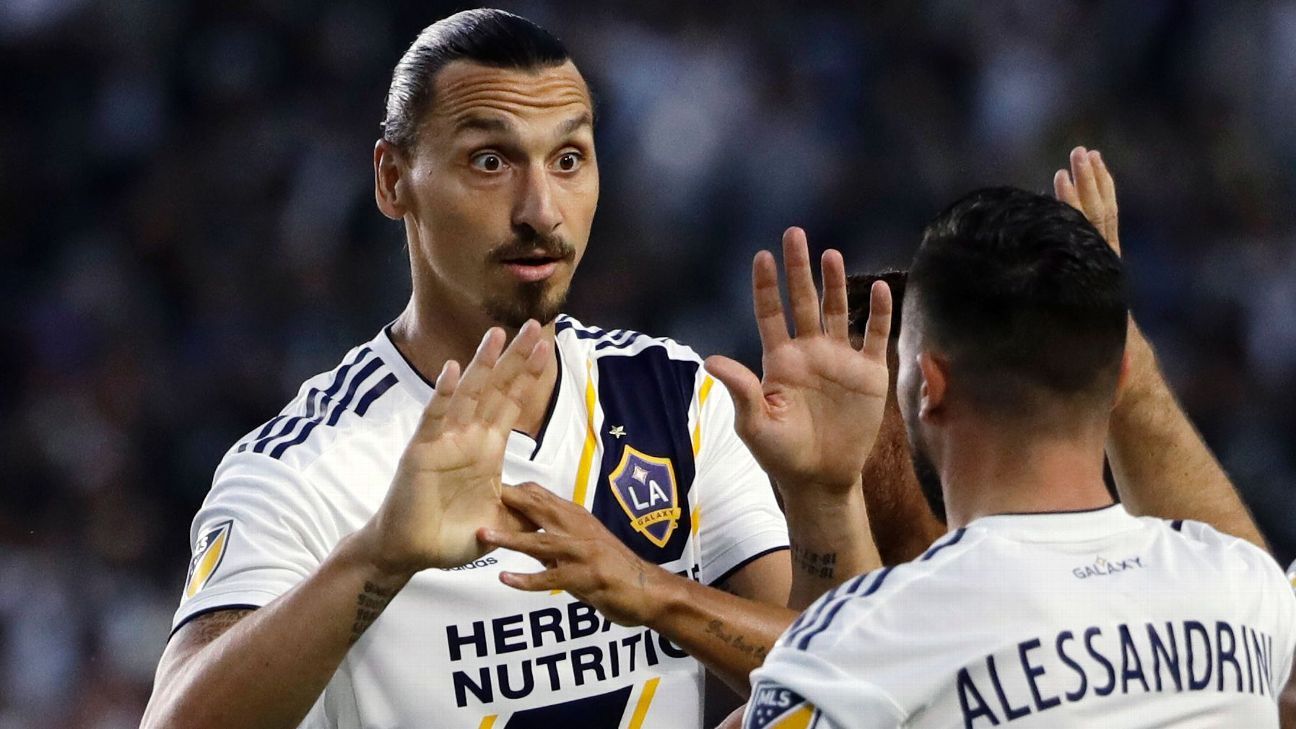 The LA Galaxy are set to re-sign forward Zlatan Ibrahimovic to a new deal that will make him a Designated Player, sources have confirmed to ESPN FC.

The deal, first reported by The Athletic, will make him a Designated Player, meaning the Galaxy will have to move one of their three existing DPs — Gio dos Santos, Jonathan dos Santos, and Romain Alessandrini — out of the club before the start of the 2019 season.

The former Sweden international was already under contract for 2019 but had long chafed over a deal that paid him just $1.5 million in 2018, despite him scoring 22 goals along with 10 assists.

Ibrahimovic’s dissatisfaction reportedly led to the possibility of him returning to AC Milan, but now he is set to remain with the Galaxy.