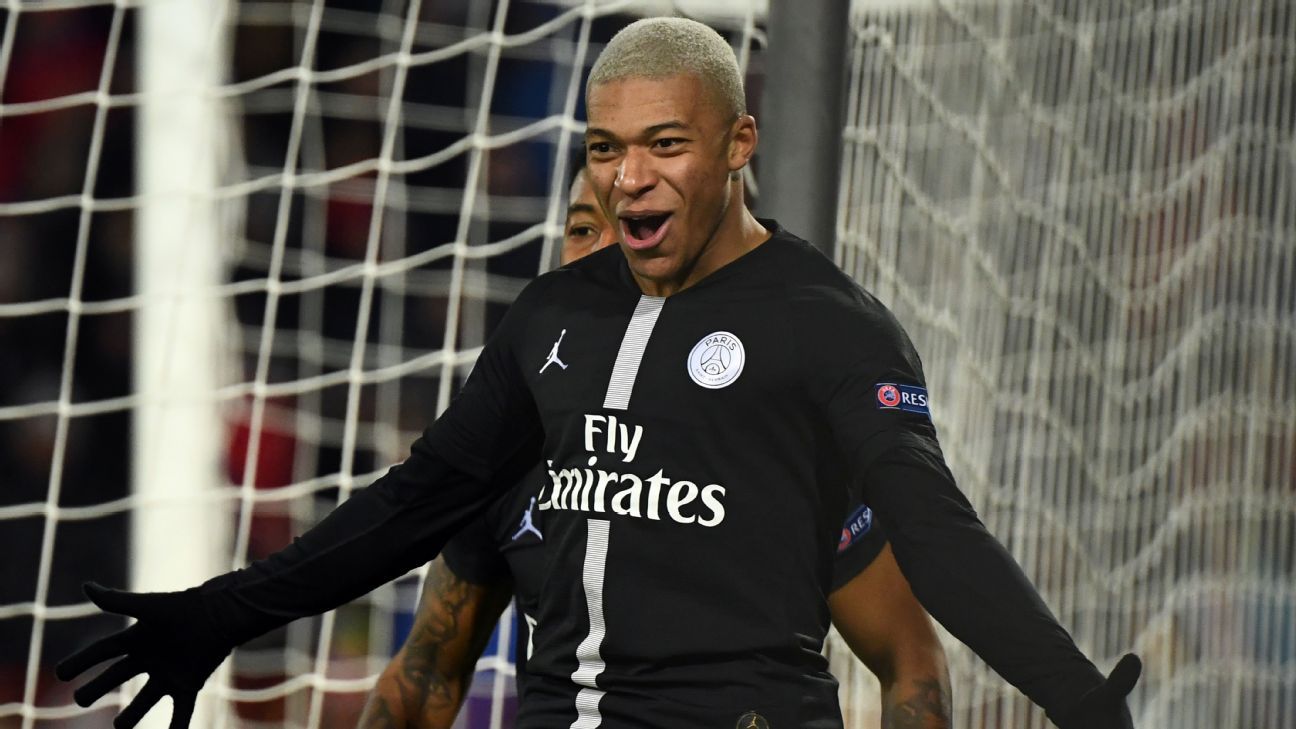 Belgrade, SERBIA — Paris Saint-Germain are into the Champions League knockout round after a 4-1 win away at Red Star Belgrade on Tuesday ensured top spot in Group C for Thomas Tuchel’s men.

Kylian Mbappe was superb with one goal and two assists, while Neymar also got one of each and Marquinhos got in on the act to render Marko Gobeljic’s strike nothing more than consolation.

Obviously, the win was the most important thing, but it is a bonus that the manner of PSG’s victory in Serbia was largely convincing.

Aside from a minor wobble early in the second half, the Ligue 1 giants were in control and added to their impressive triumph over Liverpool to finally hit top spot to complete their turnaround after a slow start.

The atmosphere at Rajko Mitic stadium was intimidating but PSG blocked that out and played the way they wanted to despite the hostile reception that they were subject to.

The only real worry for PSG came at the start of the second half when Red Star came flying out of the blocks and had them on the ropes.

However, Les Parisiens turned that situation around and ended up using it to their advantage as the character that they showed was one of the big positives on the night.

8 — Tuchel set his team up solidly and stuck to his guns, even when Red Star were piling the pressure on just after halftime, and his reward was another convincing continental win.

GK Gianluigi Buffon, 5 — Taking nothing away from Gobelji’s fine hit, Alphonse Areola would surely have been criticised if he had been between the sticks at that moment, so it is only fair that the Italian is questioned for Red Star’s goal. Otherwise, he was more or less solid when called upon.

DF Thilo Kehrer, 6 — Although he was booked in the first half, it was another noteworthy European performance that justified Tuchel’s continued faith in him.

DF Thiago Silva, 6 — Largely commanding in defence, he was only let down by the fact that he inadvertently set up Gobeljic’s strike when trying to clear his lines.

DF Presnel Kimpembe, 7 — Survived an almighty clash of heads in the second half and put in his best display for a long time at the heart of the rearguard.

DF Juan Bernat, 5 — Shown a yellow card in the second half, he spent most of the match defending but was also involved in Cavani’s opening goal by winning possession back.

MF Marco Verratti, 6 — Although it will not rank as one of his greatest outings, he was still influential when in possession until he was withdrawn seven minutes from time.

MF Marquinhos, 7 — It was another impressive display in defensive midfield, notable for its discipline, which was capped with a crucial headed goal to make it 3-1 to put the match out of Red Star’s reach.

FW Kylian Mbappe, 8 — PSG’s star man with two goals and an assist in an unselfish display that eventually saw him rewarded with his late strike.

FW Neymar, 7 — An injury doubt pre-game, he shook off any rustiness impressively and refused to exaggerate in response to the hosts’ rough tactics as he scored one fine goal and set up another to cap his significant contribution towards his team’s group stage success.

FW Angel Di Maria, 5 — Quieter than the likes of Mbappe, Neymar and Cavani before Julian Draxler replaced him, he still chipped in with a key assist as Marquinhos made it 3-1 to kill the contest.

FW Edinson Cavani, 6 — Scored the opening goal with a typically predatorial finish and worked hard, getting back to defend right until the end.

MF Adrien Rabiot, NR — Given seven minutes in place of Verratti, he helped to change PSG’s shape towards the end as they went for — and got — a fourth goal.

MF Julian Draxler, NR — His 88th-minute introduction in place of Di Maria was just what Tuchel’s men needed as the team kept pushing forward and ultimately completed the scoring through Mbappe.