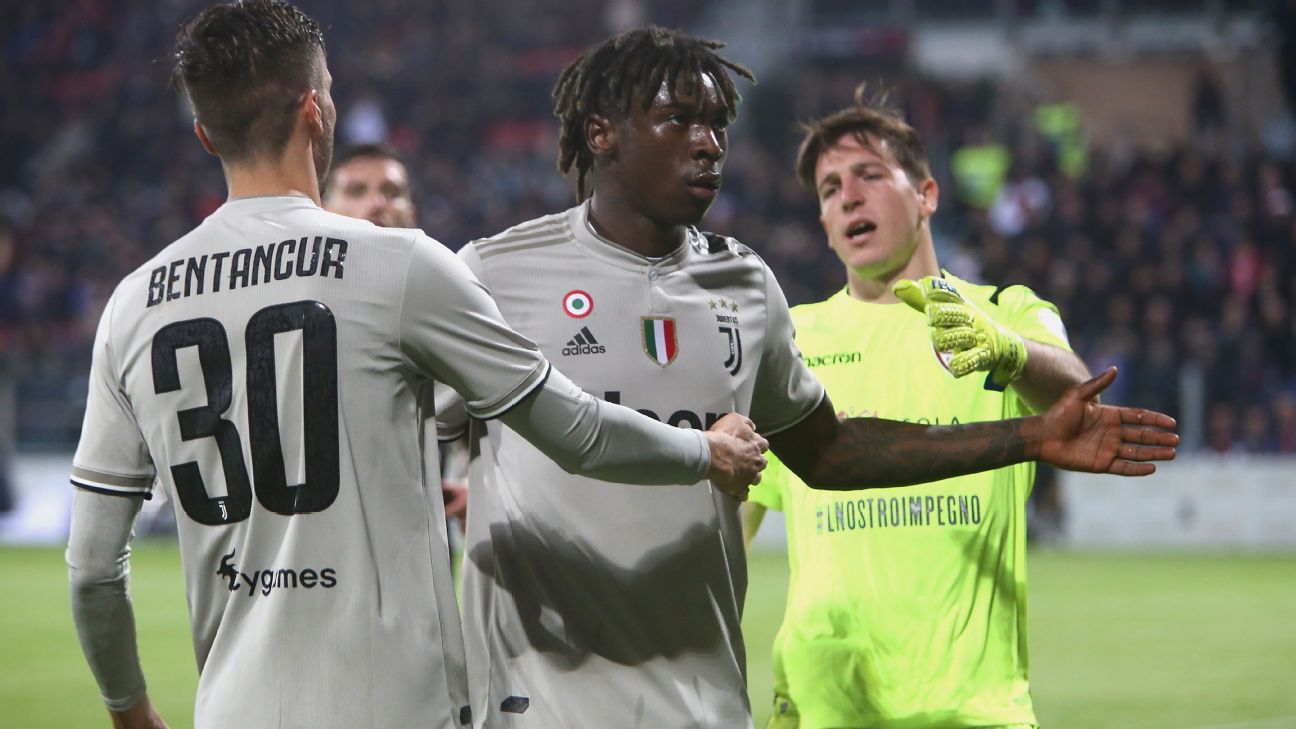 Juventus striker Moise Keane was the subject of jeers, boos and racist abuse from the home supporters during his team’s 2-0 Serie A win away to Cagliari on Tuesday night.

Kean, 19, took particular heat after scoring his team’s second goal and celebrating in front of the home fans.

In response, Cagliari’s supporters made the noise which is described by Italian media as “buu” and is regarded as a racist insult in Italian football, although some fans argue it is simply to annoy opposing players regardless of race.

Monkey noises could also be heard among the crowd.

Shortly after Kean’s goal, Juve’s French midfielder Blaise Matuidi, who tweeted support for his teammate after the match, protested furiously to the referee and at one point appeared to threaten to walk off.

Matuidi complained last year that he was subject to racist abuse at the same stadium and Cagliari later apologised, while Serie A absolved their fans of wrongdoing in 2017 when Pescara’s Sulley Muntari left the field after he said he heard racist insults directed at him.

Play was halted on Tuesday and a warning was broadcast to the crowd — the first step in the so-called three step procedure which ultimately leads to the teams being led off the field. Play resumed amid more booing and the referee blew the final whistle shortly afterwards.

However, following the match, Juventus defender Leonardo Bonucci said he thought the blame for racist abuse aimed at his teammate Kean was “50-50.”

Juventus coach Massimiliano Allegri said he had been too immersed in the game to notice the abuse.

“As usual at the stadium there are idiots but also normal people,” he said. “The uncivilised ones must be identified with the cameras and no longer allowed to enter.”

“I heard mostly boos, if they started making animal noises then we were in the wrong,” he said. “What happened at the end was because of a celebration which was wrong and it would have happened with any other player.”

In December, Inter Milan were ordered to play two home games behind closed doors after Napoli defender Kalidou Koulibaly was racially insulted during a game at San Siro.