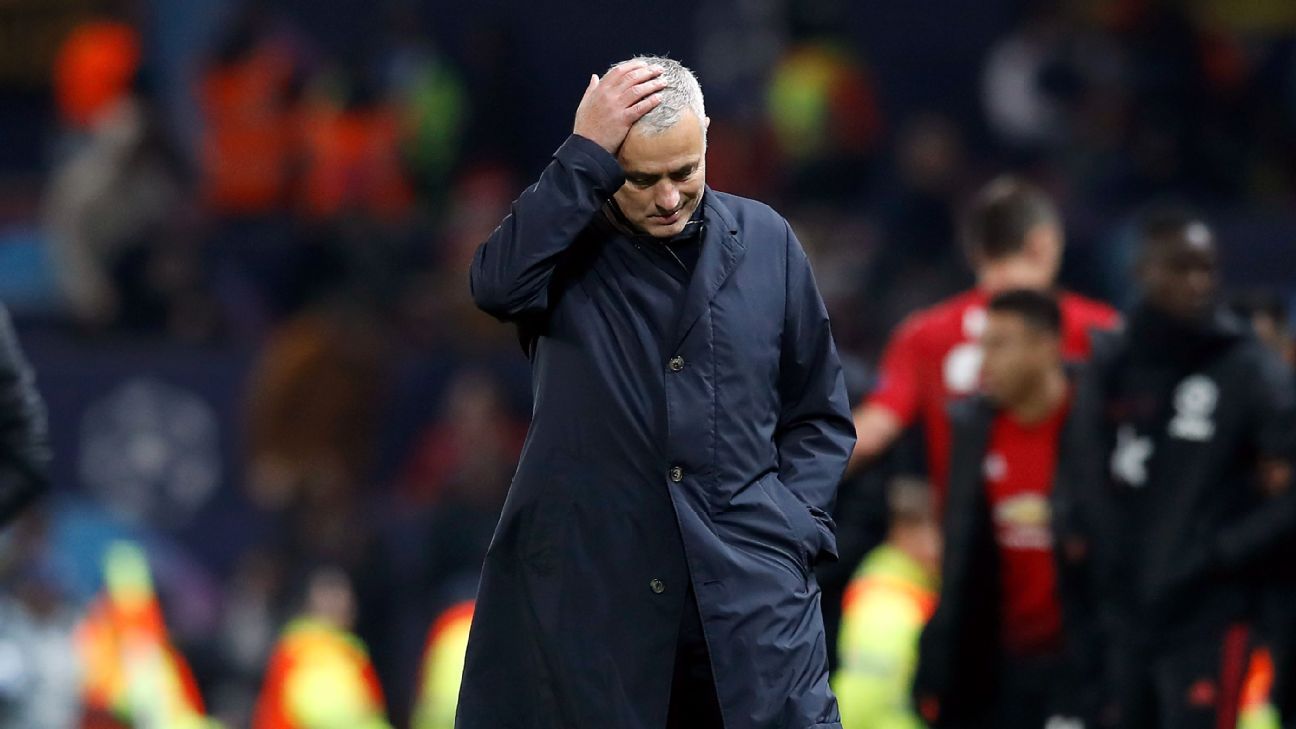 Jose Mourinho said after the draw with Southampton it would take “a miracle” for Manchester United to finish in the top four of the Premier League this season and then, three days later, said he hadn’t meant that at all.

But whether he wants to admit it or not, it is going to take a monumental effort to get over the line from here. And after United’s executive vice-chairman Ed Woodward axed both David Moyes and Louis van Gaal the moment Champions League football was out of reach, it raises the question about what happens to Mourinho in the summer should he fall short of the minimum requirement.

The 2-2 draw with Arsenal at Old Trafford on Wednesday — extending their winless run in the league to four — left United with 23 points from their first 15 games and eight points adrift of fourth place.

Crucially, though, on both those occasions the gap was not as big as the one United are facing. In 2012, Arsenal were 10th after 15 games and five points off fourth place. Two years later they were sixth and just four points off the pace.

It means United have a mountain to climb if they want to play Champions League football next season. For Mourinho, the prize may well be his job.

In 2014, Moyes was sacked after a defeat to Everton at Goodison Park meant the top four was, finally, mathematically out of sight. Van Gaal was allowed to lead his team out at Wembley for the FA Cup final against Crystal Palace but was dismissed days later after a league campaign that had seen United finish fifth — edged out by Manchester City on goal difference.

Sources have told ESPN FC that Mourinho, who has a contract until at least 2020, still has the backing of Woodward and the board but they have usually drawn a line in the sand when it comes to Champions League qualification. The precedent with managers has been set.

For context, Mourinho’s United are only a point better off than they were under Moyes at the same stage in 2013. The season Van Gaal was sacked, the Dutchman amassed 29 points from the first 15 games and United were sat comfortably in fourth.

Having initially suggested his team could be back inside the top four by the end of December, Mourinho admitted this week he has already been forced to change his target after three consecutive draws against Crystal Palace, Southampton and Arsenal.

Being close enough “to smell” those positions by the turn of the year, he says, is now more realistic but there is no escaping the fact that his team are going to need to produce a run of form that, at the moment, seems unlikely.

In 2012-13, Arsenal won eight and drew two of their last 10 games to nick fourth spot and pip North London rivals Tottenham by a point. In 2014-15, they managed to finish third but only after losing just three league games after New Year’s Day. United’s longest winning run in the league so far this season stands at two.

Whether Mourinho believes it will take a miracle to finish fourth or not, the statistics suggest he is already up against it.

Forty times teams have finished in the top four positions over the last 10 seasons and only twice has a team achieved what United need to now. You could argue Mourinho faces an even bigger challenge because the gap is already bigger.

After a miserable evening at Southampton on Saturday there were at least signs of life against Arsenal. It was enough for Mourinho to again praise the spirit and the character of his players after twice mounting their now customary fightback.

Arsenal can be added to a list that already includes Newcastle, Chelsea, Bournemouth and Juventus but battling back from here and ending the season in the top four is another matter entirely.