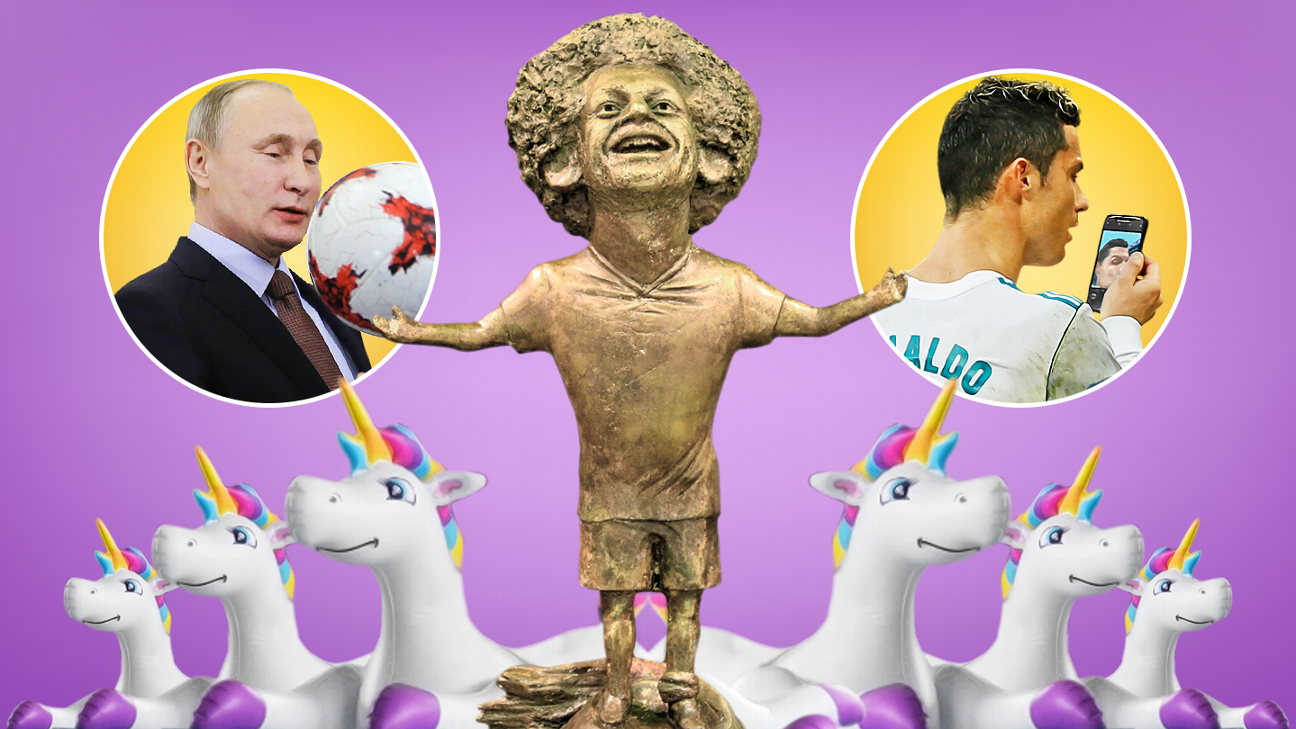 The end of 2018 is almost upon us, and that means it’s nearly time to bid farewell to another 12 months of ridiculousness in the world of football.

But fear not! For the Toe Poke has been here to chronicle every questionable haircut, every social media gaffe and every ill-judged tattoo because, quite frankly, it’s better than sweating on stuff out there in the real world.

All your favourite star players have found themselves — voluntarily or not — the subjects of much mirth just as much as they have been revered for their on-pitch exploits, not least at FIFA’s big summer jamboree in Russia.

The infinite ability of football clubs to make a hash of the simplest things despite being all the riches at their disposal was gloriously showcased again this year in everything from badges to mascots.

And as for you, the fans, we’d say we were disappointed with your behavior but we never really expected any better.

So sit back and enjoy the Toe Poke’s 2018 year in review!