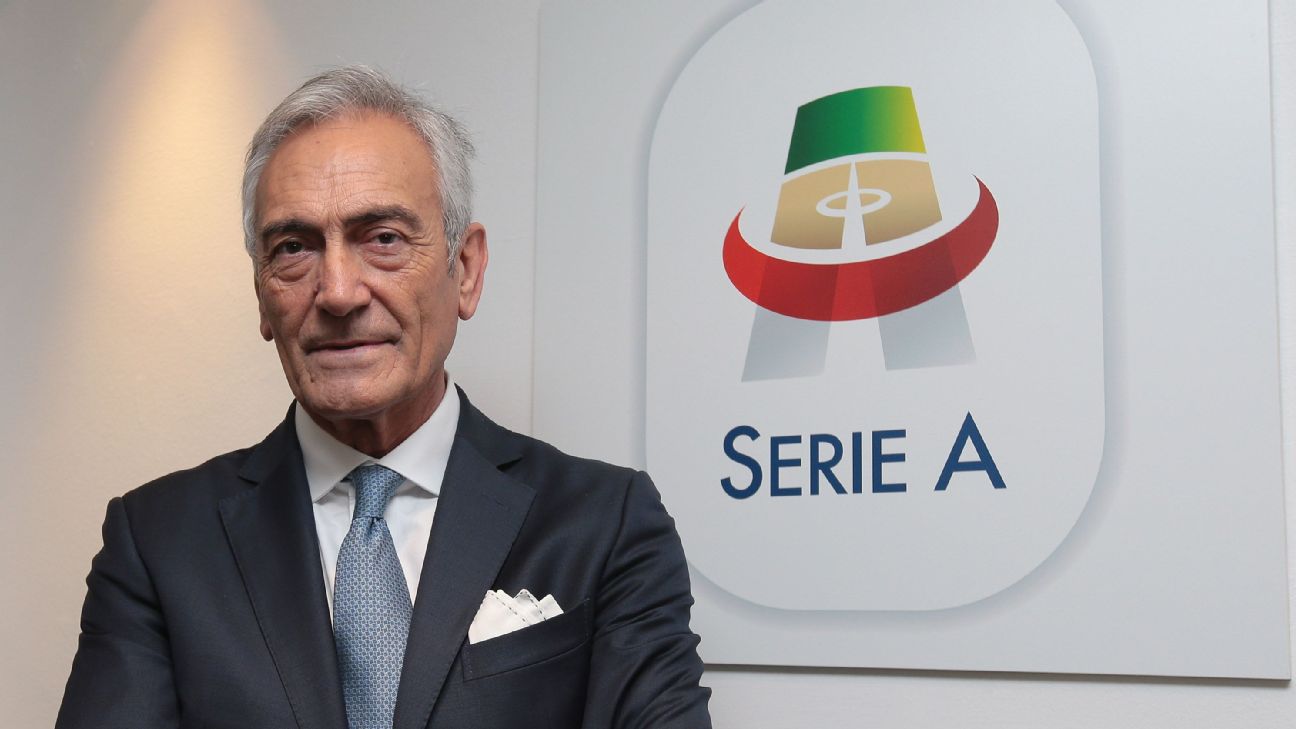 The president of the Italian Football Federation (FIGC), Gabriele Gravina, says he is working hard to restore credibility to the Italian game after years in which he claims it has “lost its appeal.”

Racism and violence have continued to overshadow Italian football and in the last week alone Inter Milan were handed a suspended sentence for racist chanting in Sunday’s Milan derby and Fiorentina fans were condemned for unsavoury chants aimed at a dying Cagliari fan.

Gravina was elected president of the Federation last October following former president Carlo Tavecchio’s resignation in the wake of Italy’s failure to qualify for the 2018 World Cup.

He says it is now one of his priorities to restore the game’s values and raise its appeal.

“We need to get back to being truly credible,” he told Sky Sport Italia. “I refer to the commercial partners who have, rightly and legitimately, thought about abandoning the world of football and we’ve had to win them over.

“I want to thank them for their continued faith in the Italian Football Federation, which we still have to pay back with a great deal of responsibility. Football is losing value today and the brand has lost its appeal because, unfortunately, its dignity has been dragged through the mud for a period of time and this has damaged its credibility.”

Recently, third division club Pro Piacenza were thrown out of the league after fielding just eight players — including an ineligible physio — in a 20-0 defeat to Cuneo, after financial problems prompted their first-team squad to strike and seek other clubs.

That follows the demise of 38 clubs from Italy’s Serie B down due to financial problems since 2013, and a total of 150 bankruptcies in the past 15 years — something Gravina says must end.

“I cannot exclude that this could happen again in future, but we need to work hard on ensuring that these incidents are restricted and that they become extraordinary cases and not the norm,” he said. “At the moment, the regulations state that clubs will be expelled after missing four matches, but from March 20, this will be reduced to two.

“We’re activating a series of mechanisms which were launched already in December with the adoption of new national licensing rules. That was a ground-breaking move for two reasons: for what it contains, but above all for the timing with which licences will be approved — six months before the start of the season, which I believe is a new record.

“I would like the parameters to be even tighter and even stricter, which is the battle I am fighting.”