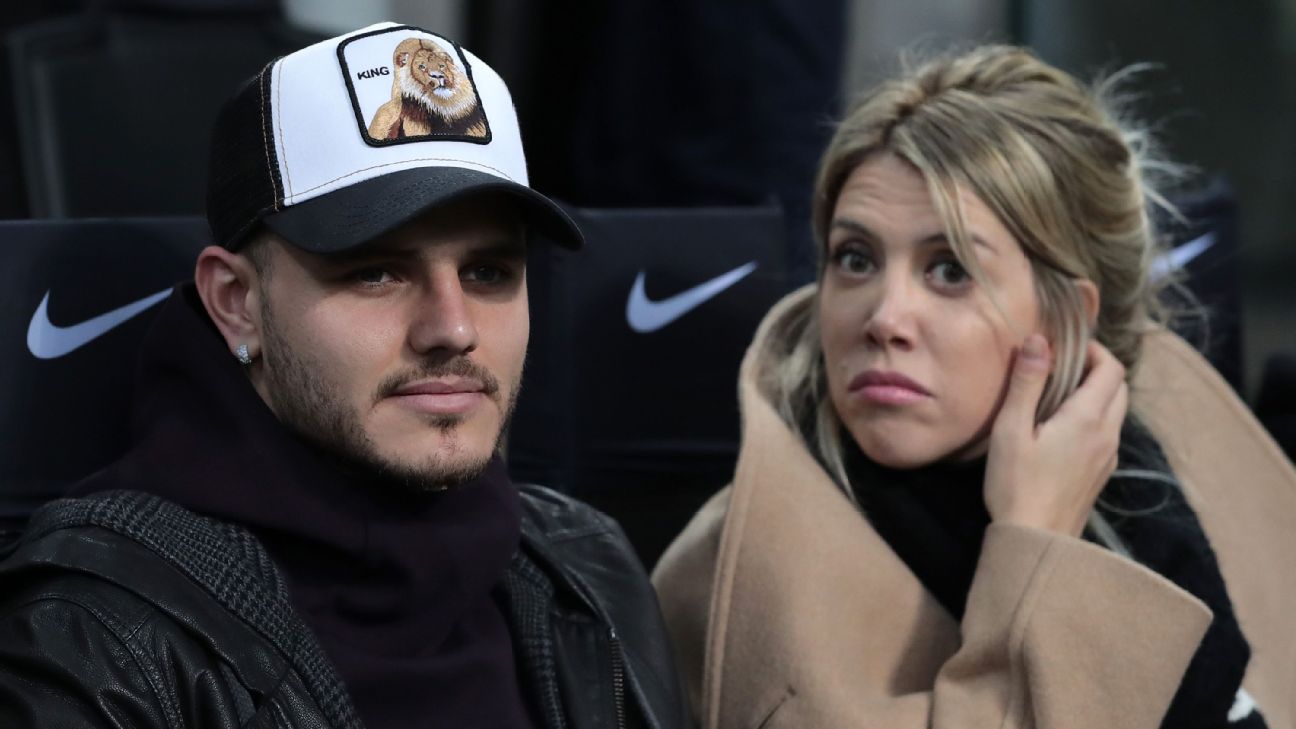 Inter Milan have said that Mauro Icardi, wife and agent Wanda Nara and sporting director Beppe Marotta held a “cordial meeting” in a bid to resolve an impasse between the Serie A club and their former captain — although the forward has been left out of the squad to face Eintracht Frankfurt in the Europa League on Thursday.

Icardi has not featured for the Nerazzurri since being stripped of the club captaincy three weeks ago.

The forward had said he was unable to play due to a knee injury. But, although club doctors have given him a clean bill of health, he has nevertheless been overlooked once again as Inter prepare for a round-of-16 trip to Frankfurt with only one recognised forward — Lautaro Martinez — in their squad.

However, in a tweet, Inter said that a resolution is being sought.

“Inter’s Sport CEO Giuseppe Marotta today held a cordial meeting with Mauro Icardi and Wanda Nara in search of a solution to satisfy the best interests of all involved,” the tweet read.

Icardi had been seeking a new contract until he was told, on the eve of Inter’s trip to Rapid Vienna in the round of 32 of the Europa League, that Samir Handanovic was the new club captain. He pulled out of the squad for that trip and reported for physio with a knee injury the following day. He has not been called up since.

Marotta said last week that he was going to present the forward with an offer for a new contract, but that he was not sure whether it would be accepted.

Icardi has recently been linked with a move to Serie A rivals Juventus and there are even doubts as to whether he will play again this season.

Rather than select Icardi in his squad, coach Luciano Spalletti named youth team player Davide Merola in his 19-strong selection to face Frankfurt, while defender Andrea Ranocchia appeared as a forward in their defeat to Cagliari at the weekend.