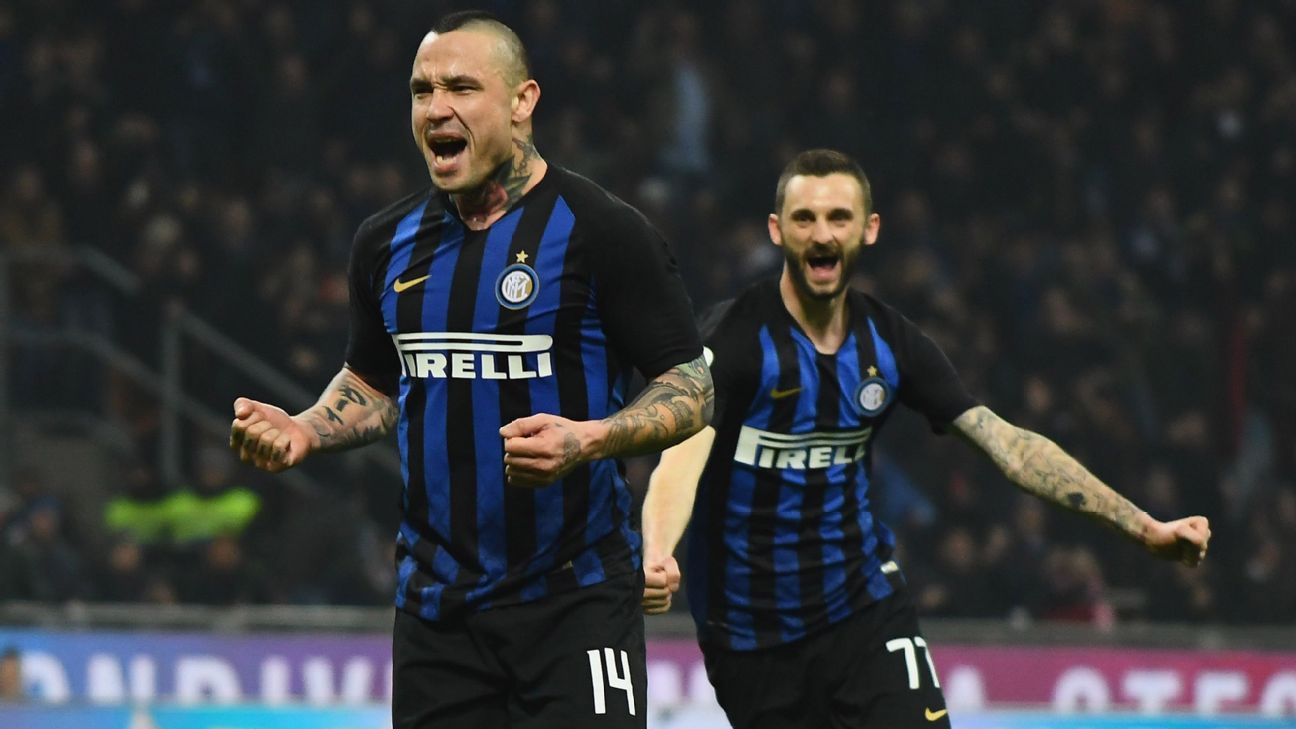 Inter Milan ended a turbulent week by beating Sampdoria 2-1 in Serie A on Sunday under the gaze of injured top scorer Mauro Icardi.

The Argentine striker was stripped of the captaincy on Wednesday amid protracted negotiations over a new contract and he refused to travel for their Europa League fixture against Rapid Vienna the following day.

The club subsequently announced Icardi would miss the visit of Sampdoria through injury and the 25-year-old watched from the stands at San Siro as new captain Samir Handanovic led out the team.

Danilo D’Ambrosio and Radja Nainggolan struck for the Nerazzurri either side of Samp substitute Manolo Gabbiadini’s goal in the space of five second-half minutes.

The victory relieved the pressure on coach Luciano Spalletti as Inter restored a four-point cushion over rivals AC Milan in third place with their second consecutive league win.

Spalletti had a message for his star striker after the game.

“I very much appreciated that he was in the stadium and I would’ve appreciated it even more if he had come into the dressing room afterwards to celebrate with us as it was a very important victory for the team and he is part of this group,” he told Italian broadcasters.

“There are more steps to be made, which are for him to come to the dressing room, to enjoy being a part of this very good group, to relish wearing the glorious jersey of a club like Inter, that sort of thing.”

It took 73 minutes for the first goal to be scored and it came from an unlikely source as fullback D’Ambrosio poked in Ivan Perisic’s low cross to score his first goal of the season.

The lead lasted three minutes before substitute Gabbiadini scored with his first touch, the striker profiting from some hesitant defending to finish into the corner.

Nainggolan restored Inter’s lead two minutes later with a well-taken finish from the edge of the area.

Inter remain in third place on 46 points, while Sampdoria are 10th on 33 points having won just one of their last six Serie A matches.