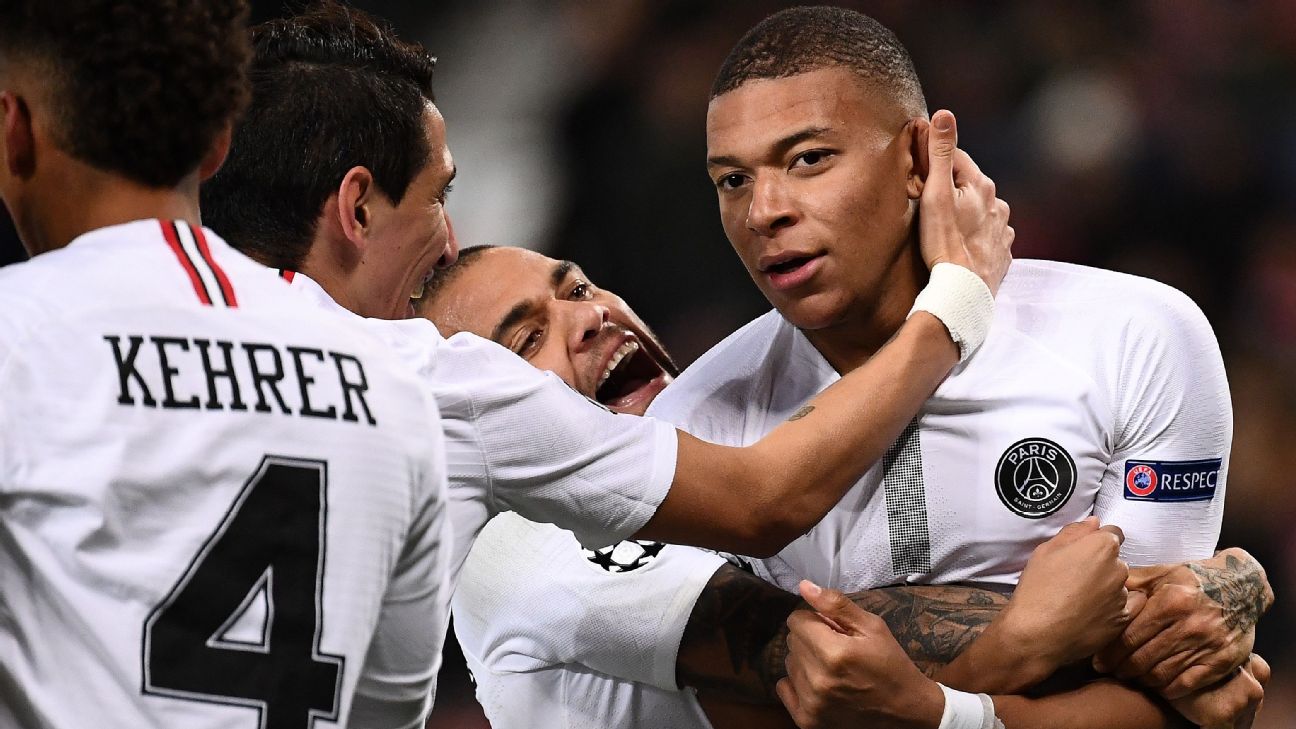 Manchester United’s “Theatre of Dreams” has never seemed such an appropriate venue for a visiting team. Even in his wildest dreams, Thomas Tuchel couldn’t have imagined his PSG side leaving Old Trafford with a 2-0 win without both Neymar and Edinson Cavani.

But they did. PSG’s injury-hit team went to Manchester, saw what Ole Gunnar Solskjaer’s men had for them, and conquered. Tuchel had a gameplan. His players executed it perfectly.

Ahead of the match, at the Radisson Blue hotel in Manchester, Tuchel was chilled, as though he had everything under control despite the enormity of the task ahead. The German had spent hours watching every United game under Solskjaer — 10 wins from 11 — in the preceding days. In the team meeting before PSG left the hotel, he told his players that, in order to win, they had to be a team, to behave like one and play like one.

Tuchel spoke a lot to Marquinhos and Dani Alves about how to nullify Paul Pogba’s influence, and it worked. Marquinhos did a great job man-marking Pogba throughout, and PSG’s second goal came as a result of he and Alves doubling up on the France midfielder to win the ball back.

After the game, Marquinhos and Tuchel shared a hug in the dressing room and the Brazilian thanked his manager for believing in him. It was not a given that the young defender could transform himself into a holding midfielder, but he learned quickly and got everything right against United.

Tuchel also asked Marco Verratti to give him the best 60 minutes of his life. The Italy midfielder had been struggling with injury but, with Neymar and Cavani out, PSG needed him. He gave a 75-minute masterclass, bossing the midfield and taking control of the game.

For Angel Di Maria, things were different than for the rest of the squad. He was coming back to Old Trafford for the first time since his one bad season as Manchester United player in 2014-15 and felt he had a point to prove. Against a backdrop of boos, he proved it with a performance as energetic as his “swearing” celebration after the first goal. Tuchel knew that Di Maria would cause problems for full-back Ashley Young and asked the Argentine to stay wide as much as possible to stretch the United team. That, plus his obvious desire to prove the crowd wrong, saw the winger put in a matchwinning performance.

But what was striking to people around the team was how composed Tuchel and his players were. Despite their injury crisis and United’s superb form, they never lost belief.

Goal scorer Kylian Mbappe, another star on the night, said something interesting afterwards. “People have to stop selling fear,” he told RMC Sport. He was right. The players never doubted themselves — but the media and the public did, creating a perception that United had become invincible and would overrun a weakened PSG.

When the draw was announced and United were struggling under Jose Mourinho, that perception was the other way round. Yet, in the days leading up to the game, the Ligue 1 champions were not considered to be favourites any more.

But how can a team with Mbappe in it not be considered favourites? The 20-year-old’s numbers are mind-blowing. He has netted 23 goals in all competitions this season, more than Neymar or Cavani. He has 14 in the Champions League, 10 away from home, in only 24 appearances. Even the Brazilian Ronaldo, one of the greatest strikers of all time, took 40 games to reach 14 goals.

United had never lost at home in Europe by a two-goal margin, but Mbappe and his teammates changed all that. In the Old Trafford away dressing room, a PSG flag put up by one staff member before kickoff remained in place after the match. It looked like a conqueror’s banner.

PSG’s fans dominated in the stands like the team dominated on the pitch — during the game, all 3,700 of them sung “On est chez nous, on est chez nous” (“we are at home, we are at home”). Even when Juventus won 1-0 in Manchester in October, there was not such a feeling of dominance by an away side.

This victory doesn’t make PSG Champions League favourites, but it enhances their credentials. It showed they are a real team, even if they will probably need Neymar and Cavani back if they are to get beyond the quarterfinals for the first time in their history.

The tie is only at half-time, but if Tuchel was confident in his team before he will be even more so now. The manager was calm and collected, while his players were brave and clinical. They were a team united.