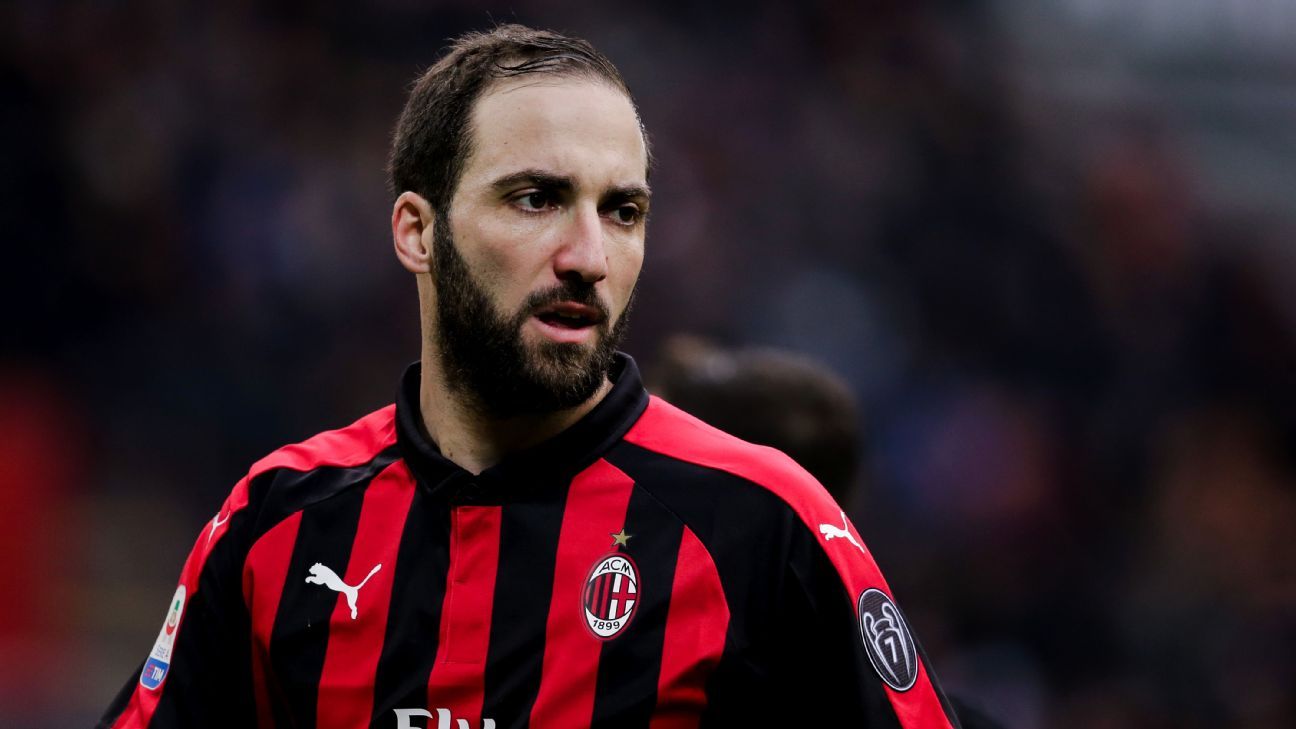 Gonzalo Higuain‘s agent travelled to London on Thursday to discuss a potential move to Chelsea, a source has told ESPN FC.

Chelsea are looking for a new forward in the transfer window and are ready to loan out Alvaro Morata, with Higuain their top target.

A source has confirmed to ESPN FC that Nicolas Higuain — the Argentina forward’s brother and agent — has met with Chelsea boss Maurizio Sarri in London to discuss a transfer.

Higuain is keen on a move although Chelsea director Marina Granovskaia has reservations, with the Stamford Bridge outfit reluctant to offer big contracts to players over the age of 30.

The 31-year-old enjoyed the most prolific scoring season of his career under Sarri at Napoli, netting 36 goals in 35 Serie A games in 2015-16, and the Chelsea head coach suggested him as a target for his new club prior to Juventus loaning Higuain to AC Milan last summer.

Morata is a target for Sevilla and Atletico Madrid, according to ESPN FC sources, with Diego Simeone viewing him as a potential successor to Diego Costa in attack.

On Wednesday sources told ESPN FC that Morata’s agent travelled to London to meet with Chelsea officials and discuss a loan move away from Stamford Bridge, and Sevilla sporting director Joaquin Caparros claimed his club were the frontrunners after meeting with the striker’s representative.

La Liga salary restrictions mean Atletico would likely have to offload one or two players in order to take on Morata’s wages, which are understood to reach £200,000-a-week when bonuses are factored in.

Sources have told ESPN FC that Barcelona have also been offered the chance to loan Morata, but he is not their main target.

Chelsea are not prepared to sell Morata in January, mindful of the fact that his underwhelming performances at Stamford Bridge since arriving from Real Madrid in the summer of 2017 ensure he will not attract offers anything like the £58 million they paid to sign him.