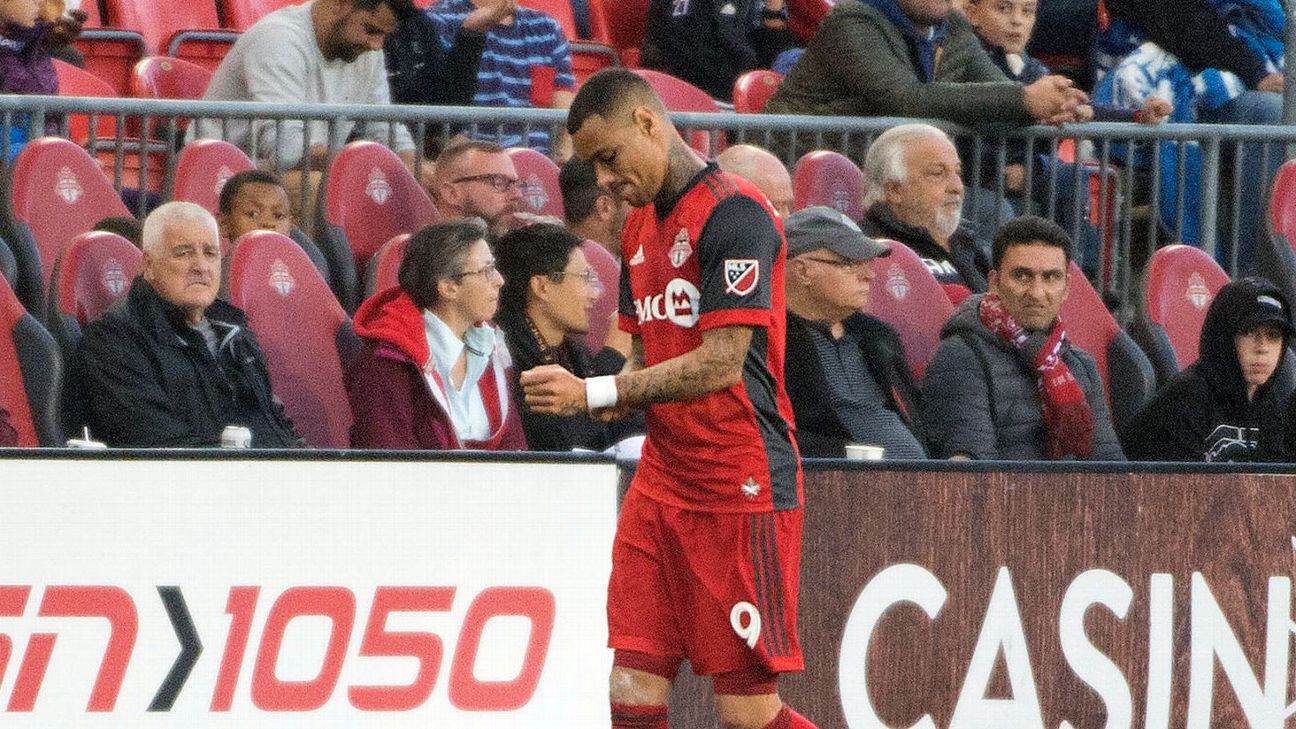 Gregory van der Wiel has likely played his last game for Toronto FC after being sent home from the team’s California-based training camp, a team source confirmed to ESPN FC.

The team source added: “We are working with [Van der Wiel] and his agent to explore opportunities both in and outside MLS.”

Van der Wiel confirmed the news on his Instagram account, citing “differences with the coaching staff” as the reason for his departure.

“Dear Toronto. I called you home and I was so happy that I had finally found a place that felt like that,” Van der Wiel wrote. “Year one had ups and downs but I found my joy back and I could not wait to get started this new season. I was ready to give it all.

“Unfortunately year two will never come due to differences with the coaching staff. I just want to win and do that no matter what the consequences are.

“I guess that mentality was a little too much for them and they decided they do not need me for this season. Teammates and fans, I will miss you guys.”

The likely departure of Van der Wiel comes just days after the start of training camp, and follows a season where the Reds failed to make the playoffs after winning a domestic treble in 2017.

Van der Wiel was signed after Toronto opted not to re-sign starting right-back Steven Beitashour, who ended up signing with LAFC. The Netherlands international went on to make 34 league and cup appearances. According to data from the MLS Players Association, Van der Wiel made $835,000 in guaranteed compensation last season.

The Van der Wiel situation adds to the to-do list of newly appointed GM Ali Curtis. TFC recently announced it was selling midfielder Victor Vasquez to Qatari club Al-Arabi, and earlier on Wednesday traded defender Nick Hagglund to FC Cincinnati for $300,000 in allocation money and the top spot in the allocation order.

Van der Wiel, 30, began his pro career with Ajax in 2007, and spent parts of six seasons with the Amsterdam club. He went on to play for Paris Saint-Germain, Turkish side Fenerbahce, and Serie A club Cagliari. A lack of playing time at both Fenerbahce and Cagliari led Van der Wiel to head to MLS.

At international level Van der Wiel has made 46 appearances for the Netherlands, and was their starting right-back in the 2010 World Cup final defeat to Spain.