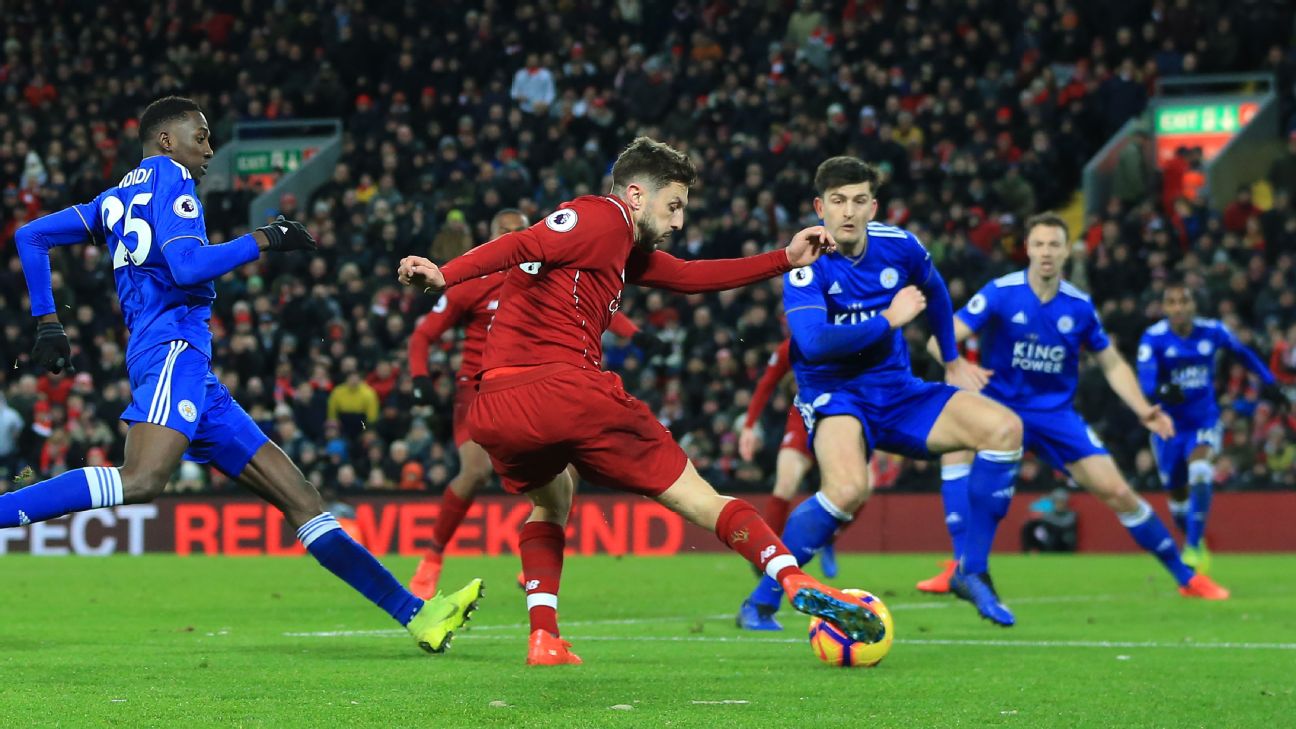 The 2018-19 Premier League season offers the most intriguing title battle in many years, yet unfortunately, we won’t witness a genuine title-decider between Liverpool and Manchester City. The two contenders have already played each other twice — a boring goalless draw at Anfield early in the season, and then a 2-1 City win at the start of January.

Instead, the title might be decided by which team is better at breaking down minnows who are deploying a low block.

The phrase “low block” has seemingly proved controversial amongst certain pundits in recent weeks, which is surprising considering it has been a recognised term for a few years and has a very obvious meaning. A side playing a low block makes little attempt to press in advanced positions, or in midfield zones, and instead stands off and forms a compact block close to their own goal. It’s natural territory for defensive underdogs when facing the big guns, and it’s often criticised for being a simple tactic. That doesn’t mean, however, it’s easy to beat.

Questions about Liverpool’s ability to break down a deep defence were inevitably raised after their recent 1-1 draw with Leicester City, as Liverpool had the majority of possession throughout the second half but couldn’t find a way through Leicester’s low block.

In truth, Jurgen Klopp’s side have largely played well against deep defences this season, but it’s something of a historical problem for them, as their last two title challenges have faltered against deep blocks. In 2008-09, when Liverpool finished second, they took 12 points from their four games against Manchester United and Chelsea — who finished first and third, respectively — but suffered five goalless draws against Fulham, West Ham, Aston Villa and both home and away against Stoke.

“We’ve always done well against the bigger teams,” Steven Gerrard later conceded. “But we’ve always struggled against a Fulham at home or a West Brom at home, when they haven’t got that bit of magic to open them up.”

It was also a deep block that cost Liverpool dearly in 2013-14, when they seemed nailed-on for the title before Gerrard slipped against Chelsea and, more crucially, Liverpool was unable to break down Jose Mourinho’s parked bus in the second half.

Liverpool have again found it tough to penetrate low blocks this season, although they’ve generally found a way. In particular, two 1-0 victories home and away against Brighton have proved significant. In the first, Liverpool got their breakthrough when four players surrounded Yves Bissouma as Brighton attempted to play out from the back, helping Liverpool regain possession quickly and allowing them to feed Mohamed Salah, who curled home. But pressing in that manner isn’t usually a possibility against teams who play in this manner, as they often play long balls into attack.

The reverse fixture also saw Liverpool winning by a single Salah goal, although this time it came from the penalty spot. Though no side can hope to completely rely on being awarded penalties against opponents sitting deep, in a wider sense, set pieces can be crucial in making the breakthrough. That’s how Liverpool went ahead in a 3-1 come-from-behind victory at Burnley, another side using a low block, and in a 4-0 thrashing of Rafael Benitez’s Newcastle, when Dejan Lovren opened the scoring following a set-piece situation.

Back in 2013-14, Liverpool consistently went ahead early through set pieces in big games — two close-range Martin Skrtel goals in a 5-1 thrashing of Arsenal spring to mind — and the likes of Lovren and Virgil van Dijk might prove particularly useful in the opposition box, as well as their own, over the next three months.

Manchester City have also pounced from set pieces against low-block teams more often than you might expect, with Aymeric Laporte heading an equaliser against Wolves, the first time City wobbled this season, and opening the scoring recently against Everton.

In general, City appear more comfortable attempting to break down a deep block. Pep Guardiola’s system features outright width on both flanks, which means City are constantly switching the play between the wings, forcing the opposition to cover more lateral ground. Inevitably, this is tiring and means City force more defensive mistakes. But perhaps more crucial is the fact that this width stretches the opposition and creates more gaps in the channels — Kevin De Bruyne and David Silva have particularly thrived over the last couple of seasons by darting between the opponents’ centre-backs and full-backs, as the latter are drawn out toward Leroy Sane and Raheem Sterling.

The crucial factor when attempting to attack down the outside of a low block, though, is not resorting to hopeful high crosses into the box. Some Premier League sides have strikers who thrive on this kind of service — Chelsea’s Olivier Giroud, Tottenham’s Fernando Llorente — but neither Liverpool nor City have a classic Plan B. Therefore, more measured distribution from the flanks is required.

Liverpool are adept at getting the ball into cut-back situations, while City specialise in scoring a very particular type of goal: a low assist to the far post, and a tap-in for Sergio Aguero or the winger on the opposite flank. Guardiola’s sides once attempted to relentlessly play through the middle, but now he instructs his players to use the flanks more often and more intelligently.

In contrast, Liverpool’s approach seems slightly more rudimentary. Andrew Robertson and Trent Alexander-Arnold overlap excellently, and their ability to switch play between themselves — as seen in Liverpool’s equaliser in the defeat to City — works teams laterally. Liverpool don’t open up deep defences quite as effectively as City.

Yet it’s not all about scoring, of course. City have suffered three shock defeats — to Leicester, Crystal Palace and Newcastle — having gone ahead in all three matches. It’s not that they can’t penetrate deep defences, it’s that they tend to leave the back door open.

Ultimately, both title challengers have been broadly impressive against deep defences this season. But in a campaign in which the combined points total of the top two will probably be higher than ever before, a single goalless draw could prove fatal. Sooner or later, a deep block could prove decisive in determining the destination of the Premier League title.