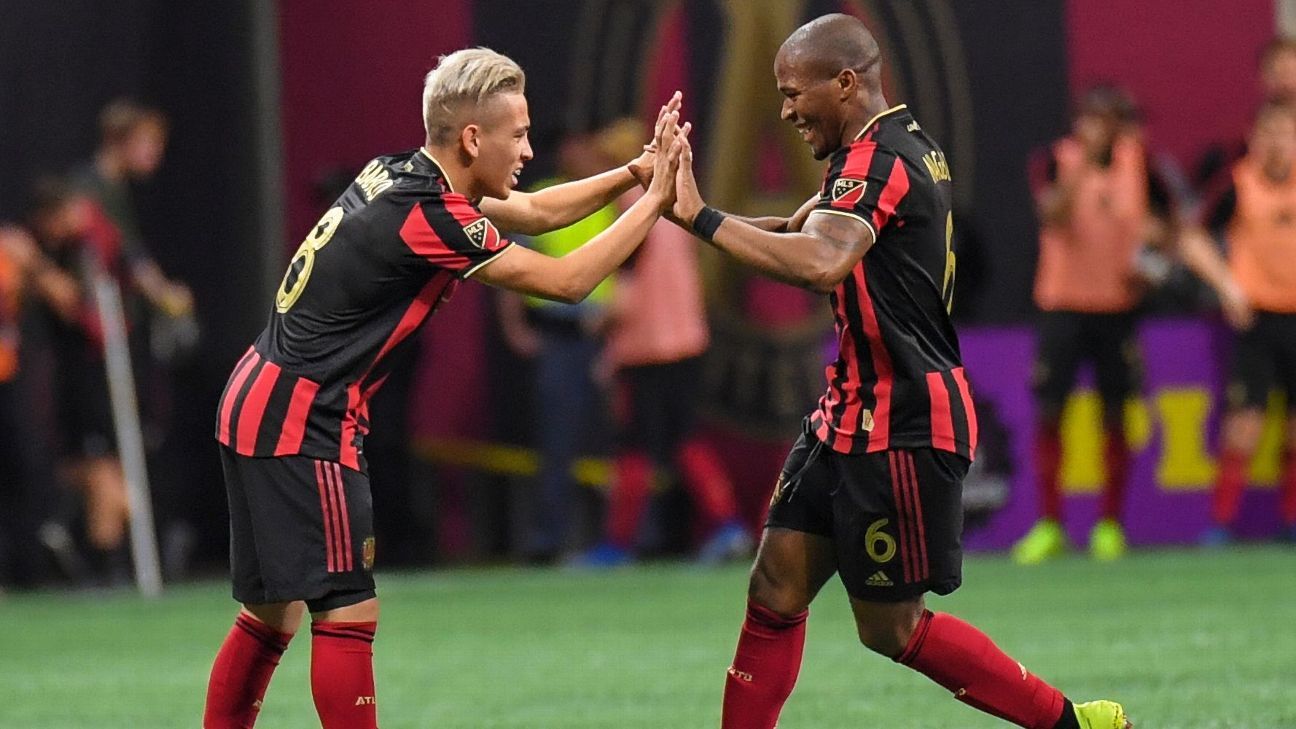 Ezequiel Barco scored in the 70th minute to help host Atlanta United record a 1-1 draw against the Philadelphia Union on Sunday night.

Brad Guzan made a point-blank save on Fabrice-Jean Picault in the 88th minute to preserve the draw for reigning MLS champion Atlanta, which has struggled with its offense this season. The club has mustered just eight goals in seven matches across all competitions, with four coming against Herediano in the second leg of a CONCACAF Champions League Round of 16 match on Feb. 28.

Atlanta has outscored Philadelphia by an 11-4 margin to record a 3-0-2 mark all-time against the club.

Brenden Aaronson scored in the 47th minute, and Andre Blake finished with one save for Philadelphia, which began the MLS season with two-goal setbacks to Toronto FC and Sporting Kansas City.

Entering the match as a substitute in the 67th minute, Barco made an immediate impact by attacking a Julian Gressel cross and heading the ball into the far corner of the goal to forge a tie at 1.

Aaronson made quite the impression while starting in his first MLS appearance in place of the suspended playmaker Marco Fabian, who received a red card in last week’s 2-0 setback to Sporting KC. The 18-year-old Aaronson weaved toward the top of the box and unleashed a shot that caught Guzan leaning in the wrong direction.

Josef Martinez attempted to respond in the 64th minute, but his one-touch into a bicycle kick was denied by a diving save from Blake.

Martinez nearly opened the scoring for Atlanta in the 37th minute, but his right-footed shot from the center of the box caromed off the crossbar.

Philadelphia attempted to answer four minutes later as Picault got Guzan out of position, but his bid was denied by trailing defender Miles Robinson. Robinson’s twisting right-footed stop prevented a likely goal and allowed Guzan to gain control of the ball.

Atlanta’s Jeff Larentowicz saw his shot late during first-half stoppage time sail wide of the net as the clubs went into intermission mired in a scoreless draw.