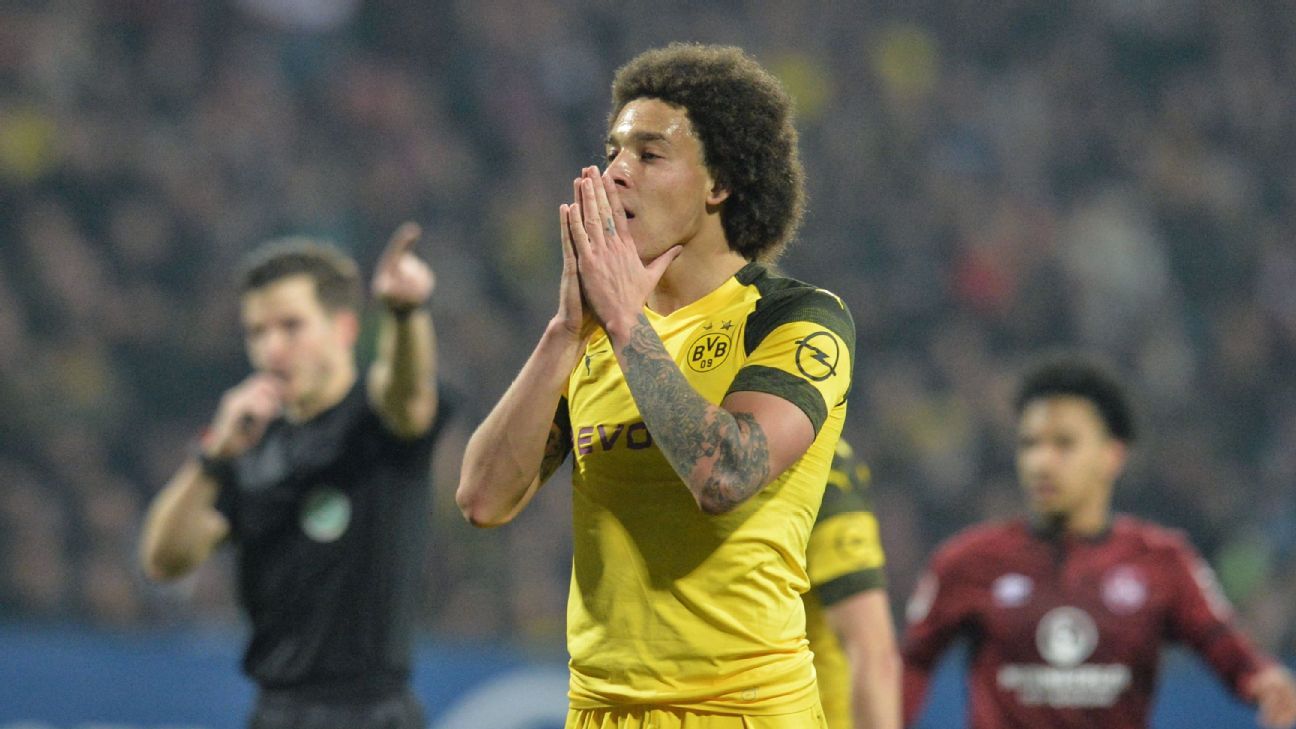 Bundesliga leaders Borussia Dortmund managed only a 1-1 draw at bottom club Nurnberg on Monday to see their gap at the top cut to three points over Bayern Munich after their third-straight draw in the league.

Dortmund are in the midst of a form crisis, having failed to win any of their last five games in all competitions and having been eliminated from the DFB Pokal, while also losing 3-0 at Tottenham in their Champions League round-of-16 first leg last week.

As expected, the Ruhr valley club had the upper hand throughout but could not score, with Nurnberg keeper Christian Mathenia in fine form and repeatedly denying Mario Goetze as the visitors had 18 shots on goal.

The keeper also tipped a low Paco Alcacer shot wide in the 86th minute and the Dortmund forward was ruled offside a little later after putting the ball in the net.

Dortmund are on 51 points. Champions Bayern Munich are in second place on 48 after their 3-2 comeback win at Augsburg on Friday. Borussia Monchengladbach are in third a further five points behind.

The hosts, who replaced coach Michael Koellner last week after seven defeats in their previous eight games replacing him with interim coach Boris Schommers, earned a point to move within two points of the relegation playoff spot.

Dortmund attacker Christian Pulisic was held out of the match with a thigh injury and is in doubt to return for next weekend’s match against Bayer Leverkusen.