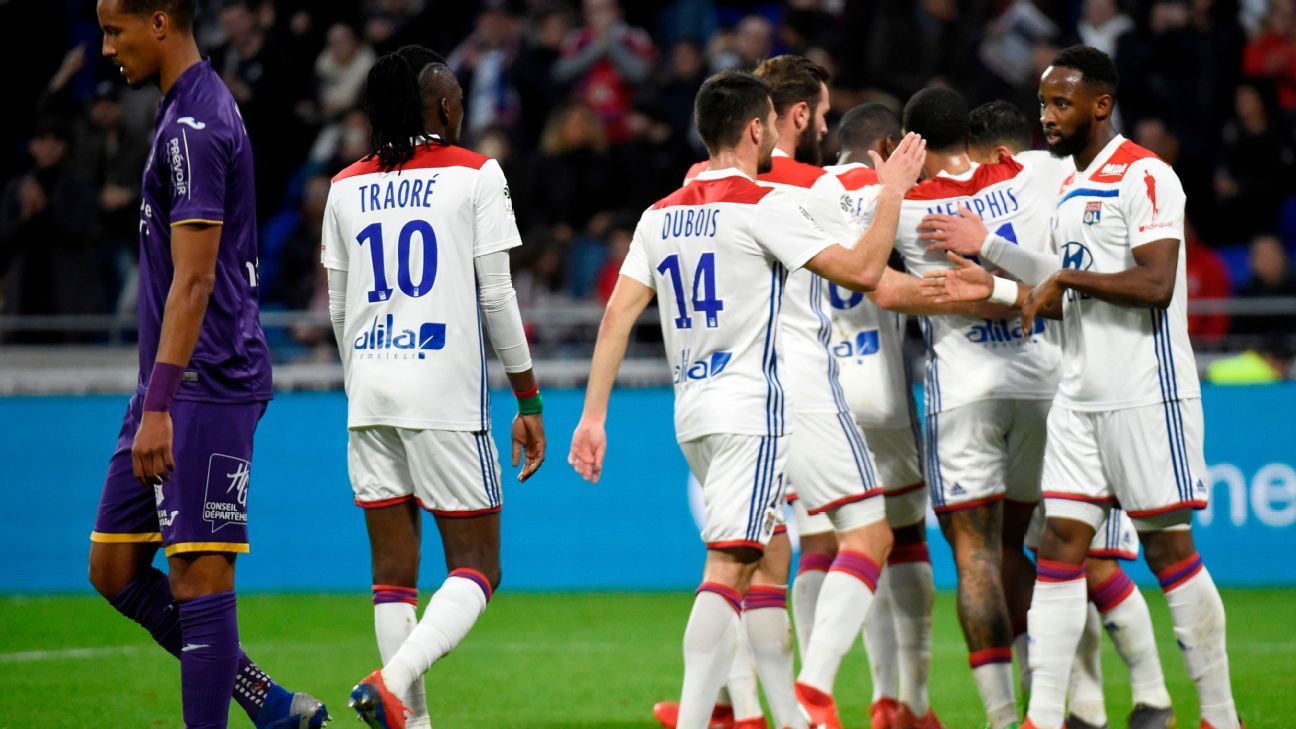 Lyon forward Moussa Dembele struck two second-half goals to round off a thumping 5-1 win over visitors Toulouse in their Ligue 1 clash at the Groupama Stadium on Sunday.

Memphis Depay opened the scoring for the third-placed home side after 10 minutes but the lead was short-lived as Matthieu Dossevi put Toulouse back on level terms five minutes later.

Bertrand Traore put Lyon back in front with a bizarre goal on the half-hour, whipping a left-foot effort into the danger area that goalkeeper Baptiste Reynet allowed to fly past him.

Lyon went 3-1 up five minutes later when Nabil Fekir won a penalty which he fired home himself and Dembele’s double put the icing cake for the hosts who are five points behind Lille and 22 adrift of runaway leaders Paris Saint Germain.