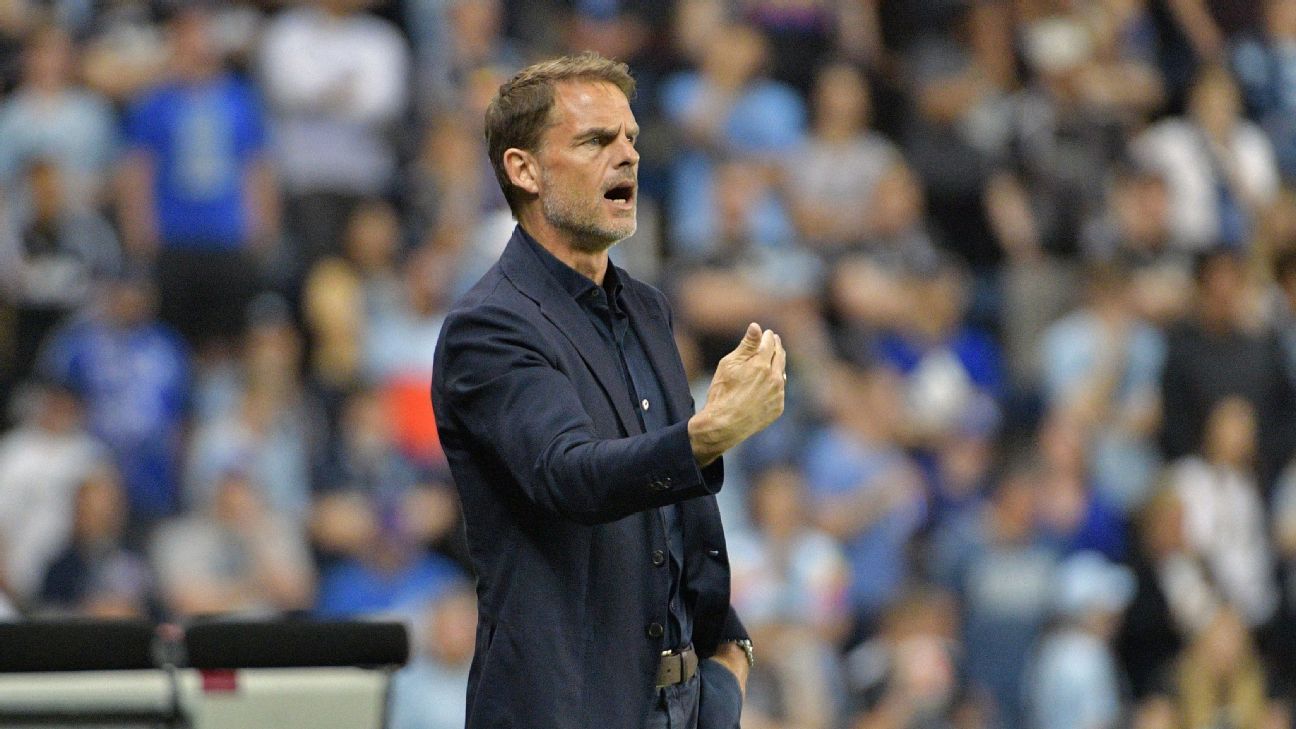 Koeman had been appointed after Netherlands’ failure to qualify for the 2018 World Cup — the second successive tournament they were absent for — and oversaw a huge improvement as they reached Euro 2020 and finished runners-up to Portugal in the inaugural UEFA Nations League.

De Boer has been placed in charge for the 2020-21 Nations League as well as the rearranged Euro 2020 tournament, which will now take place in 2021 following the coronavirus outbreak.

The ex-Barcelona defender, who won four league titles in a row as manager of Ajax from 2011-14, saw his reputation take a slight hit due to spells at Inter Milan and Crystal Palace, which led to early-season dismissals.

He then took over as manager of Atlanta in 2018 and led them to the Eastern Conference final, where his side were beaten 2-1 by Toronto FC. He left the club following their early elimination from the MLS Is Back Tournament.

Major League Soccer is on ESPN+. Seattle is the champion of the 26-team league, which added Nashville and Miami to the fold in 2020.
ESPN+: Live games and replays (U.S. only)
MLS home | Schedule | Standings

He also previously served as assistant manager to Bert van Marwijk for the 2010 World Cup at which Netherlands finished runners-up to Spain.

De Boer started his playing career at Ajax, where he spent 10-and-a-half seasons and won the five leagues titles, a UEFA Cup and a Champions League as well as several other trophies, before he joined Barcelona in 1999 and won La Liga.

He is the third most-capped Dutch player with 112 appearances. Only Wesley Sneijder and Edwin van der Sar, having made more, while De Boer appeared in the 1994 and 1998 World Cups, as well as the 1992, 1996 and 2000 European Championships.