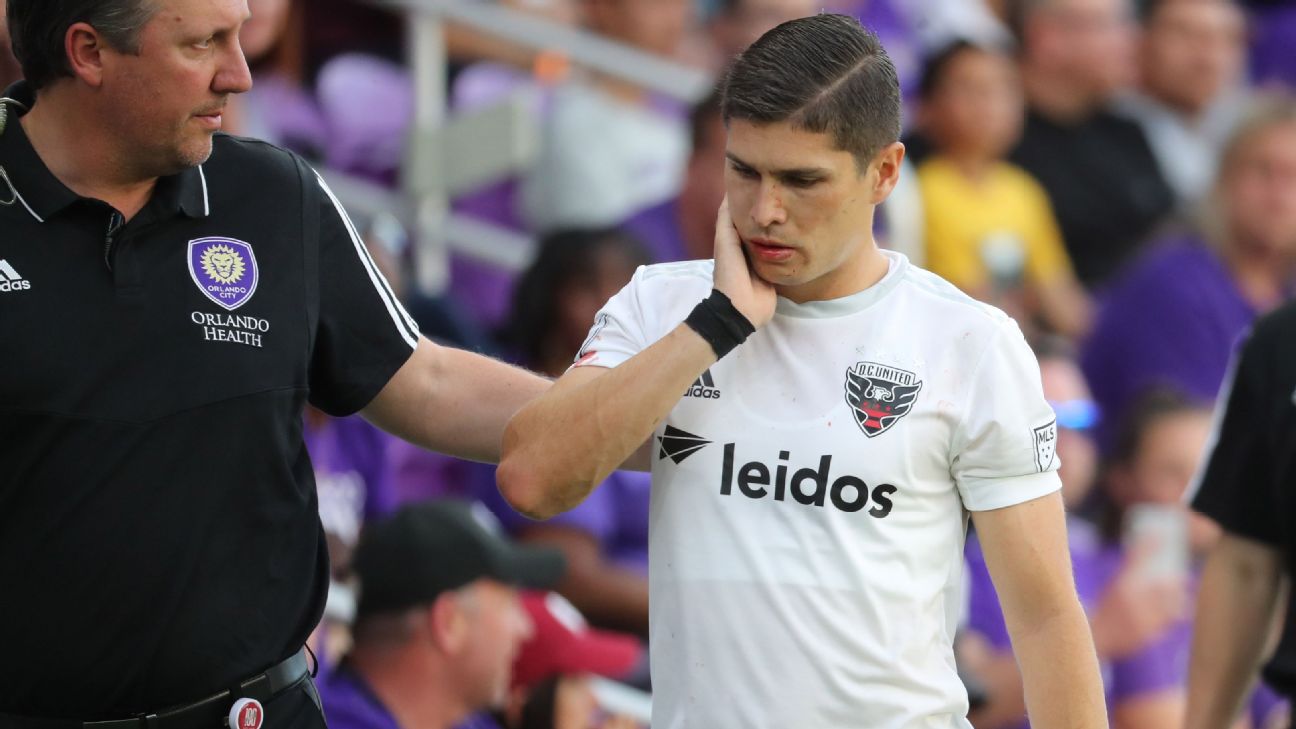 D.C. United left-back Joseph Mora will undergo surgery for a broken jaw suffered after an ugly collision in Sunday’s 2-1 win over Orlando City SC, the club has announced.

Mora, 26, was removed from the match in the 15th minute after taking a knee to the face from Ruan while trying to make a sliding tackle.

Mora was treated on the field by doctors for several minutes as blood repeatedly dripped out of his mouth.

D.C. said on Monday that there is no timetable for his return.

After leaving the field, Mora was taken to a nearby hospital, and X-rays confirmed the broken jaw. He traveled back to Washington to meet with surgeons.

Mora started D.C. United’s first four games this season and started 28 of 30 games played last season. He had two assists in 2018 and has not scored this season.

Chris McCann replaced Mora on Sunday, for his first action with D.C. United since departing MLS-champion Atlanta United. He is expected to assume the starting role.

The 31-year-old McCann, who started 21 games for Atlanta in 2018, was claimed off waivers in February.