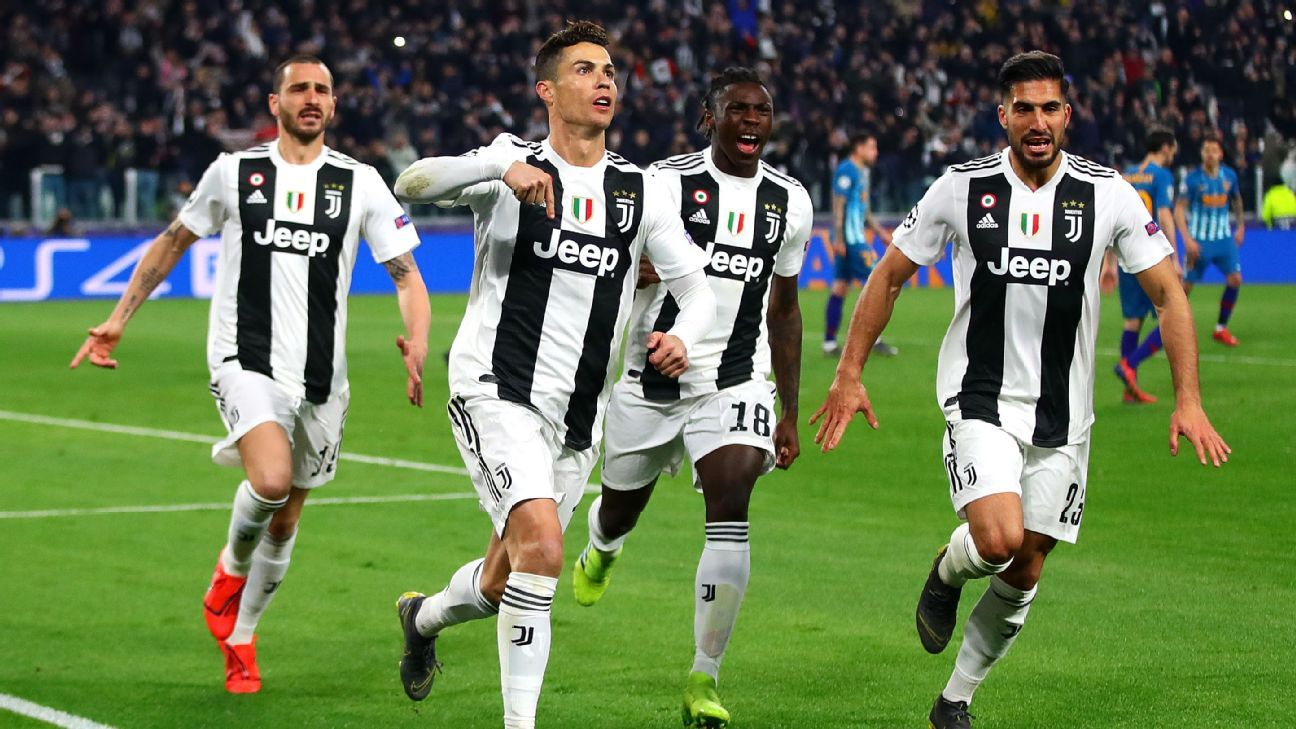 Cristiano Ronaldo grabbed a hat trick against his favourite victims as Juventus stormed back from a two-goal first-leg deficit to beat Atletico Madrid 3-0 in the return and reach the Champions League quarterfinals on Tuesday.

Ronaldo made the breakthrough in the 27th minute, levelled the aggregate score three minutes after halftime with another towering header and blasted home the decisive goal from a penalty with four minutes left to seal a 3-2 overall triumph.

It was his eighth hat-trick in the Champions League, pulling him level with Barcelona’s Lionel Messi. The former Real Madrid player also took his tally against Atletico to 25 goals in 33 matches in all competitions.

The visitors failed to muster a shot on target as they paid the price for an ultra-cautious approach by coach Diego Simeone in the last-16 second leg tie.

Juventus defender Giorgio Chiellini, making his 500th appearance for the Italian champions, had the ball in the net after four minutes following a goalmouth scramble but it was disallowed for foul by Ronaldo on goalkeeper Jan Oblak.

The Serie A side bombarded the Atletico area with crosses but made little headway against a packed defence until Federico Bernardeschi switched to the left and floated a cross to the far post where Ronaldo outjumped Juanfran to head in.

With Atletico making little effort to look for the away goal that could have changed the complexion of the tie, Juventus continued to press forward.

Bernardeschi curled a free kick over the crossbar and also produced an ambitious bicycle kick which flew wide before Chiellini had a header tipped over by Oblak.

Atletico’s first real chance fell to on-loan striker Alvaro Morata who got between two defenders to meet Koke’s cross from the right only to head over.

Juve went straight back on the attack after the break and quickly levelled the aggregate score at 2-2.

Ronaldo met Joao Cancelo’s cross with another powerful header and although Oblak clawed the ball away, goal line technology showed that it had crossed the line by centimetres and the referee signalled a goal.

Atletico brought on Vitolo and Angel Correa in an attempt to add more bite to their attack but to no avail.

With extra-time looming, Bernardeschi powered into the area and was pushed in the back by Correa, leaving Ronaldo to blast home the penalty to the delight of the Juve supporters.