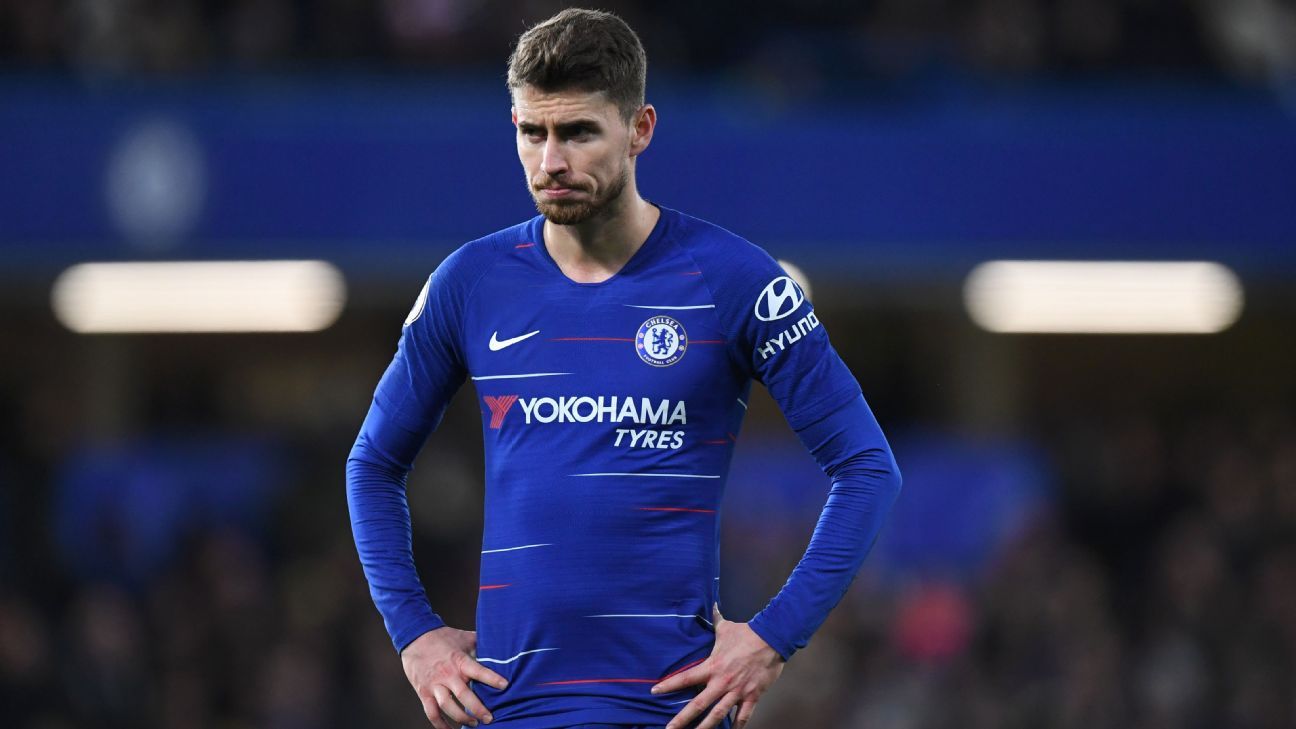 LONDON — Maurizio Sarri reiterated that Chelsea must find a replacement for Cesc Fabregas in the January transfer window after admitting that Jorginho was “in trouble” during Saturday’s 2-1 win over Newcastle.

Willian’s first Premier League goal since October gave Chelsea a vital three points in the top-four race after Ciaran Clark‘s header cancelled out an early opener from Pedro Rodriguez in a lively first half, but frustration gripped Stamford Bridge as the home side laboured for long spells.

Jorginho’s uncharacteristically error-prone performance made him the subject of particular ire. And after the match, Sarri attributed his marquee summer signing’s disappointing display to a lack of midfield cover in the wake of Fabregas completing a January move to Monaco.

“Today Jorginho was in trouble and on the bench there wasn’t a player for that position,” Sarri said. “I need an option for Jorginho.”

Asked when he expects a Fabregas replacement — reportedly a straight choice between Zenit St Petersburg midfielder Leandro Paredes and Cagliari star Nicolo Barella — to arrive, Sarri replied: “I have no idea.

“It’s not too much [of a worry for me]. [If] the club is worried, I don’t know. The club knows very well my opinion. I need the player there [in that position]. It depends on the club decision, I think. I cannot do anything more.”

Willian’s third Premier League goal of the season came at the end of a week that saw fresh speculation linking him with a move to Barcelona, though sources have told ESPN FC that Chelsea are reluctant to sell him in January amid concerns that it could damage Sarri’s ability to deliver a top-four finish.

“You know very well that Willian for us is really a very important player, as I said [on Friday] in the press conference,” Sarri added.

The win moves Chelsea six points clear of fifth-placed Arsenal after the Gunners lost 1-0 to West Ham earlier on Saturday, but Sarri insisted that his team’s performance against a struggling Newcastle side left him wanting more.

“I am really very happy with the result,” Sarri said. “We started very well for 10 minutes. After the goal, I think we thought now it’s easy, but it wasn’t. We slept for 20, 25 minutes, so at the end of the first half, we were in trouble.

“We need to improve in the mental reaction. After our first goal, something happened. We stopped [playing] for 25 minutes. We need to improve. It was really very important to get three points. For now, it’s enough.”