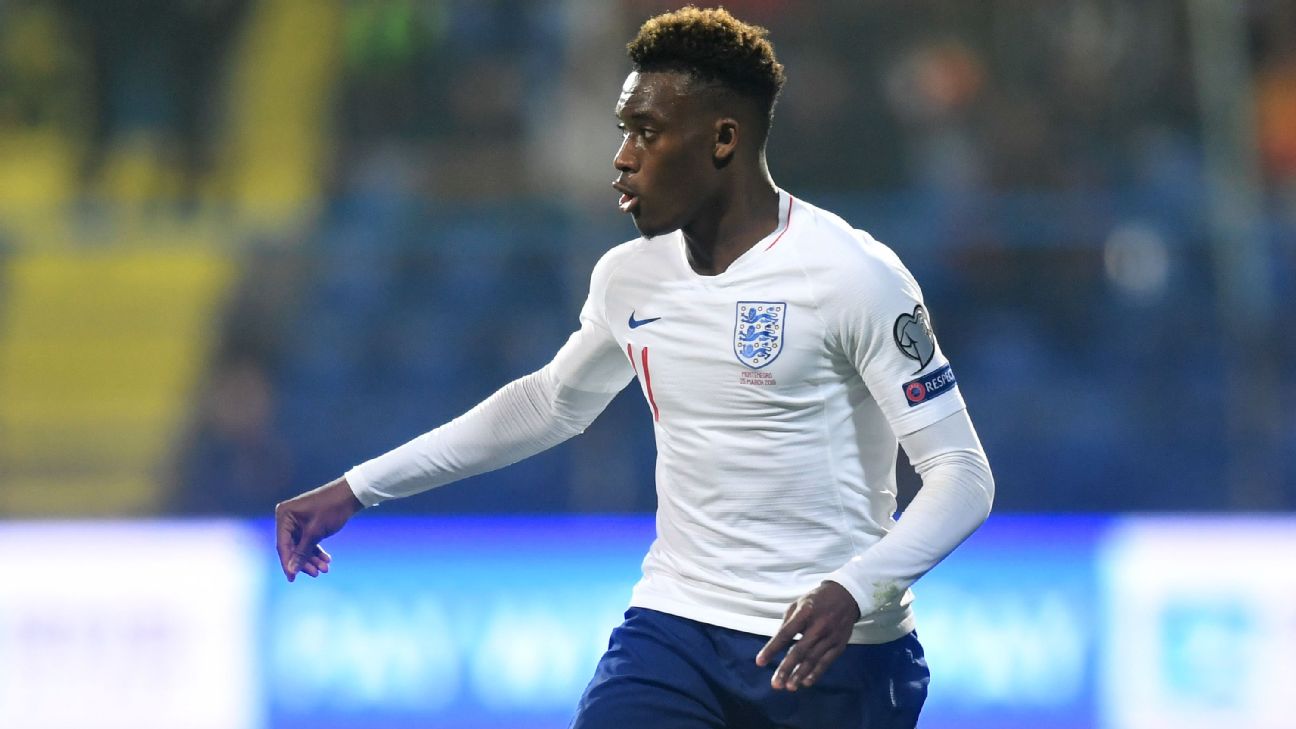 LONDON — Maurizio Sarri has said he watched only 20 minutes of Callum Hudson-Odoi‘s first England experience and has not spoken to the 18-year-old about the racist abuse he encountered on international duty.

Hudson-Odoi’s stock rose considerably with bright displays from the bench against Czech Republic and in Gareth Southgate’s starting XI against Montenegro, but the winger’s promising start to his senior England career was marred by racist abuse from fans in Podgorica towards several of Southgate’s players.

Chelsea have offered Hudson-Odoi any support he needs to deal with the abuse, but Sarri admitted he has not raised the subject with his player.

Asked if he has spoken to Hudson-Odoi about the Montenegro incident, Sarri replied: “No, not for the moment. And I don’t like to speak to him about this problem because, unfortunately, I am not able to solve it.

“In every country there are some stupid people. So it’s a big problem. I think that we need to do something different. Probably it’s right to stop the match for 10 minutes at the first situation [of abuse].

“We need a rule, I think. A rule for the Premier League, but for all the championships across football. A rule that can permit us to stop the match.”

Hudson-Odoi’s displays came despite the abuse he encountered and stirred excitement among Chelsea supporters keen to see Sarri hand the winger his first Premier League start.

But the Blues boss said he saw little of the academy prospect in action.

“[I watched] only 20 minutes,” Sarri added. “I had 14 players in the national teams, and I had no time to watch 20 matches. I saw the English national team only for 20-25 minutes, and Callum didn’t start very well in the first 20 minutes on the right [wing]. He did very well on the left, immediately. The first time he went to the left. But I know him very well, and I know he prefers to play on the left.

“I know very well the situation because, in the last season, Callum was only 17 and he played three or four matches, I think. In this season, he is really very young — only 18 — but, at the moment, he has played for … I don’t remember exactly, but 19 or 20 matches.

“I think the evolution is the right evolution. Probably, he will play 30, 35 matches in the next season. And so I think that, with Callum, we are on the right path.”

Some have suggested that Chelsea’s trip to Wales on Sunday to take on struggling Cardiff City presents an ideal opportunity to hand Hudson-Odoi his first Premier League start, but Sarri was keen to manage expectations.

“We have to play eight matches in 28 days, and so I am sure that Callum will start in two or three matches,” he said. “I’m really very confident in him. He started a lot of matches [this season]. Probably not in the Premier League, but that’s by chance. It’s not a problem for me to put him in the starting XI in a Premier League match. He’s ready.

“But of course I can play with only two wingers. In the squad we have [Eden] Hazard, Willian, Pedro [Rodriguez], so it’s not really very easy to start in every match here. Probably, in the near future, he will start in 75-80 percent of matches.

Chelsea are desperate not to lose Hudson-Odoi – who remains determined to leave Chelsea at the end of the season — and have told his advisors he will not be sold regardless of whether or not he agrees to extend his contract, which expires in June 2020.

Asked if he is confident Hudson-Odoi will still be a Chelsea player next season, Sarri replied: “I think so. I’m not able to say if he’s going to sign a new contract or not, but I think he will stay here with us in every case.”