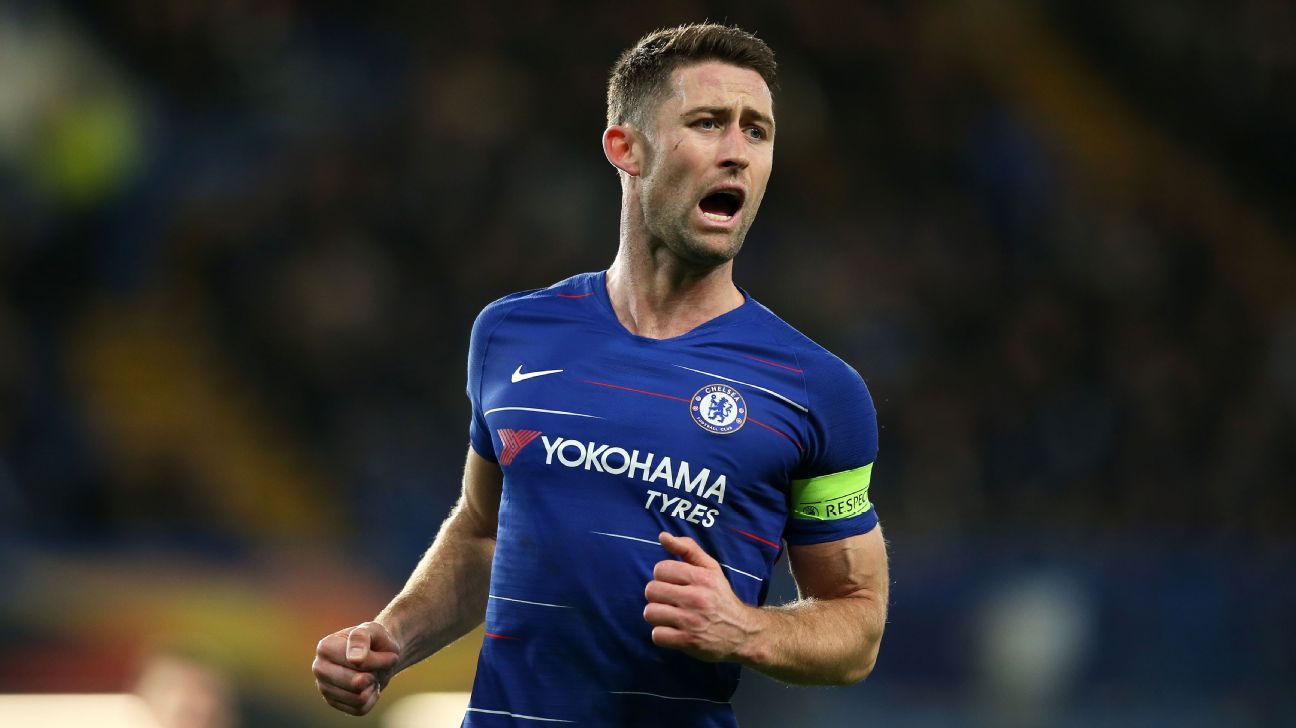 Maurizio Sarri has confirmed that Gary Cahill is not suited to his style of play, adding that it is up to the Chelsea captain whether he chooses to seek a move away from Stamford Bridge in January.

Cahill has played just 21 minutes of football in the Premier League this season, and admitted in September that he felt inclined to leave Chelsea in the January transfer window if he could not force his way into Sarri’s plans.

Sarri has named Andreas Christensen on the substitutes’ bench ahead of Cahill for Premier League matches in recent weeks and, speaking ahead of Thursday’s clash with Vidi in the Europa League, the Italian confirmed that the 32-year-old does not possess the technical qualities he requires in his defenders.

“I respect him very much because he has won everything with this club, but then I have to do my job,” Sarri said of Cahill.

“Every match I have to choose. For me it is not [possible] to have him on the bench. Maybe he is the best [of our defenders] in the box, but our defenders may play 100 or 110 balls in a match so I need defenders [to play] very technically.

“It is not my decision, it is up to him and the club [whether he stays]. He is in the last year of the contract, he has to decide for a new contract here or another club.

“For the [players] over 30 the club usually offers only one year of contract. If he has an offer of three years [somewhere else] he can of course choose something. It doesn’t depend if I am sentimental or not.”

Cahill did not travel with the rest of the Chelsea squad to Hungary due to injury, while Mateo Kovacic and Victor Moses are also sidelined. Sarri has chosen to leave Eden Hazard, N’Golo Kante, Cesar Azpilicueta, Antonio Rudiger and Kepa Arrizabalaga in England with Europa League qualification already assured.

“For tomorrow we have three [players born after] 2000 in the 18,” Sarri added. Maybe Odoi will be on the pitch, I don’t know at the moment. Ampadu maybe on the pitch because of Cahill’s injury.

“[In the] Premier League, I don’t know. I don’t think in Manchester City, [Manchester] United, or in the other big teams there are [players born after] 2000 with a lot of minutes. I hope in the future there will be a chance [in the Premier League] for Callum, for Ampadu. It is up to them I think.

“Odoi played in August, the Community Shield, two Europa League matches. Tomorrow maybe he is on the pitch so it is four opportunities. I think they have only to play very well in this opportunity. For the moment Odoi did it.

“Now I am looking forward to [seeing] Ampadu. The future for them is very important. They have to improve every day. Technically they are very good.”