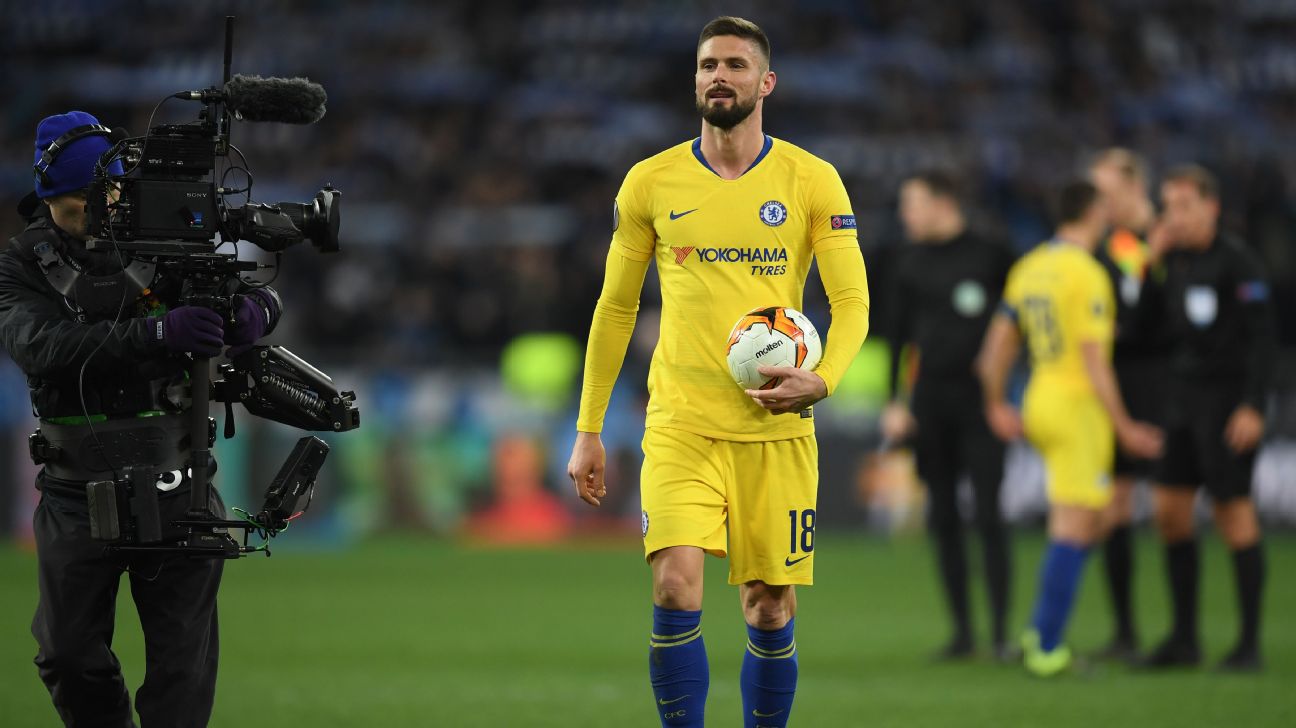 Olivier Giroud said he has not been given a fair chance by Maurizio Sarri since Gonzalo Higuain‘s arrival at Chelsea in January.

Higuain has netted just three goals in 10 Chelsea appearances — two against Huddersfield Town and one against Fulham — since signing from Juventus on loan, but continues to be Sarri’s preferred striker in the Premier League.

Giroud told ESPN FC in January that he had found it “difficult” to accept not being Sarri’s first-choice striker this season, and is disappointed that his form in the Europa League — he is the competition’s top scorer with nine goals in nine games — has not been taken into consideration by his head coach.

“Of course it’s frustrating,” Giroud told French radio station RTL. “I have the impression there is clearly no competition [for places in attack] since January.

“It’s like that, I know that I will only play in the Europa League. I try to do what it takes to be as effective and as important as I can for the team.”

Giroud is set to be a free agent this summer, and Chelsea are yet to confirm whether or not they will trigger the option to extend his stay by a further year as they wait for the outcome of their appeal against the two-transfer window ban imposed by FIFA last month.

Higuain’s future at Stamford Bridge beyond this season is also uncertain, but Giroud hinted that more regular first-team opportunities will be his primary concern when weighing up his options this summer — even if that means returning to Ligue 1, where he has been linked with Marseille and Lyon.

“The future may be hectic this summer,” he added. “I’m not afraid to go down a level to have more playing time. It could be I end my career in France.”