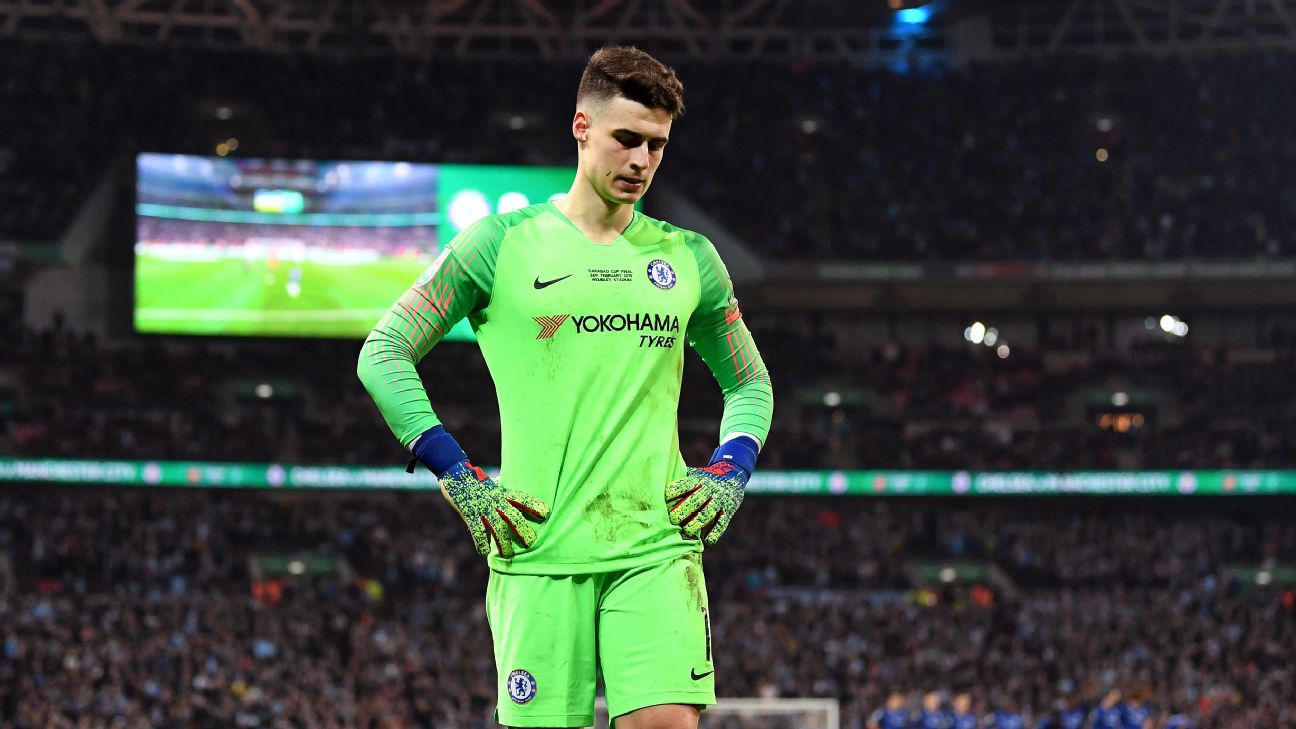 LONDON — David Luiz insisted Maurizio Sarri retains the respect of the Chelsea dressing room despite Kepa Arrizabalaga’s public refusal to be substituted during the Carabao Cup final defeat against Manchester City on Sunday.

Kepa angrily waved away the attempts of Sarri and his staff to replace him with Willy Caballero in the final seconds of extra time at Wembley, enraging his head coach and overshadowing an impressive Chelsea performance with what many interpreted as a showing of public disrespect.

“The coach has the power over the group,” Luiz said. “He has our respect. People can think in a negative way or a positive way. It is about our lives, it is always like that. People are negative, people are positive, people are happy, they are sad. For me there is not a problem here for that.

“We all believe in his philosophy, we all believe in the way he wants us to play. That’s why we did a great game against the best team in Europe at the moment. Apart from that, it was a misunderstanding and we all want to do what is best for Chelsea.

“It is never easy for us to listen from afar. I didn’t know if the coach wanted to make the change because it was his decision or because he [Kepa] had already been on the floor twice. Kepa was saying ‘No, I’m good, I can stay on the pitch’, but from far you can’t understand. You have the fans too, they start to boo [so it’s hard to hear].

“I’m sure if Kepa knew the coach wished to change him because it was his decision, he would have come off because he is a great professional, he is a great boy and would respect that.

“But I think he just didn’t know if the coach was changing him because he was on the floor twice or if he wanted to change him because it was his decision.”

After it finished 0-0 after extra time, City’s 4-3 victory on penalties means Sarri is still waiting for his first major trophy as a manager, but the spirited and disciplined manner of Chelsea’s performance against the Premier League champions — who beat them 6-0 at the Etihad Stadium earlier this month — suggested they are still responding to him.

“I love the way he plays, the way he is as a man,” Luiz said. “He is a fantastic person so of course the players are with him. For me it was more difficult to miss the penalty that didn’t get him the trophy than it was for me. I wish I had given that to Sarri.

“I think we played a great game. It is never easy to play against a team who you lost to two weeks before like the way we lost. We were mature enough to understand that and to do a great plan to play against them. We did great, especially in the second half.

“We were the better side and could have scored — if we’d done that the game would have been different. In the end it went to penalties and sometimes the luck is not on your side.”

Sarri’s future remains the subject of intense speculation, and the visit of Tottenham to Stamford Bridge in the Premier League on Wednesday is likely to have a significant bearing on Chelsea’s hopes of achieving their primary aim of Champions League qualification this season.

“During the season we had some great performances like the one at Wembley, but our problem has been not being consistent,” Luiz added. “We have to learn from that and be consistent.

“We have another important game to play against Tottenham on Wednesday, it is another big, big game and we have to play like we did against Man City. We have the quality for that, the players for that and the manager for that. It is up to us.”