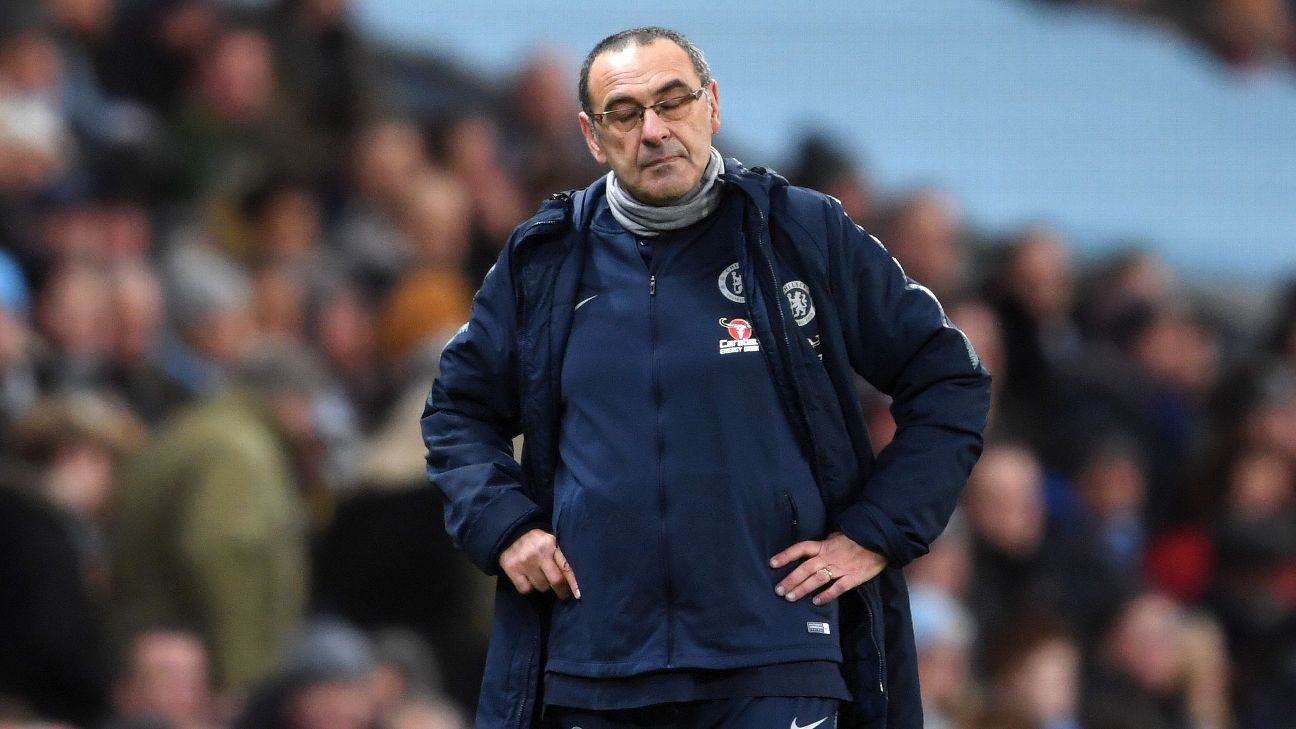 Maurizio Sarri insisted he would be happy if Chelsea owner Roman Abramovich calls him in the wake of Sunday’s humiliating 6-0 defeat against Manchester City and challenged the club to provide clarity on his future.

City scored four times in the opening 25 minutes at the Etihad Stadium and twice in the second half to inflict Chelsea’s worst defeat since 1991, with Sergio Aguero getting a hat trick and Raheem Sterling netting twice.

The result dropped Chelsea to sixth in the Premier League and raised fresh questions about Sarri’s job security, but he was bullish about the prospect of an Abramovich phone call in a post-match interview with Sky Italia.

“If the president calls I’d even be happy, seeing as I never hear from him,” Sarri said. “But I don’t know what to expect; people keep asking me what I think about the situation, but I think that’s a question which needs to be put to the club.”

There was no repeat of the lengthy dressing-room inquest between Sarri and his players that followed Chelsea’s shock 4-0 loss to Bournemouth earlier this month. Instead, the manager arrived quickly for his post-match press conference and left fewer than four minutes later, admitting that he was “worried” about his Chelsea side and adding that his job is “always at risk”.

“It is not easy. At the beginning, we played better away than at home. Now we play better at home than away. Something is changing. I am not able to see the reason but we have to work for this. My target is to play my football, not to change another football because at the moment we are playing another football.”

Sarri has frequently identified a poor mentality for Chelsea’s worst performances this season, but he claimed that attitude was not the root of his players’ problems against City.

“We started well then we conceded the goal after four minutes in a stupid way. In that moment, we needed to stay in the match and we were not able to because we made a lot of mistakes against the wrong opponents. They played really fantastic football today.”