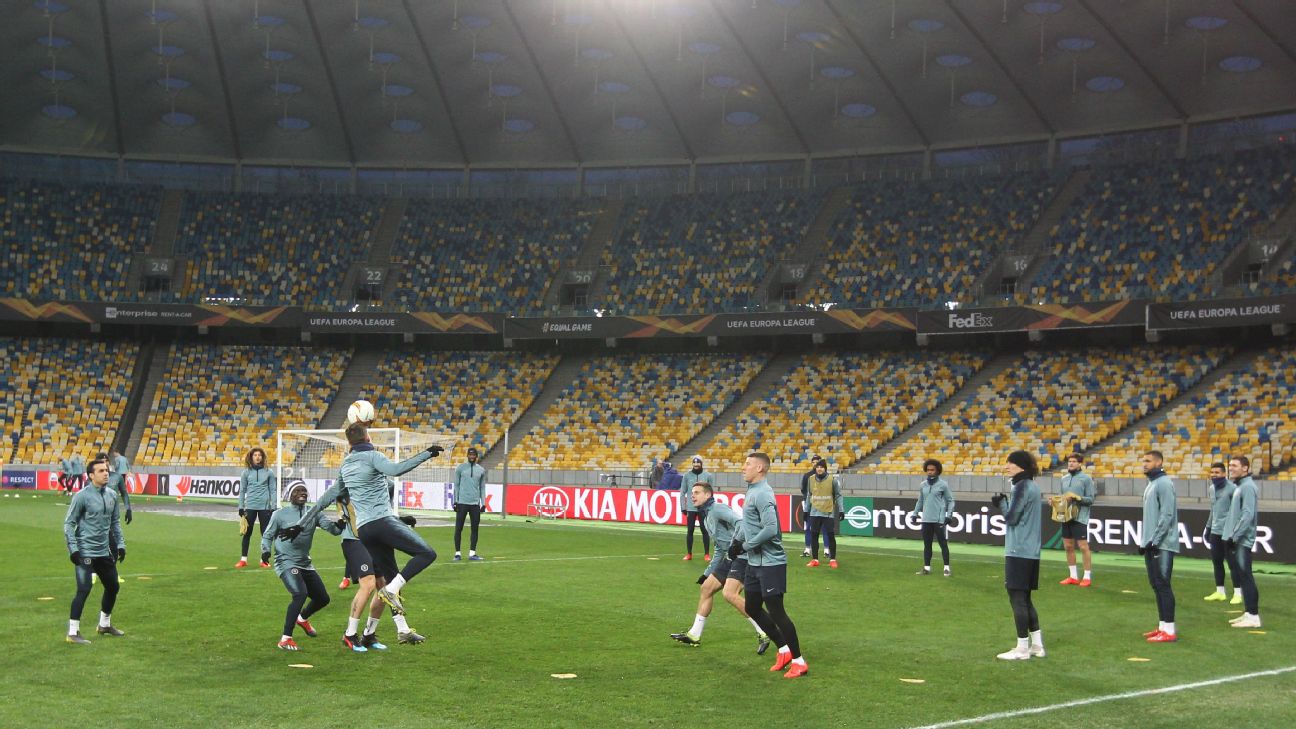 Chelsea manager Maurizio Sarri has hit out at the “dangerous” pitch at Dynamo Kiev’s NSC Olympic Stadium ahead of his side’s Europa League last-16 second-leg tie on Thursday.

Chelsea, who won last week’s first leg at Stamford Bridge 3-0, usually practice at their Cobham training ground in London the day before a Europa League away game, but appeared at the stadium on Wednesday.

Muddy patches could be seen on an uneven surface, which could become even worse if it freezes in sub-zero Ukrainian temperatures.

“[It’s] a disaster,” Sarri told reporters. “The pitch is not good and I think that it’s really dangerous to play any football here. It’s really very dangerous for injuries.”

“I don’t know the reason, probably winter, because I played here two years ago and the pitch was wonderful [but it is now] very, very dangerous.”

The NSC Olympic Stadium hosted last season’s Champions League final between Real Madrid and Liverpool, which the Spanish side won 3-1.

Sarri, who was in charge of Napoli when the Italian side beat Dynamo 2-1 at the stadium during the 2016-17 Champions League group stages, also criticised UEFA for not paying more attention to player welfare.

“I don’t understand why UEFA gives so much attention to everything like the players’ list…and then we have to play in such a bad pitch,” the 60-year-old said. “It’s a problem for us but also for our opponents.”

The Guardian reported that Chelsea will consider launching a complaint to UEFA over the condition of the pitch.

Striker Gonzalo Higuain has not travelled due to illness while teenage winger Callum Hudson-Odoi is likely to start, Sarri added.