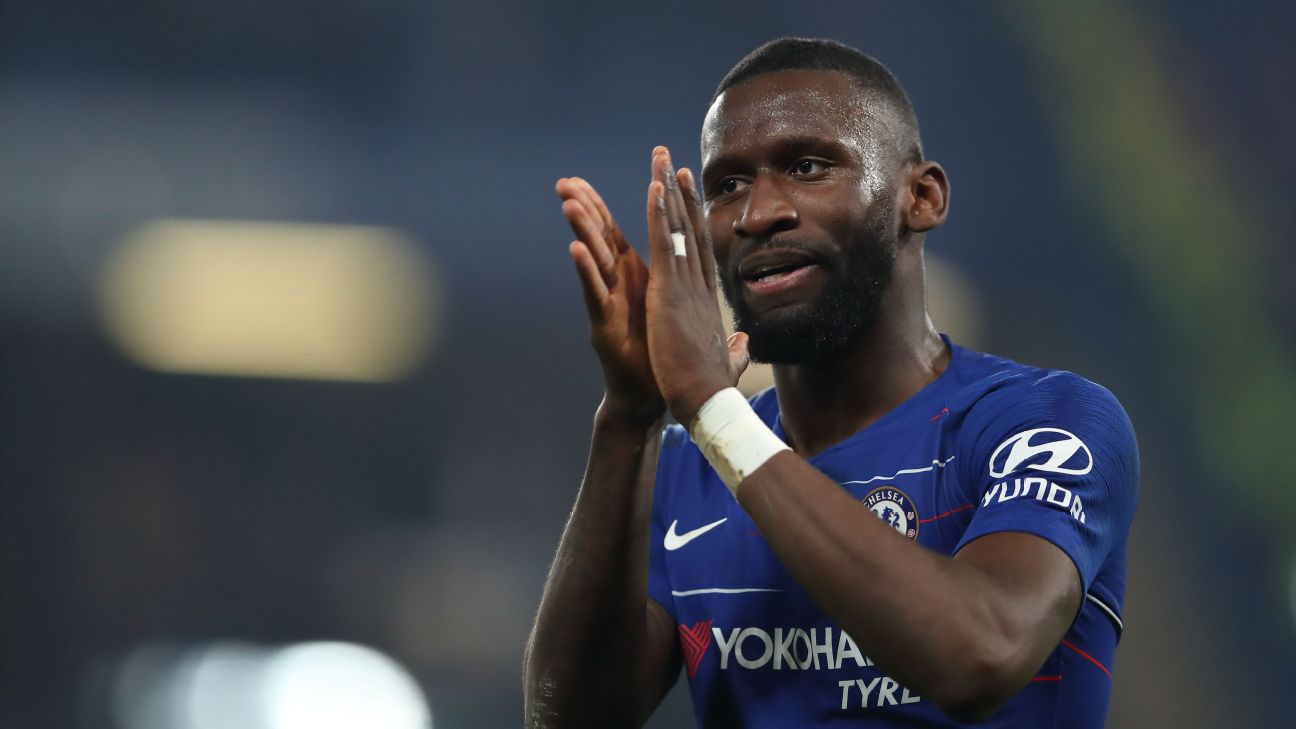 Chelsea defender Antonio Rudiger said manager Maurizio Sarri has “learned” from Chelsea’s 6-0 defeat against Manchester City after they continued their revival with a 2-1 win over Fulham on Sunday.

First-half goals from Gonzalo Higuain and Jorginho, coupled with some key saves from the recalled Kepa Arrizabalaga, saw Chelsea build on their midweek win over Tottenham to gain ground on Mauricio Pochettino’s men, Manchester United and Arsenal in the race for a top-four finish in the Premier League.

Sarri’s job was on the line after his game plan backfired spectacularly against City at the Etihad, but Chelsea have won three of their last four matches in all competitions and took Pep Guardiola’s men to penalties in the Carabao Cup final with a more conservative tactical approach.

“He learned from that game against Manchester City,” Rudiger said of Sarri. “There we went high, we went to press, we wanted to win the ball and everyone knows what happened.

“In life, you need to adapt to things. This league is different to Italy; you have to adjust a bit — I think everyone has adapted to new things, also the coach.

Sarri’s most significant prematch decision against Fulham was to recall Kepa, one week after the Spain international refused to be substituted during extra time against City at Wembley.

Chelsea’s club-record signing repaid Sarri’s faith by making vital stops to deny Aleksandar Mitrovic in each half at Craven Cottage, and Rudiger said he believes Kepa’s impressive return to action has brought the episode to a close.

“Of course what happened was sad,” the Germany international said. “He made a mistake, he said sorry and this thing is now [in the past] and that’s good.

“Especially with performances like this it’s very good. He regained the trust [of everyone]. He definitely showed his quality. The goal we conceded, he couldn’t do anything about that, but in the rest of the game he saved us. That’s why we have him.”

Chelsea’s win over Fulham was also a big moment for Jorginho. The midfielder heard his name sung by the same travelling supporters who have been vocal in their criticism of him in recent weeks after scoring what proved to be the winning goal, and Rudiger said he is confident there is more to come from his teammate.

“The thing about him is that people need to give him a bit of time,” Rudiger said of Jorginho. “He also came from a different competition — he is probably not used to this hard game. You also need to adapt.”