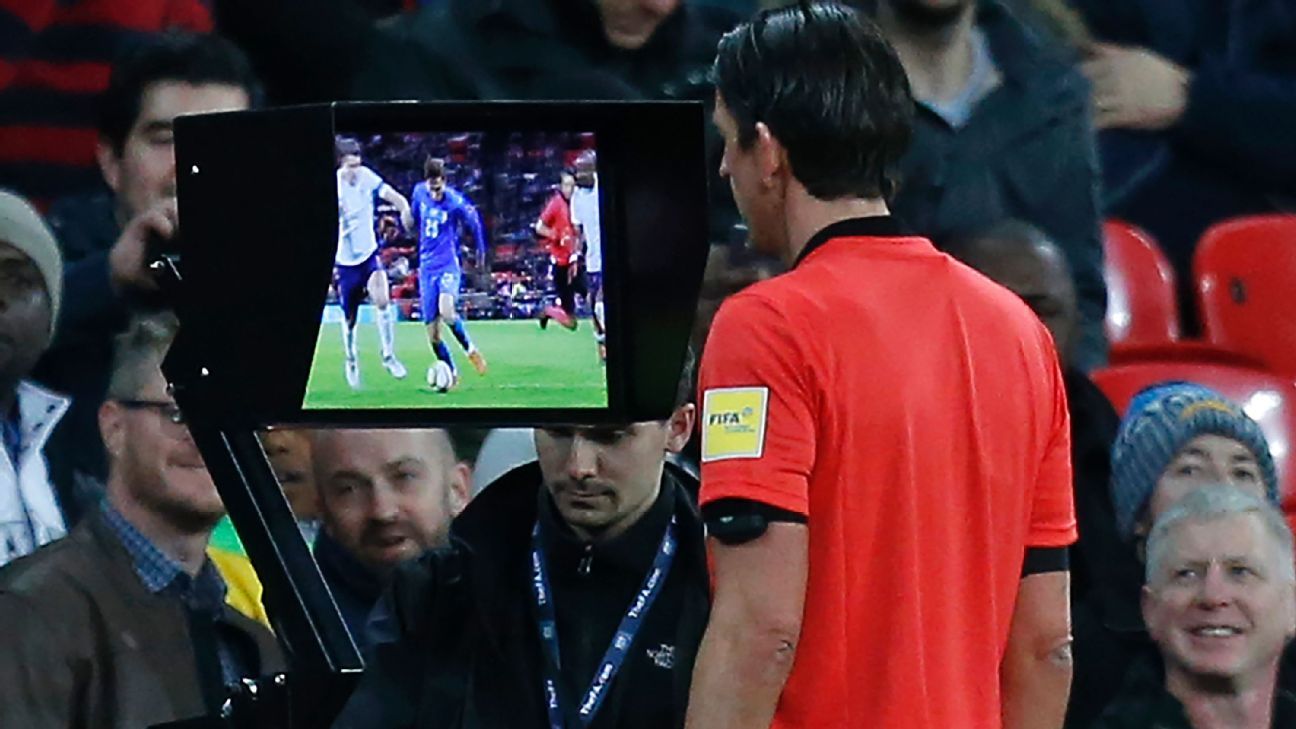 Video Assistant Referee (VAR) will be introduced from the round of 16 in this season’s Champions League, tournament organisers UEFA has confirmed.

European football’s governing body confirmed the decision has been made on the back of successful testing and training over the past few months. As well as in the Champions League knock-out phase, the technology will also be used in the 2019 Europa League final.

“We are ready to use VAR earlier than initially planned and we are convinced that it will be beneficial for our competitions as it will provide valuable help to match officials and will allow to reduce incorrect decisions,” UEFA president Aleksander Ceferin said.

UEFA had originally intended to introduce VAR from next season, starting in the the Champions League qualifying playoffs in August.

Without VAR this season in the Champions League group stage, Cristiano Ronaldo was sent off for Juventus after a disputed red card and Manchester City’s Raheem Sterling won a penalty after tripping on the turf.

Video review is already used in Serie A, Ligue 1, La Liga and the Bundesliga and will be in place for the 2019-20 Premier League season.

Despite the widespread success of VAR, there have been some issues, with the latest coming during Roma’s 2-2 draw with Inter in Italy’s top flight on Sunday evening.

Roma’s Nicolo Zaniolo appeared to be tripped in the penalty area by Inter’s Danilo D’Ambrosio, with the referee waving play on and no VAR review was called. After the match, the president of the Italian referees’ association issued a statement admitting an error had been made.

“Unfortunately, this happened and those in charge will examine and take the necessary measures.”

Meanwhile, England has been selected as the host nation for UEFA Women’s Euro 2021.