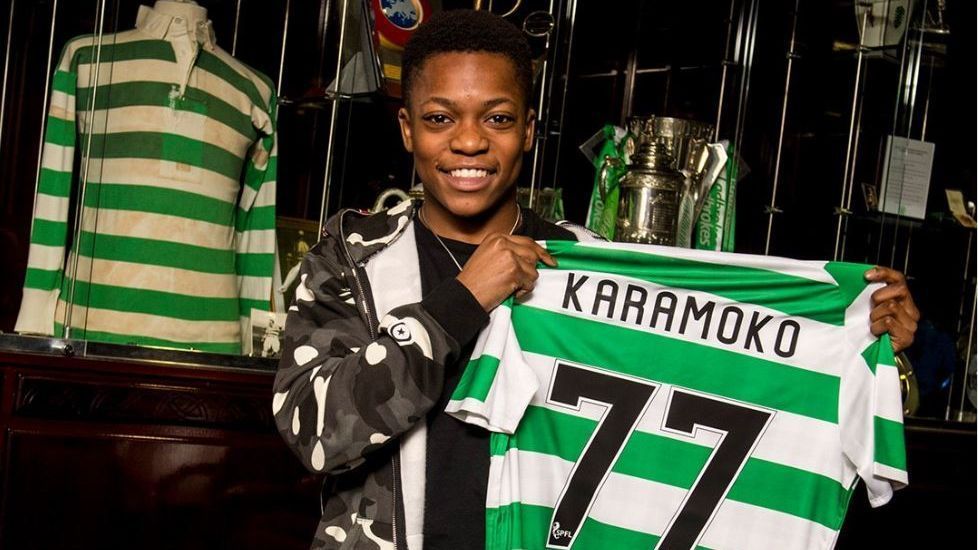 Celtic have signed 15-year-old wonderkid Karamoko Dembele to his first professional contract with the Scottish champions.

Dembele made headlines back in October 2016 when, at the age of 13, he came on as a substitute to play for Celtic’s under-20 side.

Before the end of that year the London-born midfielder, whose parents came to the UK from Ivory Coast, had turned out for both Scotland’s U16 and England’s U15 teams.

At the time, Celtic manager Brendan Rodgers tipped Dembele as “one of those boys who is in the team at a very young age,” and on Christmas Eve the club announced that he had signed a professional deal that runs until at least 2021.

🆕📝 Karamoko Dembele has signed his first full-time professional contract with #CelticFC, in a deal that sees him remain at Paradise until at least 2021.https://t.co/wsGY73Yodh pic.twitter.com/4MlppIOCWq

Dembele told the club’s official website: “It means a lot to me to start my professional career at Celtic. I came here at a young age, and, after all the stuff me and family have been through together, it’ll be good to make them proud.

“Getting attention at a young age has been hard, but I’ve obviously had my family to help me through that. You need to be strong mentally, you need to stay grounded, and you just need to get on with everything that you do on a daily basis.”

He added: “My goal is to play for the first team. As soon as I can, I’m going to try to get into the first team, 100 percent. In the Reserves, every training session, every game — it’s all to prove myself to the manager that I can play in the first team.”

Defending champions Celtic are currently one point above Rangers at the top of the SPFL table.