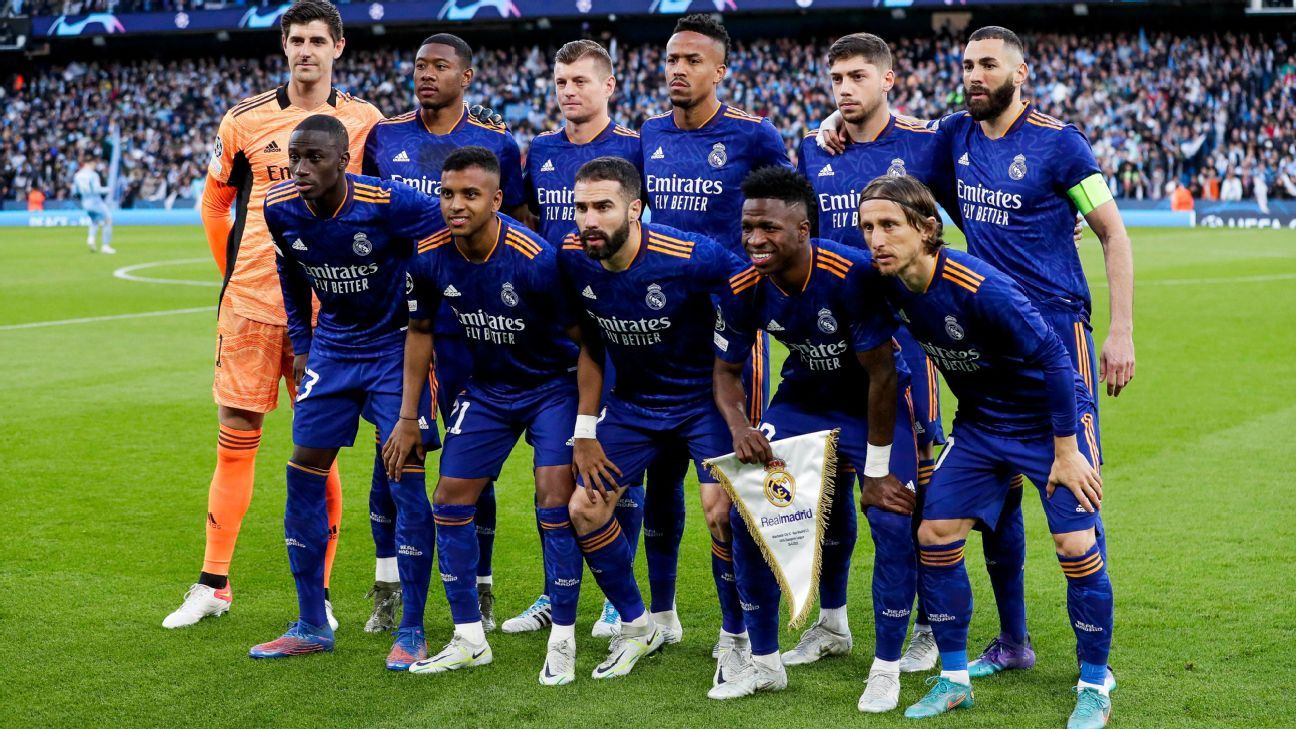 The term is “miedo escenico” and it translates as “stage fright,” though there’s far more to it than that. It’s a combination of insecurity, self-doubt, powerlessness and a sense that you are battling against the inevitable, attempting to subvert a destiny that fate has already written. Former Real Madrid forward/philosopher Jorge Valdano used it to describe what happens to opponents at the Bernabeu as they find themselves falling victim to the early signs of a comeback by the home team. Valdano himself borrowed it from Nobel prize winner Gabriel Garcia Marquez, and it has become part of the narrative not just of the club, but all of “Madridismo.”

It’s also what Pep Guardiola’s Manchester City will be facing on Wednesday night when they travel to the Spanish capital to defend their 4-3 advantage from the first leg.

Rationally, Guardiola should tell himself and his players that it’s nonsense because, well, it is nonsense. In a rational world, there is no such thing. His players were in a Champions League final less than a year ago. His players also enjoyed 60% possession in the first leg, outshot Madrid 16-11 and had an Expected Goals (xG) that was a whole goal higher than their opponent’s. The pitch will be comparable in size at the Bernabeu, it will be 11 vs. 11, and his crew is top of the table in the Premier League, which is the best league in the world right now. There’s no reason to fear: just go out and play the game.

The problem is, sports aren’t wholly rational to begin with; in fact, football is probably a whole heck of a lot less rational than others, and if you believe in something, sometimes you can make it become reality. Whether you’re doing your hardest not to (like Man City), or whether you’re milking it as much as possible for it to be true (like Real Madrid).

It was Juanito, Real Madrid’s winger and cult hero of the 1980s, who supposedly coined the phrase “90 minutes is a long time in the Bernabeu.” He said it to an Inter defender before the second leg of the 1984-85 UEFA Cup semifinal, with Real Madrid needing to overturn a 2-0 deficit. They did, winning 3-0 (and, later, the final itself).

Against Paris Saint-Germain, Real Madrid went into the second leg 1-0 down having been thoroughly outplayed at the Parc des Princes. They conceded at home and, with 30 minutes to go, they were 2-0 down on aggregate before a Karim Benzema hat trick made it 3-2. In the quarterfinal against Chelsea, there was a bit of a twist. This time, they won the first leg away, 3-1, only to find themselves 3-0 down and heading for the exit at home. Rodrygo found the net to send the game into overtime, when Benzema (who else?) scored to clinch the spot in the semifinal.

Voodoo? Hoodoo? The ghost of Juanito? Manifest destiny? Who knows: the point is that they believe in it, so much so that Madrid boss Carlo Ancelotti pushes buttons by joking about it. Asked not too long ago what he was thinking back in 2014 in the Champions League final in Lisbon, with his team trailing rivals Atletico Madrid and with a single minute left in injury time, he said: “I was pretty calm. I told myself we still have 60 seconds. That can be a really, really long time.”

And it was. Sergio Ramos headed in the equalizer and Real Madrid romped to a 4-1 win in extra time, clinching their 10th European Cup.

Ancelotti told me years ago that the weird thing about the Bernabeu is that you can be 3-0 up and still get booed by the crowd if they don’t like the way you’re playing. The idea was that this is Real Madrid, there’s a certain way to do things and it’s less about the result (because that’s expected) than how you get there.

This season, it feels like this narrative has been replaced by one of manifest destiny, inevitability and how belief can carry you over the line. It’s what Real Madrid rode on their way to securing their 35th LaLiga title over the weekend.

At this point, you might be wondering: is it even real? Is there any statistical evidence that Real Madrid collect more dramatic comebacks at home than other teams? I’ll be honest: I haven’t checked. Somebody else can go and do that. And I haven’t checked because it really doesn’t matter whether it’s true — it’s part of the narrative, and enough folks believe it is real that it starts to impact the game.

Luis Garcia feels Real Madrid must keep Carlo Ancelotti on as manager after they won their 35th LaLiga title.

We can try to explain it in different ways. This is a side brimming with experienced veterans of the “been there, done that” variety. They rarely get spooked or rattled. In a knockout competition of a low-scoring sport, they have the ideal combination of a standout, shutdown goalkeeper (Thibaut Courtois) and individual match winners (most notably presumptive Ballon d’Or winner Benzema, as well as Luka Modric and Vinicius Jr.). The 90,000-strong crowd at the hulking Bernabeu can make an awful racket.

In pundit speak, “patience” is good and “lack of urgency” is bad, but they’re two sides of the same coin. And when Real Madrid chase games, even when they don’t succeed (remember the 4-0 home humiliation against Barcelona?) the vibe is generally one of patience. Somehow, this gets channelled to the players. (At least until the final whistle, because when they lose, generally, all bets are off and local media and fans can be as vicious toward their own players as anywhere on Earth.)

But really, we’re clutching at straws. Maybe the most rational explanation is that Juanito was right: time really does get warped at the Bernabeu when Real Madrid are behind. It’s what Real Madrid will believe on Wednesday night against City, and it’s what Guardiola will want to shut out of his players’ minds (and his own). While he’s at it, he’ll want to make sure the ghost of Juanito doesn’t materialise in his players’ heads, reminding them just how long 90 minutes in the confines of the Bernabeu can last.