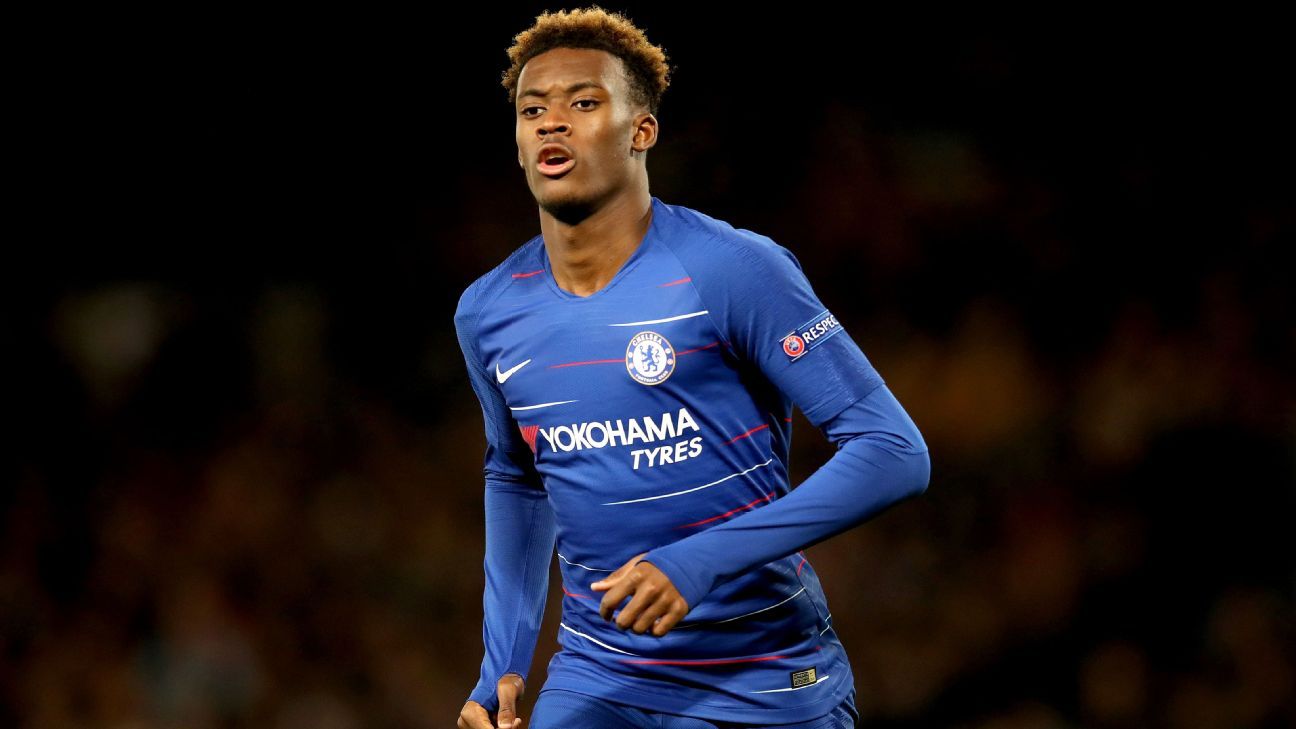 Callum Hudson-Odoi has no plans to sign a new Chelsea contract and Bayern Munich are awaiting a response to their fourth bid for the winger, believed to be £35 million, a source has told ESPN FC.

A source has told ESPN FC the academy youngster does not plan on signing a new deal, with his existing contract set to expire in 2020. And Bayern are desperate to land Hudson-Odoi, having made four bids for him.

The latest is believed to meet Chelsea’s valuation of the player and Bayern Munich are awaiting a response.

“If I have something to announce, I’ll do so,” Salihamidzic told reporters at the club’s winter training camp in Qatar, in which he also confirmed the signing of Benjamin Pavard.

“What I can say: We like the player and take a great interest in signing him. We’ll see about the rest.”

When asked about Hudson-Odoi’s £35m price tag, he added: “That’s the state of the transfer market.

“We must identify those players which can improve us. Callum has unbelievable qualities in the dribbling, he has the pace and skills. We want to sign him.”

Chelsea remain desperate to convince Hudson-Odoi to stay and Maurizio Sarri’s decision to start him against Tottenham was part of that charm offensive.

Speaking after that game Antonio Rudiger revealed that Hudson-Odoi has asked him about his experiences in German football with Stuttgart.

“Of course he asked me about Germany,” Rudiger said. “It was just a general question from him to know, because he is still young. I can advise him, but at the end of the day he decides about his future.

“He can develop as well here. You can see it from both sides. Of course he can develop in Germany as well and don’t forget Bayern Munich is also a big club. It is something he needs to decide. For his future, I wish him all the best. But for me I just wish he stays with us.”

He added: “To be honest of all the young players I have seen at Chelsea, he is the shooting star for me. He has all the tools to become a big player, but he has to work a lot.

“I think for him everything is going very well at the moment. He is a young lad and has less pressure so he can show what he can do. He did very well and caused a lot of problems to them.

“We don’t need to speak about him too much. He is good, everyone knows that, everyone can see that. But he is still 18 and at that age you can’t look too far [ahead]. People have to give him time. For me he is an upcoming star, but he still needs to work hard.”