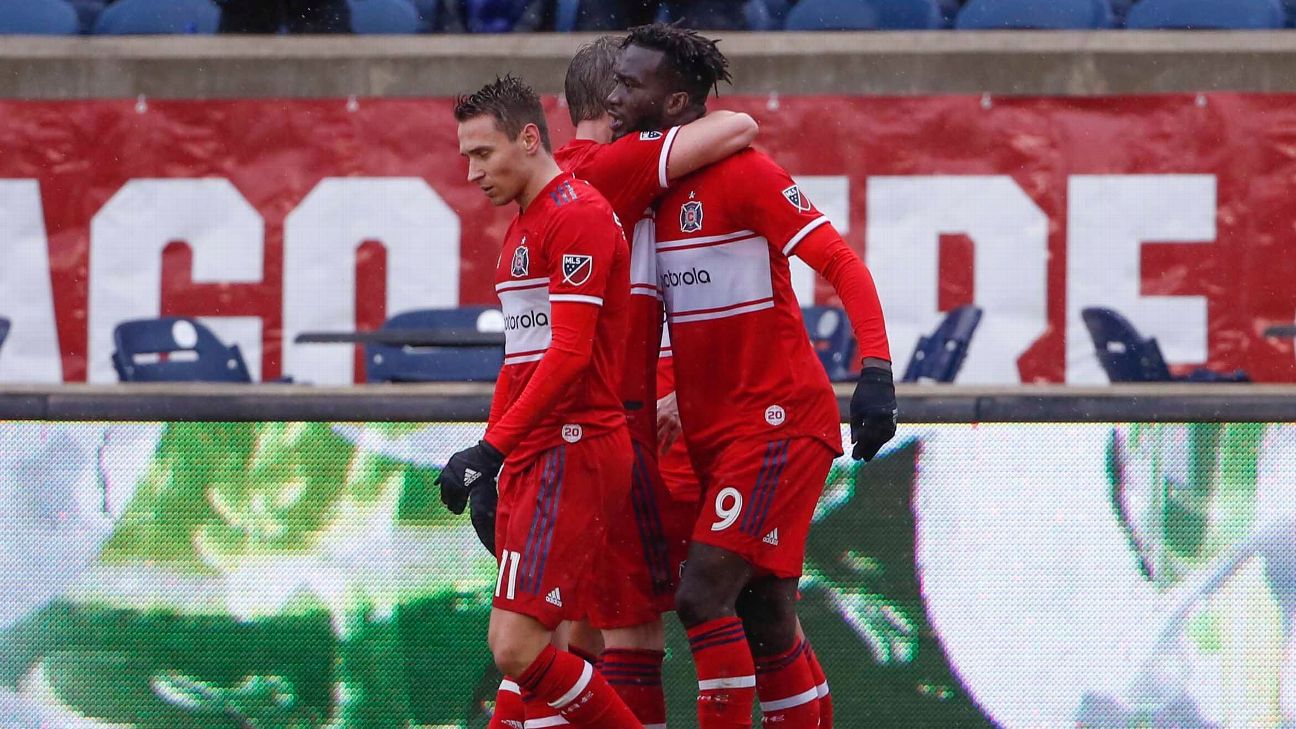 Forward C.J. Sapong equalized on a header in the fifth minute of extra time Saturday afternoon, allowing the Chicago Fire to salvage a 1-1 draw with visiting Orlando City SC despite being down to 10 men.

It appeared the Lions were headed for a 1-0 win until the Fire counter-attacked quickly after an Orlando City offsides infraction, getting the game-tying goal on a cross by substitute Przemyslaw Frankowski that found the head of Sapong.

The last-minute dramatics prevented an 0-2 start for the Fire, who were beaten 2-1 by the Los Angeles Galaxy last week in the opener.

Orlando City, which had opened its season with a 2-2 draw against New York City, tied for the second straight game.

Dom Dwyer turned a Chicago turnover and defensive miscommunication into the Lions’ only goal in the 47th minute of the match.

The Lions caught a break when Nani stole a misplayed ball near midfield and chipped a pass over the head of the Chicago defense. When Fire goalie David Ousted and the last defender hesitated in clearing the bouncing ball, Dwyer swooped in and poked it over Ousted’s head for Orlando’s only goal of the match.

Dwyer had entered the game as a substitute in the 21st minute after teammate Tesho Akindele suffered an injury.

The Chicago comeback occurred after it was relegated to playing with 10 men after Jorge Corrales received a red card in the 64th minute, which was given upon video review of a late slide tackle just outside the box.

Chicago outshot the visitors 7-2 in the match, but just 3-2 in shots on target.

Orlando goalie Brian Rowe made two saves, while Chicago’s Ousted had one.

The Fire had won their last three matches against the Lions. They remained unbeaten (3-0-4) against Orlando City since 2015.