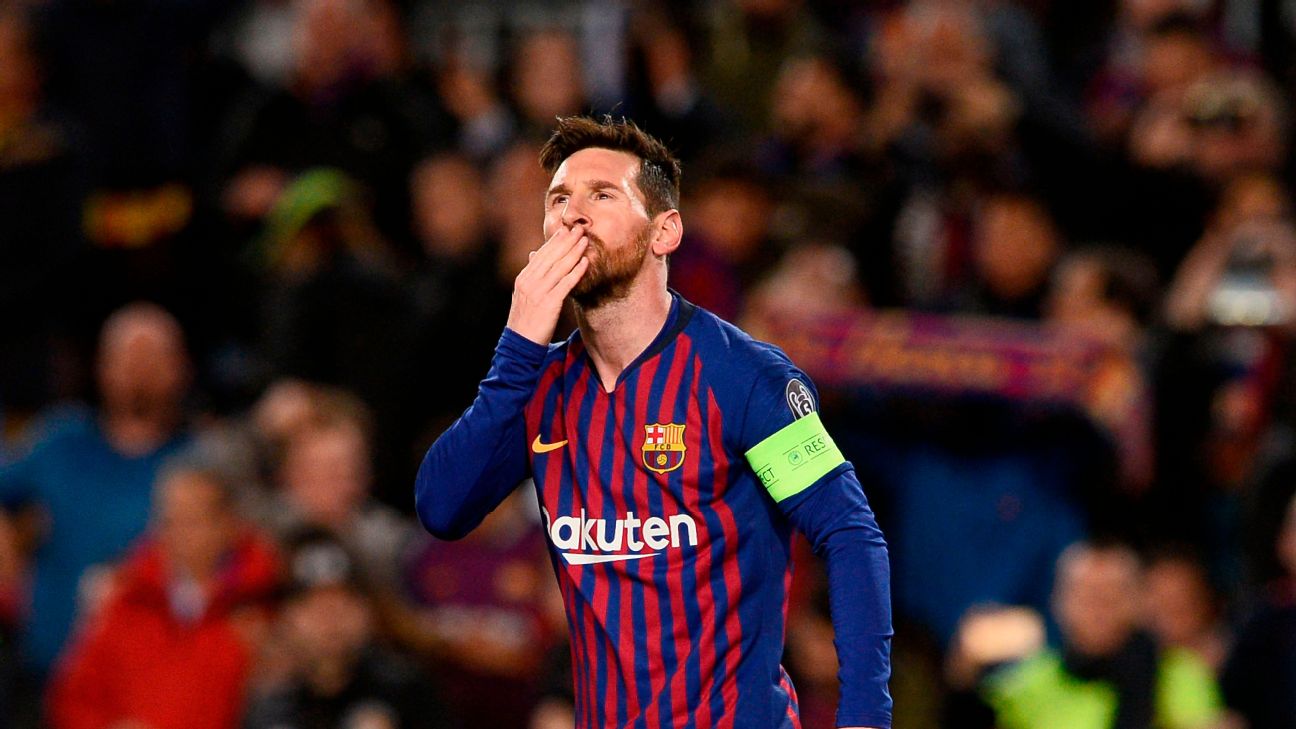 There’s Lionel Messi, and then there’s the rest. The weekend’s football in Europe seemed to suggest so, although one must put this helpful caveat: Juventus gave Cristiano Ronaldo the weekend off.

Here are the best numbers from the weekend:

Lionel Messi scored his 33rd La Liga hat-trick in the course of Barcelona’s 4-1 win away to Real Betis, also his 45th hat-trick for Barcelona across all competitions. He also has six hat-tricks for the Argentina national team, taking his overall tally in competitive football to a whopping 51. Messi now stands just one hat-trick behind the La Liga record, 34, that stands in the name of Cristiano Ronaldo.

Speaking of Ronaldo, he was missing from both the starting eleven and the bench for Juventus during their away game in Serie A to Genoa on Sunday, and Juve were the only team in the Italian league to not score during the weekend, losing 2-0. This was also the first Serie A defeat for league-leaders Juventus, ending the only unbeaten streak in the top five European leagues for the entire season. Their last league defeat had come 329 days ago, when Napoli beat them on April 22, 2018.

Messi now has 21 goals for the season in La Liga, the most among all players. In the top five European Leagues, only Kylian Mbappe of PSG has more goals (26). Messi has two figures that are the best across the top five leagues in Europe this season, though — most direct free kick goals (4) and most goals from outside the penalty area (7).

Here’s a stat that Real Betis fans might not want to read about — Messi has met them 21 times in his career, and also scored 21 goals. Sunday’s hat-trick was also the third straight game against them that he has scored multiple goals in. It’s a small comfort that Betis are the fifth opponent that Messi has multiple goals in 3 straight games against in Spain — Almeria, Levante, Osasuna and Rayo Vallecano know the feeling all too well!

Liverpool had to scrap their way to a 2-1 win away against Fulham, but it was a seventh successive match across all competitions without scoring for Mohamed Salah. This is Salah’s longest scoreless streak since joining Liverpool.

AC Milan saw a 10-match unbeaten streak snap over the weekend in the Serie A, the longest active streak among clubs in Italy’s top division, in the course of a 3-2 defeat. Of course, it was the minor matter of a defeat in the Milan derby to Internazionale. Matias Vecino of Inter opened the scoring inside two minutes, 34 seconds, the fastest derby goal since April 2011 when Alexandre Pato had scored for Milan in 43 seconds.

The other big result of the weekend featured Everton’s 2-0 win against Chelsea, which was the latter’s fourth defeat in their last five away games in the Premier League, games where they have been outscored 15-2. Richarlison’s goal for Everton broke a 498-minute goalless drought against Chelsea — his first since January 2016 — and the win broke Everton’s 25-game winless streak against the Big 6 (Manchester City, Manchester United, Liverpool, Chelsea, Arsenal, Tottenham Hotspur) opposition in the league. They had last beaten a member of that group in January 2017, when they beat Manchester City.