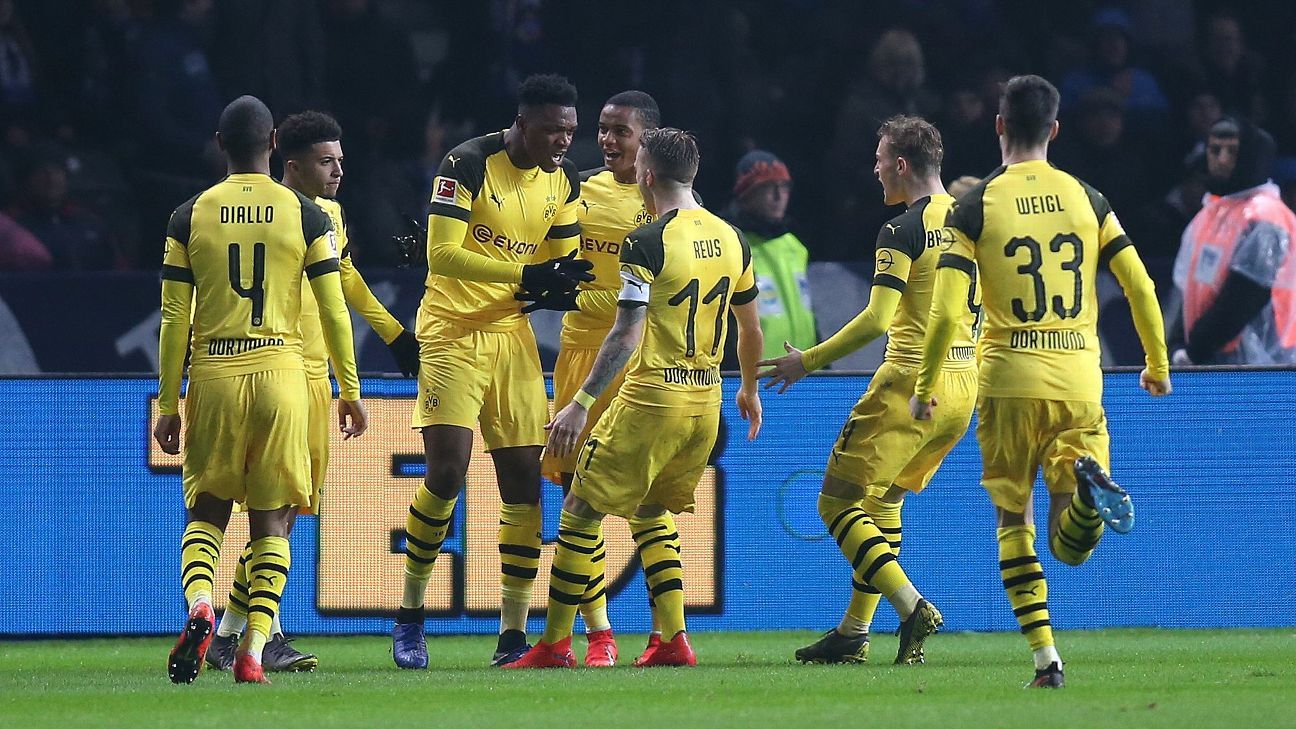 Marco Reus scored a stoppage-time winner as Borussia Dortmund completed a 3-2 comeback victory at Hertha Berlin on Saturday and reclaimed top spot in the Bundesliga.

Dortmund scored through Thomas Delaney in the 14th minute and Dan-Axel Zagadou two minutes after the restart to cancel out Hertha goals from Salomon Kalou.

But despite laying siege to the Hertha box for much of the second half, and with the hosts down to 10 men in the 85th minute following the dismissal of Jordan Torunarigha, they had to wait until stoppage time for captain Reus to find space in the box and fire home his 15th goal of the season.

Hertha captain Vedad Ibisevic then lost his cool and was sent off at the end of the game after throwing the ball at Dortmund keeper Roman Burki.

Dortmund’s Delaney had rattled the crossbar with a powerful shot in the 88th minute after Hertha had also hit the woodwork.

The dramatic win puts Dortmund on 60 points, three ahead of Bayern, who travel to Mainz on Sunday.