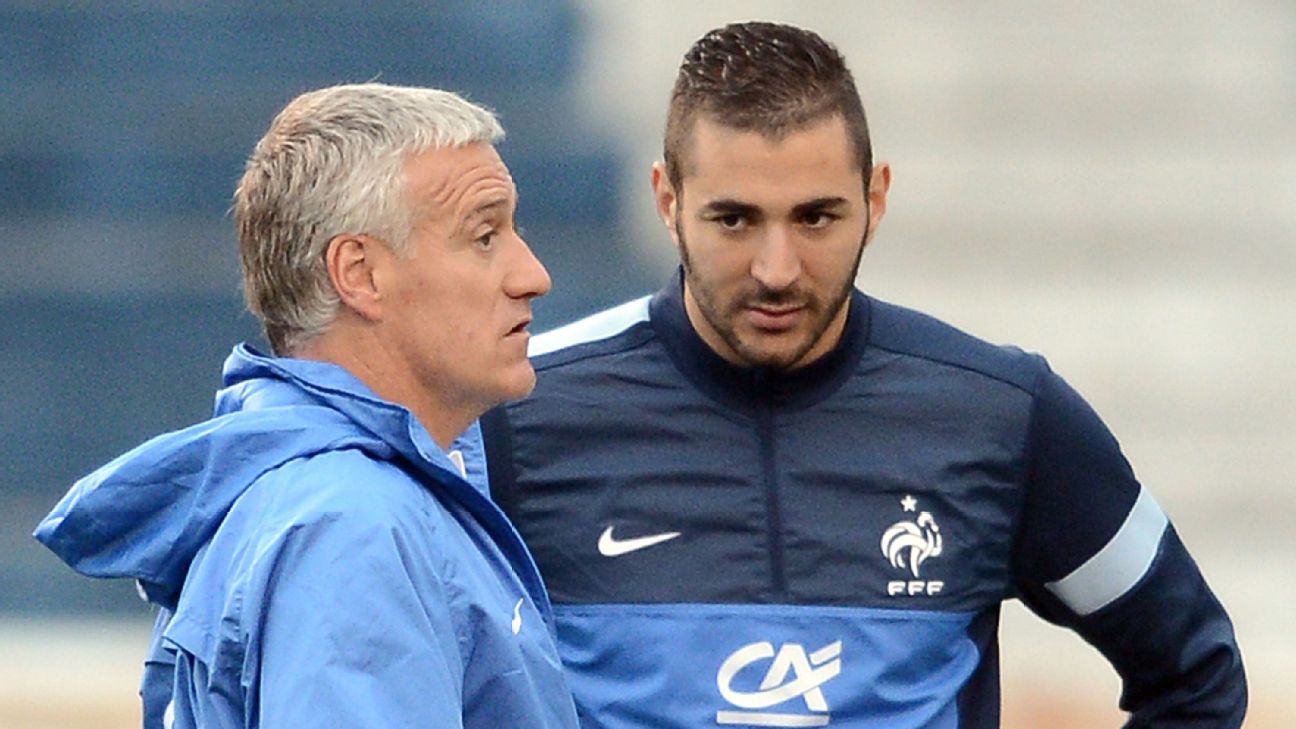 Deschamps will announce his squad on Tuesday at 3 p.m. ET live on French television. After being a key player for the national team coach from 2012 when Deschamps took over from Laurent Blanc, the two men fell out over Benzema’s alleged involvement in the Mathieu Valbuena sex tape scandal. In an interview with Spanish newspaper Marca, Benzema accused Deschamps of having “bowed to the pressure of a racist part of France” when agreeing to leave him out of the squad.

The Real Madrid striker is suspected of pressuring Valbuena in 2015 to pay blackmailers who threatened to reveal an intimate video in which Valbuena featured. Benzema will stand trial from Oct. 20-22 on the charge of complicity in attempted blackmail. He denies any wrongdoing.

Four other people will also stand trial over the attempted blackmail scheme. When the story broke, Benzema faced a deluge of criticism and then Prime Minister Manuel Valls said he had “no place” in the national team.

– Stream LIVE games and replays on ESPN+ (U.S. only)

Benzema has appeared 81 times for France, and scored 27 goals.