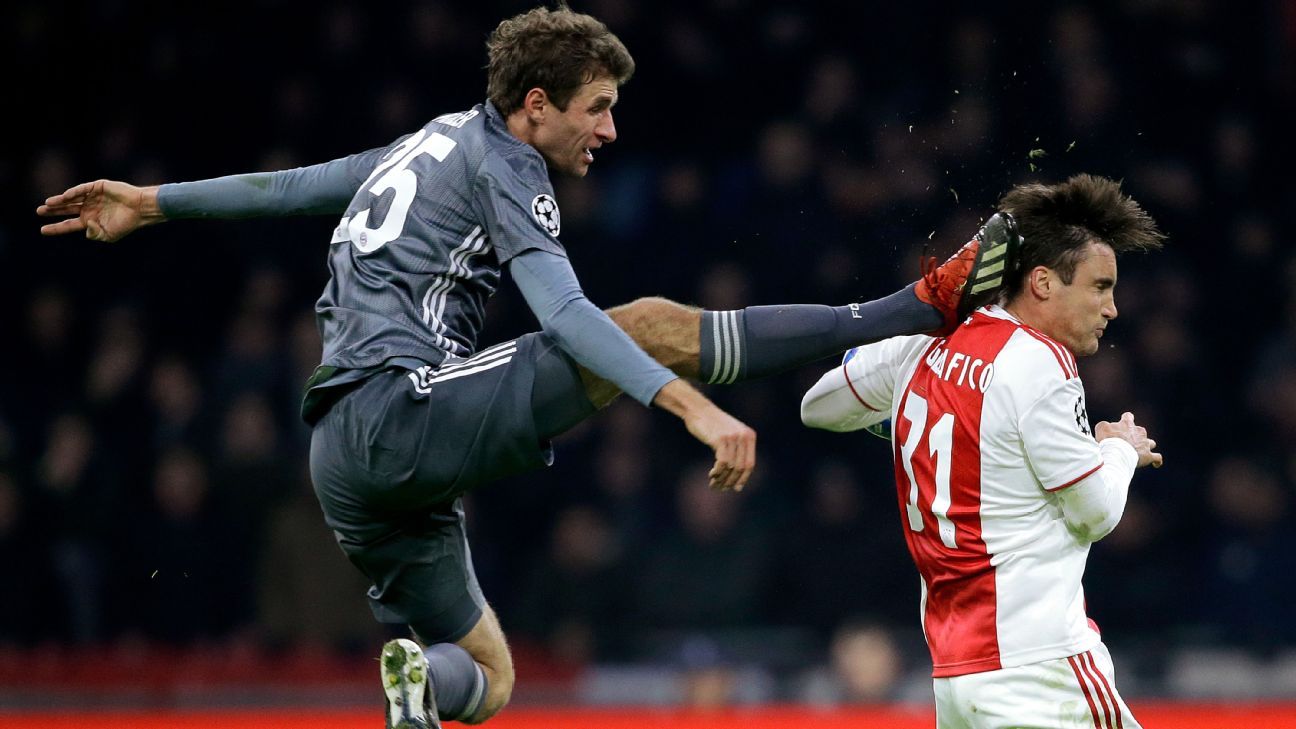 Bayern Munich forward Thomas Muller is suspended for both legs of the upcoming Champions League round-of-16 clash against Liverpool, UEFA has confirmed.

Muller was sent off in Bayern’s final group match in December when, in attempting to bring down a high ball, his high boot caught Ajax defender Nicolas Tagliafico on the back of the head.

After the match, Muller posted an apology on his Twitter account which read: “I am very sorry for that what happened yesterday! Was not intentionally [sic]. Get well soon.”

Tagliafico went on the score a 95th-minute equaliser for Ajax to claim a 3-3 draw. Both teams had already confirmed their qualification from Group E before the match. Bayern finished as group winners, with both teams each going unbeaten over their six games.

Muller, 29, has only scored four goals in 16 Bundesliga appearances this season, and has not found the net in Europe since he scored a brace against Besiktas in February last year.

Bayern will travel to Anfield for the first leg against Liverpool on Feb. 19, with the Premier League leaders coming to the Allianz Arena on March 13.