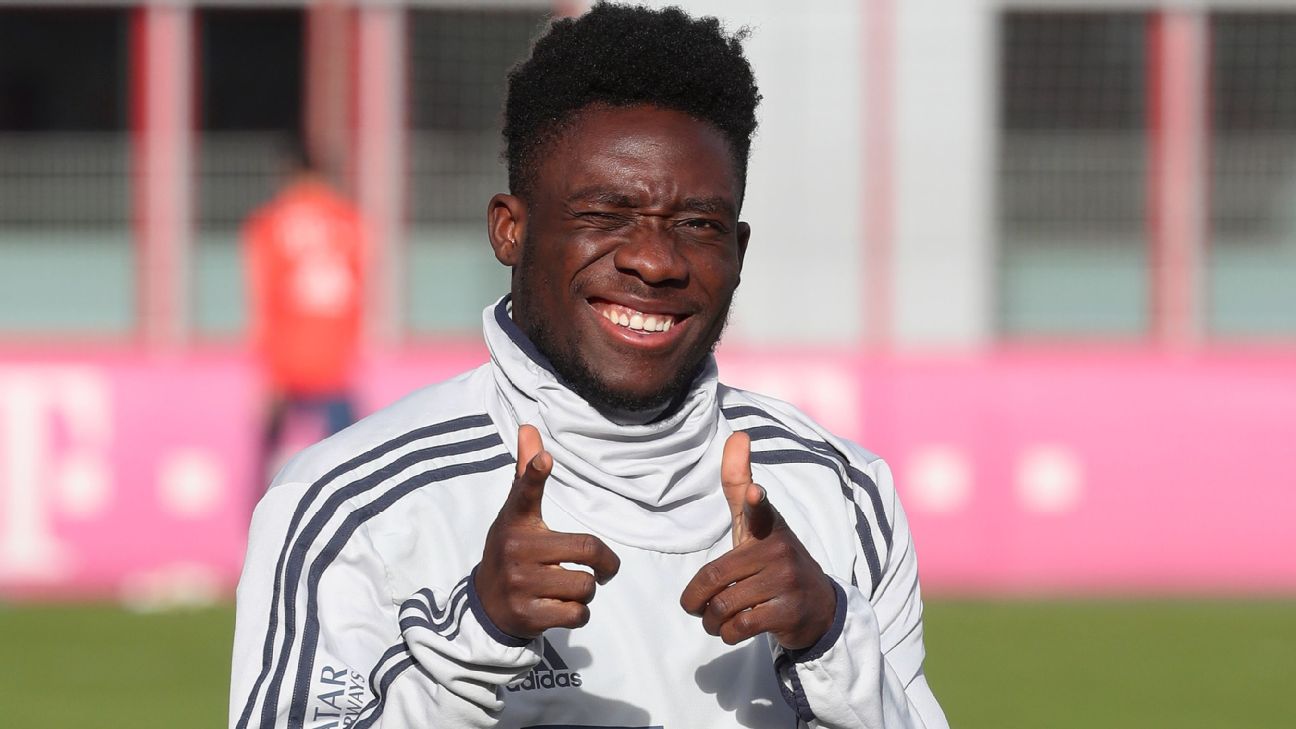 Canada international Alphonso Davies is confident his Bayern Munich side will be mentally and physically set to continue their push for the Bundesliga if action resumes in the German top flight.

The Bundesliga is hopeful of being the first major European league to resume after it was paused due to the coronavirus pandemic. League chiefs are aiming for a return to action in May, but the plans need the green light from the German government.

– Stream new episodes of ESPN FC Monday-Friday on ESPN+
- Stream every episode of 30 for 30: Soccer Stories on ESPN+

Bayern Munich returned to training on April 6, and Davies said it was “like going back to school again.”

But with the squad practicing social distancing and groups kept small, there weren’t any high-fives or fist bumps. The protocols were explained to the players via their WhatsApp group chat with physical contact kept to a minimum.

“We don’t really do set pieces, we just are getting back our touches, our energy, our fitness,” Davies said. “So [we do] some passing, some shooting, some running. It keeps us in shape and keeps us ready for when they say if we’re going to play or not. As of now, we’re just trying to keep fit.”

Davies was talking via a virtual news conference. He’s enjoyed a breakout season in which he has established himself as the club’s starting left-back. While the players are waiting to see when the league resumes, he says they are focusing purely on training rather than the discussions around what it will take to get the Bundesliga back in action. If it resumes, then Bayern Munich will find themselves four points clear at the top of the league with nine matches left.

Bayern Munich’s last match was on March 8, but Davies played down any suggestion it’ll take time to re-find match intensity after the break.

“I don’t it’ll be tough at all,” Davies said. “We know the season might start again, so we’re all preparing for it both mentally and physically. For me, my touch might be a little bit off, but I think I’ll be fine. Having all these training sessions with the team, we’ll be ready to play again.”

Davies, 19, signed a new deal with Bayern Munich last week which keeps him at the Bundesliga champions until 2025.

“Each and every day I try to perform on the field and give everything in training,” Davies said of his new contract. “Them extending my deal is a dream come true and them seeing potential in me. I just want to keep striving, keep my mentality as it is right now and keep fighting.”