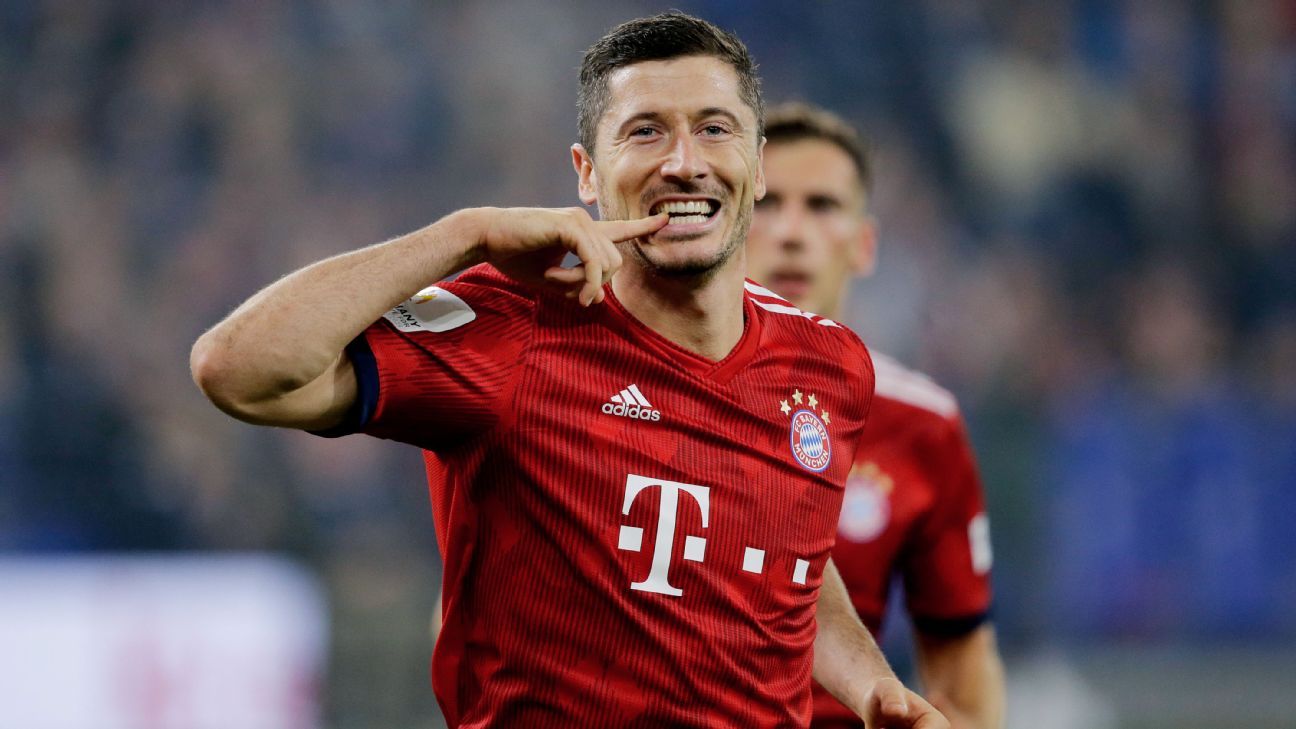 Bayern Munich striker Robert Lewandowski has said the team’s struggles in the first part of the season can have a positive effect on their Champions League campaign.

Bundesliga champions Bayern trail leaders Borussia Dortmund by nine points and have not won a league game at home since September.

But Lewandowski told Bild he believed Bayern could still achieve great things in the Champions League, which they won in 2013.

“I want the tension to remain high. We all know what happened in recent years once we sealed the league title. You are fooled into believing that you can relax a bit and step it up again in the Champions League, but that’s not that easy.

“Sometimes, fighting for everything every third day is better. It’s easier to maintain form until the end of the season.”

Despite Bayern’s nine-point deficit to Dortmund, Lewandowski said BVB’s lack of experience at the top of the league could end up being to his team’s advantage.

“It’s easier to chase and attack from behind than having to watch your back at the top all of the time, especially when you don’t have the experience,” he added.

On Saturday, Bayern host Nurnberg at the Allianz Arena and head coach Niko Kovac told a news conference: “No matter how, we want to win that match tomorrow.”