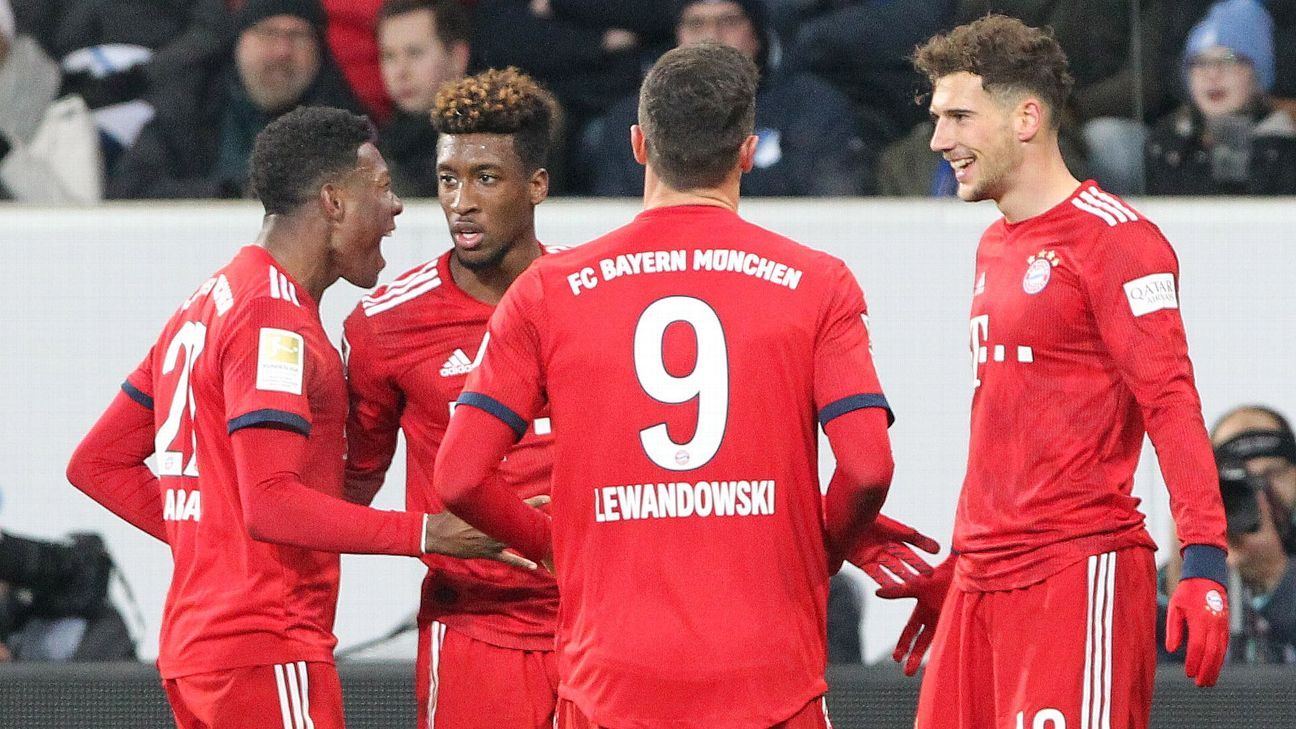 Leon Goretzka scored twice to give champions Bayern Munich a 3-1 victory at Hoffenheim on Friday and cut Borussia Dortmund’s lead to three points as the Bundesliga resumed after the winter break,

The Germany midfielder scored both his goals in the first half and Robert Lewandowski added another in the 87th minute to earn the three points that lifted Bayern to 39, three behind Dortmund, who travel to RB Leipzig on Saturday.

“We did not play to rattle Dortmund. We wanted to make a good start to the year and play a good game,” Goretzka told reporters.

“Obviously, we want to be champions. We are six points behind and have to catch up. We are the hunters now and we need to win our games.”

It was the first time since 2011 that Bayern started the new year not as Bundesliga leaders and they have won the title for the last six years. Hoffenheim suffered their first loss in 11 league games to remain in seventh place.

Bayern, who have now won their last six league games, were eager to lay a marker down at the start of the year, with Dortmund in command of the league and Liverpool awaiting in the Champions League round of 16 next month.

They twice went close early in the game through Lewandowski and Thomas Mueller but both fired narrowly wide of Oliver Baumann’s goal.

Hoffenheim coach Julian Nagelsmann had won the previous two home matches in the league against Bayern but his team were under pressure from the start and Baumann made a desperate stop on the line after a goal-mouth scramble.

He made another sensational save on Lewandowski’s 35th minute header but was beaten on the rebound by Goretzka.

The 23-year-old got his second in first-half stoppage time to complete a textbook Bayern counter-attack over 80 metres.

But the visitors’ superiority was reduced after the interval and it was Hoffenheim who were more dangerous, threatening on the break and cutting the deficit with Nico Schulz’s fine finish on the hour.

“We were scared in the first half. Very weak first half,” Nagelsmann said. “We did it better in the second half, We had our chances to score an equaliser.

“But unfortunately we did not do it. You just have to use your chances better if you play against a team with the quality of Bayern.” (Reporting by Karolos Grohmann, editing by Ed Osmond)