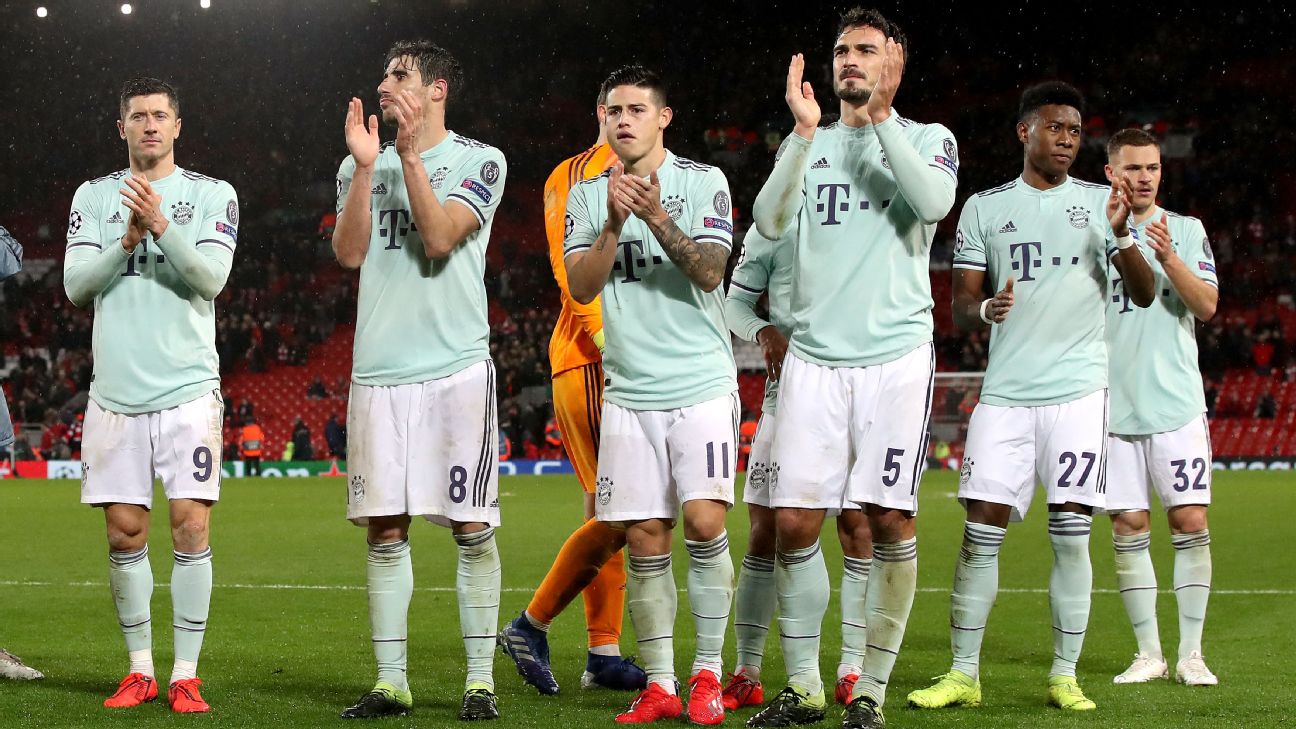 Thanks to the much-maligned aways goal rule in European football, many consider a 0-0 draw in the first leg of a knock-out tie a good result for the home team. But after Tuesday night’s game at Anfield, Bayern Munich walked away by far the happier side.

The German champions probably knew that a goalless draw statistically tilts the tie in favour of the away side. In 31 previous first-leg 0-0 draws in the Champions League, the club hosting the return fixture have gone through 21 times. Based on those (admittedly small) numbers, Niko Kovac’s side left a rainy Merseyside with a 68 percent chance of qualifying for the quarterfinals.

The satisfaction that Bayern’s players showed after the final whistle went much deeper than mathematics, however. Theirs was the happiness of craftsmen pleased with their work after a long day battling sawdust on the shop floor, the satisfaction of a job well done.

“We got what we wanted from this game,” Kovac said proudly. When you come to not lose, a draw feels like a win.

The 47-year-old had set the survivalist tone before kick-off, telling German television that it was vital for his team to “come through the first 20 minutes.” They braced themselves for the mythical Anfield storm and defended stoutly enough to ensure it never arrived. No wonder they were in good spirits after their spoiler tactics worked.

Kovac received some well-deserved warm words from Karl-Heinz Rummenigge for navigating a team that have looked brittle and devoid of togetherness into collective battle mode.

“The coach set up the team very well, tactically,” Bayern’s executive chairman said. “The boys obviously did what the coach had instructed them to do. I believe this was an important game for him. In the knockout rounds of the Champions League, you get the big matches when a coach can be influential, tactically. The team and him have coped well today.”

Kovac couldn’t agree more. He said: “We were well set up tactically, as well as mentally and physically present. Everyone was there for each other. When we have structure in our game, it’s difficult to score against us.”

One could forgive him the bout of self-congratulation. This was the first time since his arrival in the summer that his team really bought into his ideas and played like a Kovac side, with an underdogs’ fighting spirit, selfless sacrifice and togetherness.

Too often, opponents have found it rather easy to score against a Bayern team playing without any discernible structure. The difference is one of attitude, he insisted: “I wish we would have the same mentality in the league.”

On Tuesday night, by contrast, Javi Martinez rolled back the years to expertly shield the back four, and you could also see the minor miracle of James Rodriguez tracking back. Serge Gnabry and Kingsley Coman were doubling as full-backs without possession, Robert Lewandowski was trying his best to hustle, while Joshua Kimmich and David Alaba hardly put a foot wrong all night against elite opposition.

Kovac, a former defensive midfielder, had his team playing in his image. The improvement to Bayern’s defensive stability was noticeable and hugely encouraging.

“With the discipline we had in all positions today, it’s easier for any defender in the world,” Mats Hummels said. One of Bayern’s best performers, the 30-year-old had long complained about a lack of protection from midfield. The same problem had been at the heart of Germany’s catastrophic World Cup experience last summer when they finished bottom of their group.

The pleasure of executing a tactical plan was slightly tempered by its rather limited scope, however. For all the progress Bayern made in terms of performing like a team at last, their new-found structure and togetherness were only really in evidence without the ball. On the few occasions they ventured into Liverpool’s half, the tactics didn’t go much beyond hoping that Gnabry or Coman would beat their men on the flanks to create an opening.

Bayern fighting and scrapping like a souped-up version of Eintracht Frankfurt, Kovac’s former team, could well be enough to reel in Borussia Dortmund at the top of the Bundesliga table. But that’s unlikely to be viable game plan in the second leg against Liverpool when the onus is on the Germans to attack.

There’ll a greater need for another first in three weeks’ time: for once, Kovac has to come up with conducive ideas up front that do not endanger their own goal. Walking through the storm is one thing. Conjuring one up yourself is quite another.