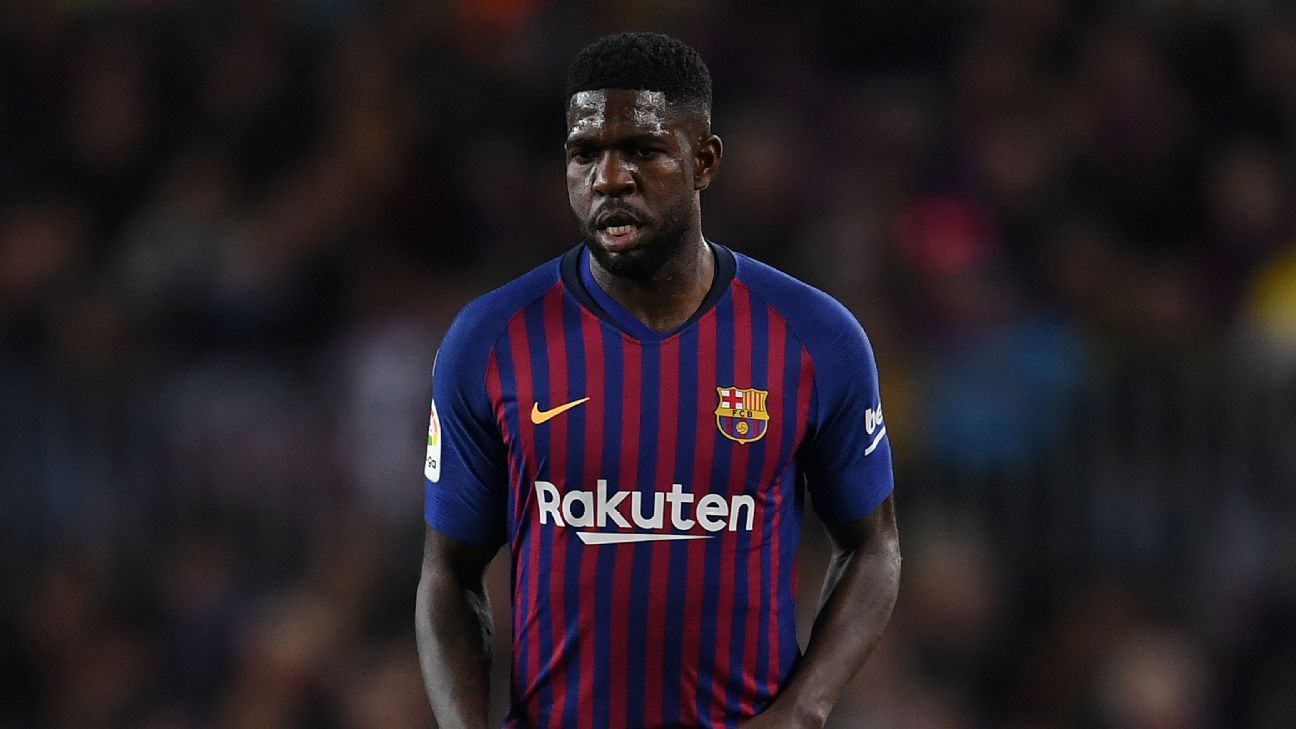 Barcelona defender Samuel Umtiti has said he did things at last summer’s World Cup which “were not necessarily good in the long-term” and have forced him to miss large parts of the season with a knee injury.

Umtiti, 25, has recently returned to fitness but has missed the majority of the campaign. The defender was out for six weeks between September and November and again for another 10 weeks after re-injuring his knee on his return against Atletico Madrid on Nov. 24.

The issue has been ongoing since before France’s successful World Cup campaign.

“I had to work on strengthening my quadriceps and a whole chain of muscles [around the knee],” Umtiti told L’Equipe. “I had a big imbalance. I had had it for a while.

“I had to work three times harder to get back. During the World Cup, I didn’t necessarily do what was necessary — or rather, things were done that I should have avoided.

“I have always been professional but there are protocols and certain things that you are asked to do even though they aren’t necessarily good in the long-term. I regret those things a little bit.

“But it’s in the past. I’m not angry with anyone. I think the majority of people who gave me advice did so for my own good. Even if certain things were not necessarily good for my knee. But I’m an adult. I took those decisions on my own. I should have done it differently.”

Umtiti favoured conservative treatment in Qatar over surgery, which may have provided a quicker fix to his problems. He maintained that he took the right option and said reports Barca were angry he didn’t have the operation were not true.

“The easy thing would have been an operation,” he added. “But I’m not like that. I’m strong mentally and I don’t give up, even when it’s tough.

“There were times when I said I should give up and have an operation. But I held out. During that time, I was quite cold and closed. I wasn’t happy. I just wanted to get out of that nightmare.

“But contrary to what certain people have said, I have never been in conflict with my club over the steps to take. They have always listened to what I felt.”

Umtiti has come through 90 minutes twice — against Sevilla and Rayo Vallecano — since returning to action at the beginning of February.

The centre-back could feature against his former side Lyon on Wednesday in the Champions League and may even be in the France squad later this month.

He said he will speak with Didier Deschamps soon to decide if now is the right moment to return to international football.

Information from ESPN FC’s France correspondent Ian Holyman was used in this report.