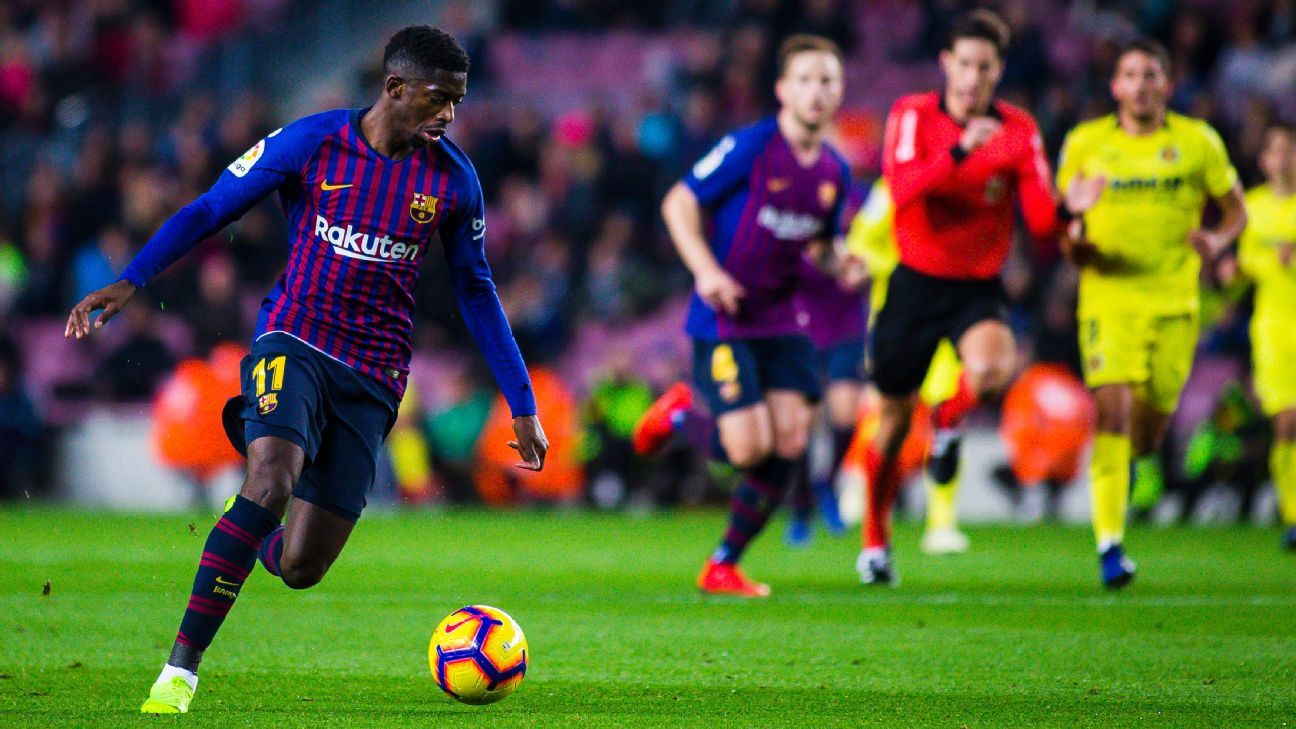 Ernesto Valverde challenged Ousmane Dembele to maintain his form after the France forward impressed in Barcelona’s 2-0 win over Villarreal on Sunday.

Dembele started Barca’s first nine games of the season but has been in and out of the side since he was dropped for the Champions League game at Tottenham in October.

His professionalism has been called into question, with sources confirming to ESPN FC that his bad habits were a concern, but he’s made a big impact on the pitch over the last week.

A late goal against Atletico Madrid earned Barca a point, he set up Messi’s goal against PSV Eindhoven and his brilliant cross created Gerard Pique’s opener against Villarreal.

“Dembele produced a great performance,” Valverde said in a news conference after the game.

“He was one of the players that stood out. He has so many things to his game: pace, he can dribble, beat players, self-confidence, he takes risks… We hope he can keep showing that in the coming games.

“But this has been coming, it’s not an isolated [performance]. But we can also ask for more. He ended the game tired after the effort he put in and we’re really happy with him.”

Dembele’s pace and trickery was Barca’s main outlet against Villarreal but the goal which sealed the win came from B-team midfielder Carles Alena after a brilliant through ball from Lionel Messi.

“[The goal] is a prize for Alena because he’s a player that’s always [training] with us, he’s earned the jump from the second team to the first team,” Valverde said.

It was Alena’s first goal in La Liga for Barca, although he has scored once before for the club in the Copa del Rey in 2016.

“Everything is easier with Messi, only he can see that pass,” the 20-year-old told reporters, playing down the significance of his lovely dinked finish over Sergio Asenjo. “[Messi] puts the ball where he wants. Then, with the one on one, I was really happy to score at Camp Nou. It’s a dream come true. Thanks to my teammates, everything went well, but the win was the most important thing against an opponent that made things difficult.”

Alena, who’s set to start in the midweek cup game against Cultural Leonesa, now wants to nail down a regular place in Valverde’s side.

“I have to take advantage of the chances I get, like in the Copa the other day and then again today,” he added.

“It’s about doing well and giving the coach a headache when it comes to picking the team. I know I am doing well and now I have to make the most of the opportunities which come my way.”

The win against Villarreal, combined with Sevilla’s draw with Alaves on Sunday evening, puts Barcelona back