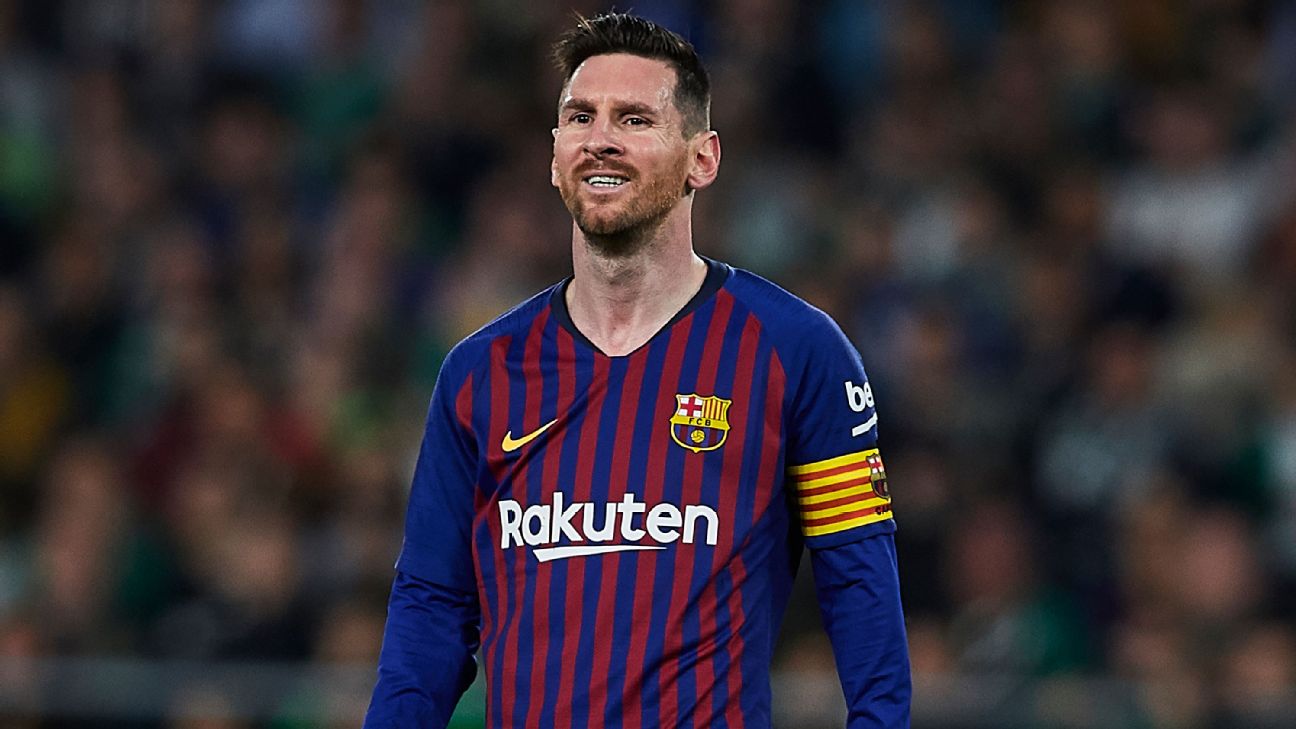 Lionel Messi has said even his son questions why he is crucified in Argentina as the Barcelona forward continues to suffer criticism in his homeland.

Messi, 31, returned to the Argentina squad for last week’s friendly defeat against Venezuela. It was his first appearance for the national team since World Cup elimination to France last summer. But he dropped out of the squad for Tuesday’s game in Morocco due to a groin problem which has been hampering him since Christmas.

After four days off, he returned to training with Barcelona on Wednesday, which led to a slew of abuse in his native Argentina about his decision to miss the friendly match against Morocco.

“I’m used to what they say about me, they are always making things up about me,” the Barca forward told Radio 94.7. “Nothing surprises me.

“There are a lot of lies being told and it makes me angry because people believe what they say. Anybody can say anything, people buy into it and then I’m the bad guy.

“The truth is I went into the international break with a strain I’ve had since before the winter break. It’s a complicated groin issue. I feel better, but I have to look after myself.”

Messi, who has scored 39 goals for Barca this season in all competitions, remains committed to Argentina despite the criticism. He has lost four international finals for the Albiceleste but will get another chance to lift silverware this summer at the Copa America in Brazil.

“I’d love to win something with Argentina,” he added. “I’m going to play in all the important competitions.

“A lot of people were saying that I shouldn’t come back [after the World Cup] and my six-year-old son [Thiago] even asked me why they crucify me in Argentina.”

Despite that, the Argentina international has been included in the squad for Saturday’s derby against Espanyol and will also be fit for the upcoming Champions League tie against Manchester United.

Messi was also asked to name the best players in the game.

“It was nice to have Cristiano Ronaldo here, even though it annoyed me seeing him win so many trophies,” he responded. “Excluding him and me, the best players in the world are [Kylian] Mbappe, Neymar, [Eden] Hazard, Suarez and [Sergio] Aguero.”