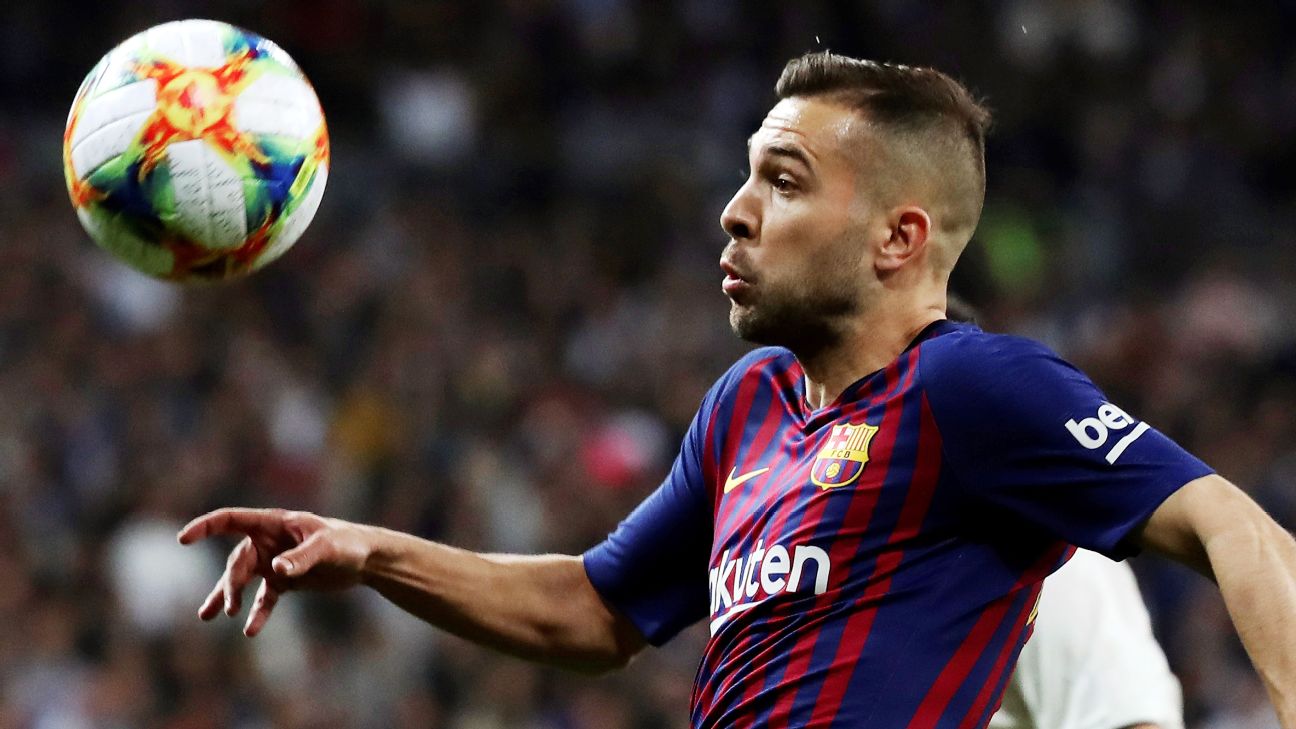 Jordi Alba has signed a new contract with Barcelona to extend his stay at Camp Nou until 2024, the Catalan club announced on Thursday.

Alba’s new deal sees his release clause rise from €150 million to €500m and ensures he will remain under contract at the club until he is 35.

The left-back’s deal was due to expire in 2020 but there was always a will on both sides for the terms to be extended, despite reported interest from Juventus and Manchester United.

Alba, 29, has never hidden that his desire is to retire at Barcelona if possible and president Josep Maria Bartomeu has reiterated that the club always wanted to keep hold of him.

After being released from Barca’s academy as a youngster, Alba eventually returned in 2012 as a €14m signing from Valencia.

The Spain international has been an ever-present in the back four ever since, amassing nearly 300 appearances under Tito Vilanova, Gerardo Martino, Luis Enrique and Ernesto Valverde.

Alba is currently the only left-back in Valverde’s first-team squad and has been one of Barca’s most important players in attack as well as defence this season.

He has set up 10 goals already across 30 games in La Liga and the Champions League and his relationship with Lionel Messi has become a focal point of the team’s attack.