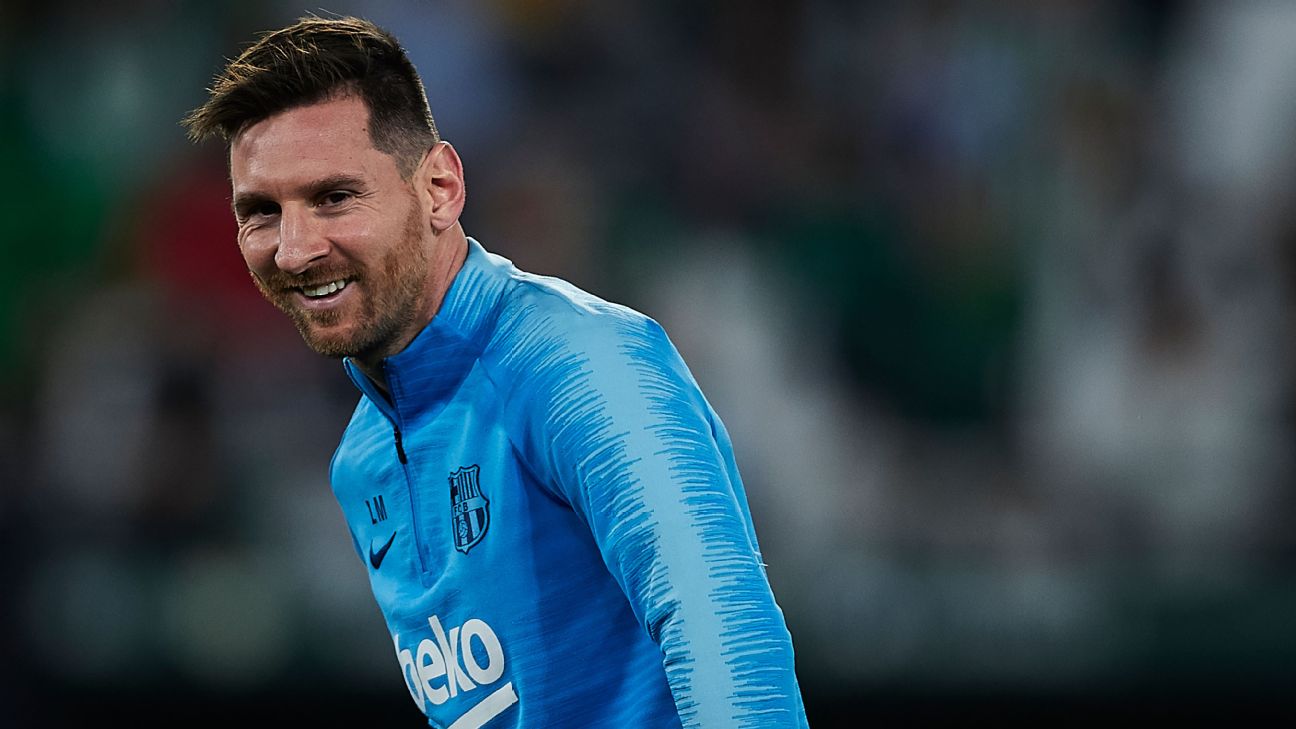 Lionel Messi and Luis Suarez should both be fit for Barcelona’s game against Espanyol on Saturday but Ousmane Dembele is still a couple of weeks away from making his first-team return.

Messi was back in training with Barca on Wednesday after missing Argentina’s win against Morocco on Tuesday with a groin problem.

Suarez, who sprained his ankle against Real Betis before the international break, took part in the first half of the session having trained on his own for the last two days.

Barca are hopeful both forwards will be fit when they return to league action this weekend against city rivals Espanyol at Camp Nou.

Dembele is still not back in full training and remains a doubt for the first leg of the Champions League quarterfinal against Manchester United.

The France international will not be available for Saturday’s game and is unlikely to be ready for upcoming La Liga matches against Villarreal and Atletico Madrid.

Sources at the club have said the France forward should be fit in time for the game against United at Old Trafford on April 10 but the trip to England may come too soon for him to start.

Instead, the club are working with the idea of having him 100 percent fit for the return game at Camp Nou a week later.

Dembele initially injured his hamstring in Barca’s 3-1 win over Rayo Vallecano but was rushed back to feature as a substitute in the win against Lyon four days later.

He came on for the final 30 minutes of Barca’s 5-1 Champions League success but aggravated the injury and was ruled out for a month.