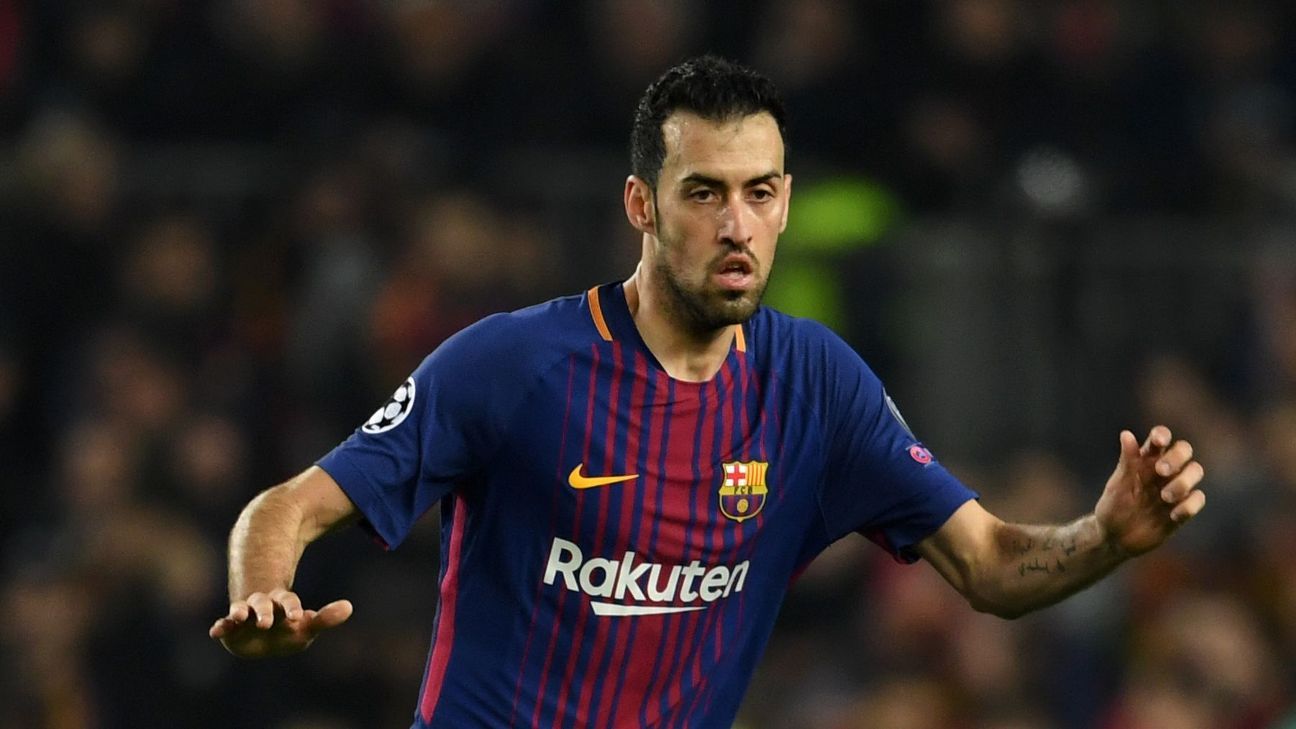 Sergio Busquets warned Barcelona they can’t “obsess” over last season’s shock defeat to Roma as they look to end a run of five knockout games without an away win in the Champions League against Lyon on Tuesday.

Barca have come up short on the road against Roma, Chelsea, Juventus, Paris Saint-Germain and Atletico Madrid in Europe in recent seasons. Their last away win in a two-legged tie was against Arsenal in 2016.

That poor run of form has included defeats by four and three goals at PSG and Juve, respectively, but it’s last year’s surprise loss to Roma which still carries scars for Barcelona.

The Catalan side were beaten 3-0 in the Italian capital, exiting the competition at the quarterfinal stage on away goals after winning the first leg at Camp Nou 4-1.

“The way in which we went out hurt everyone but we can’t obsess about it,” Busquets said in a news conference ahead of the round-of-16 game in Lyon this week. “We want to go as far as we can in this competition this season. Hopefully there’s no [Roma] repeat. It is up to us to make sure it does not happen again.

“The statistics have not been good, but each game has to be analysed in isolation. The important thing is what we’re doing in the Champions League this season.

“Our problem in recent years has been away from home, it’s true, but we did well this season in a difficult group. I think that’s what we have to focus on.”

Coach Ernesto Valverde suggested there was an air of complacency ahead of the game in Rome.

“Going into that tie everyone was talking about how we had the best possible draw, saying [Roma] were a weak rival,” he said in a news conference.

“That didn’t help us. We’d only lost one game at that point, we felt we had more to give and we’d won the first leg 4-1 — but you can’t go into these games with your guard down.”

Barca face a Lyon side who have already had some big wins this season. They beat and drew with Manchester City in the group stages and got the better of PSG in the league recently.

The French team is without suspended top scorer Nabil Fekir but Valverde is wary of the collective regardless of the side Bruno Genesio puts out.

“But what I like most is their style. They always attack, they’re strong and they will try to press us so we can’t play.”

Messi has scored 106 goals in the Champions League but Lyon midfielder Houssem Aouar has confidence that left-back Mendy, who’s been linked with a move to Barca, can keep the Argentine quiet.

“I think that Ferland Mendy is ready to face Messi,” he said. “We are confident in the qualities of our squad.”