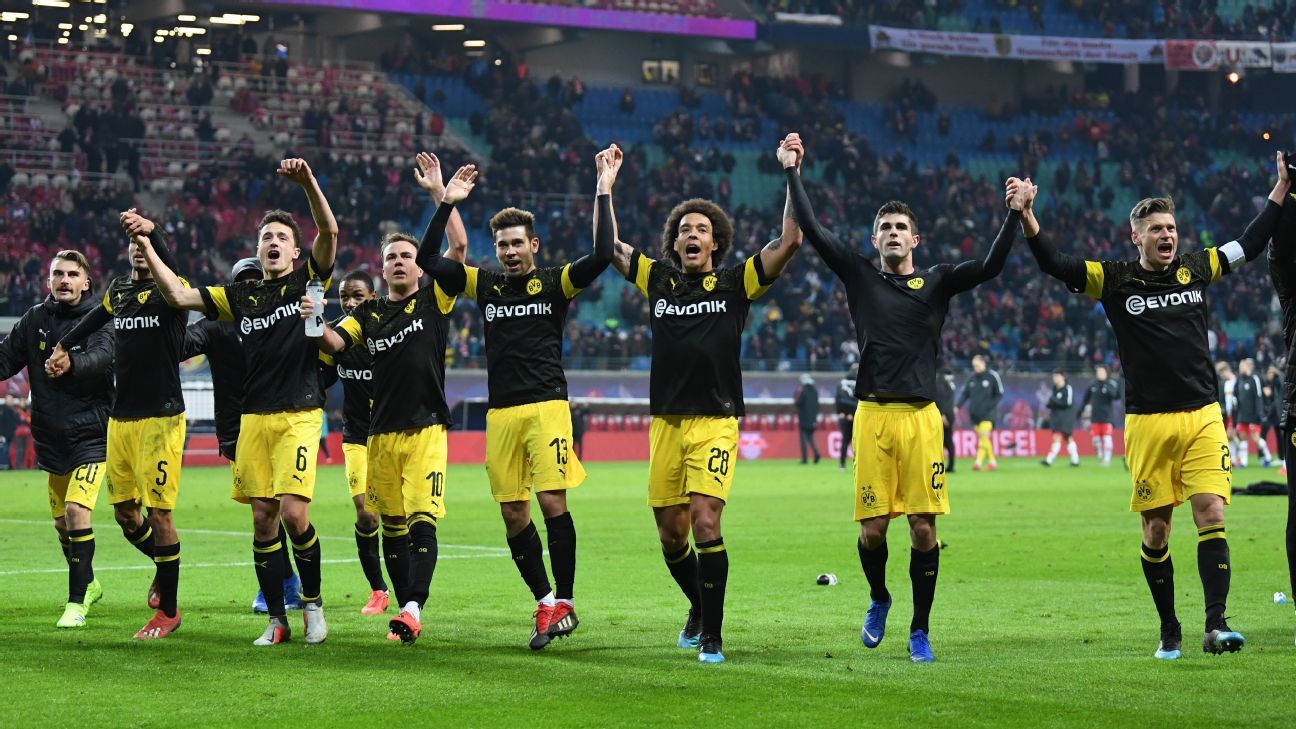 Dortmund were missing in-form captain Marco Reus, who suffered a ligament injury in training on Friday.

But they still managed to earn their eighth win in their last nine league matches, also thanks to Roman Burki’s string of fine saves.

Belgium international Witsel notched his second goal of the season in the 19th minute, firing in at the far post from a corner. His first had come on the first matchday against Leipzig in August.

Leipzig were stronger after the break but Burki repeatedly came to the rescue, including with two saves in the 75th minute and another good stop from a Timo Werner shot two minutes later.

Dortmund supersub Paco Alcacer, who has 12 goals this season, came close to scoring in the 90th minute but his effort bounced off the crossbar.

The Ruhr valley club, who take on Tottenham Hotspur in the Champions League round of 16 next month, are on 45 points, six ahead of second-placed Bayern, who also made a winning start to the year with a 3-1 victory at Hoffenheim on Friday.

Borussia Monchengladbach stayed on Bayern’s heels in third, with a 1-0 win at Bayer Leverkusen that lifted them to 36 points. Leipzig are fourth on 31.